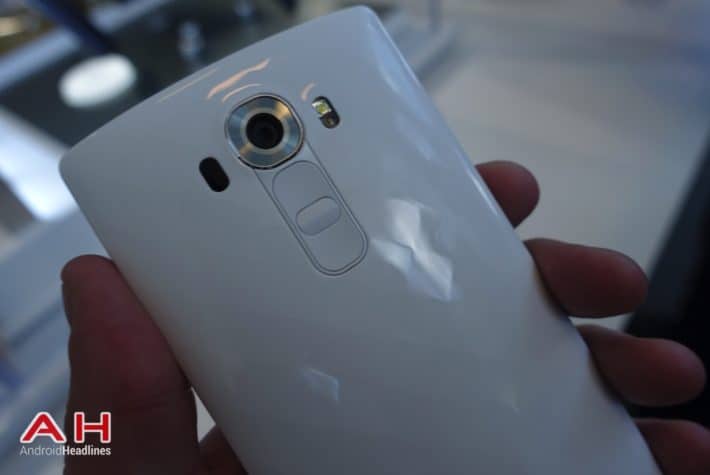 Earlier today, LG announced the G4 at simultaneous events in both London and New York. We were in attendance at the New York event and have been pumping out G4 coverage all day long. Information on the G4's availability is starting to trickle out where the US and networks in the US are concerned, but what about those across the pond in the UK? Well, Three UK have been keen to get in touch with us to let us know that they will indeed be stocking the LG G4, and that they will be the only place to get the Ceramic White version of the G4 until the end of June.

While the G4 was all about the leather, there are more materials that LG will be using in the G4, as well as a variety of different colors, as well. Three is to be the exclusive network to get the Ceramic White version of the G4 until the end of June, which should only really mean something to those in dire need of a new white smartphone. Either way, it's good to know that Three will be even carrying the G4. Last year in the UK, major outlets like EE and Carphone Warehouse decided against stocking the G3, leaving Three one of the best places to get the G3 in the UK. Not only was it affordable, but it was also offered with the LG G Watch in a special offer, too. Right now, we don't have any concrete details on pricing or tariffs from Three just yet, but we'll be sure to share that information when we have it. Those interested however, should take note that Three is the only network in the UK that offers unlimited data and throws in 4G at no extra cost.

The G4 is a 5.5-inch, Quad HD device that packs in so much new technology, that it's worth reading though to try and find out what it hasn't got. Which isn't much, really. This time around, LG have focused on delivering a device that's better in the hand and altogether more elegant a device. It'll be available in the UK towards the end of next month.