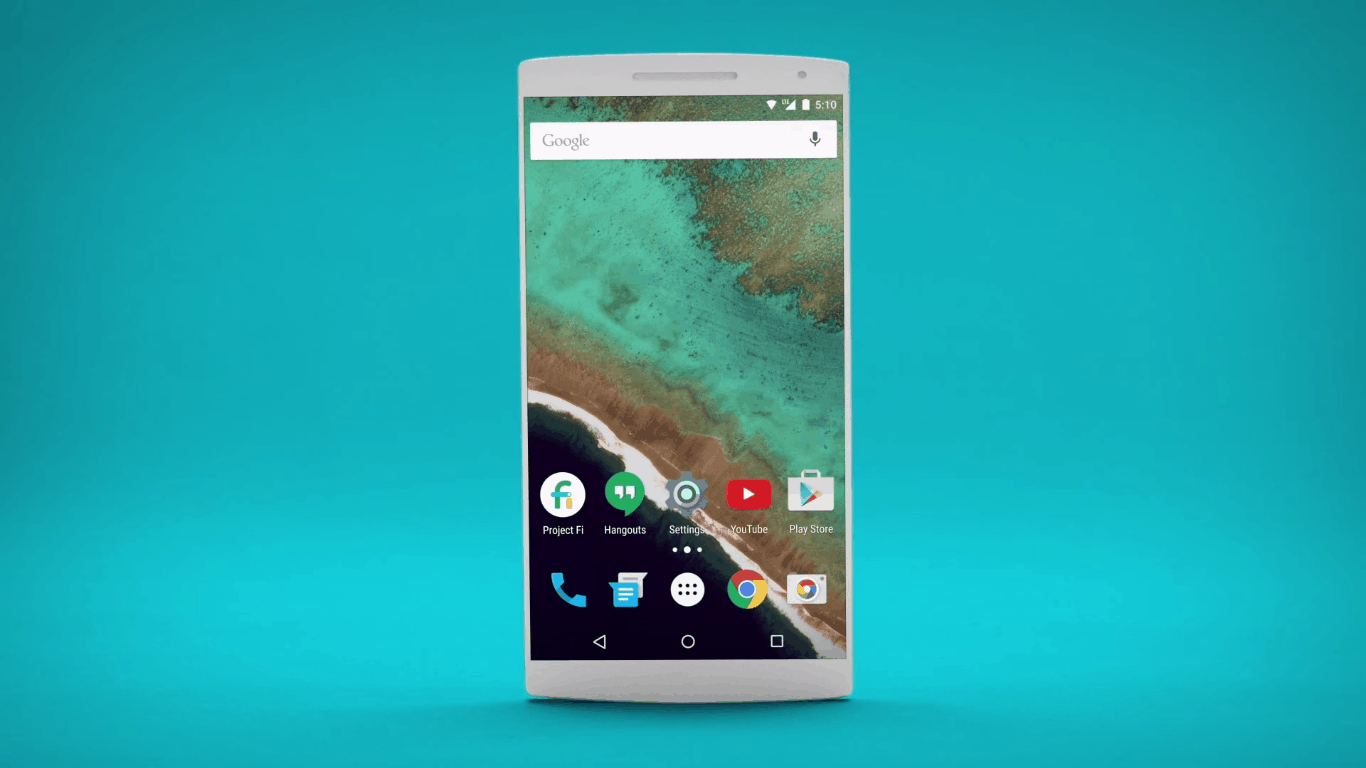 As you all know, Google partners up with an Android OEM each year and releases a Nexus smartphone which is kind of a showcase device for new versions of Google's Android operating system. The last few Nexus devices were rather affordable, until the Motorola-made Nexus 6 phablet launched last year that is. The Nexus 6 features a 6-inch QuadHD (2560 x 1440) display on the front and is nowhere near as affordable as some previous Nexus offerings like the LG-made Nexus 4 and Nexus 5. Google has decided not to introduce a smaller Nexus last year, but that doesn't mean the company won't release it this year however.

We've already seen a couple of rumors claiming that the next Nexus will be made either by LG or Huawei. The rumors were rather quiet for quite some time and now we finally have something to share with you. As you probably know by now, Google has launched the company's wireless carrier project called 'Project Fi' a couple of days ago. Well, in a promo video for that project entitled 'Project Fi: Guide to Checking Data Usage' the company has used a rather interesting render. If you take a look at the video itself which is embedded down below (or just check the provided image above), you'll see the device in question. Now, this is quite probably just a generic render that Google is using in order to demonstrate certain aspects of 'Project Fi', but there's always a possibility that it's the upcoming 2nd-gen Nexus 5 handset.

Google has actually showed off the Nexus 5 before it was released as well, at the unveiling of Android KitKat statue. So, it's not exactly impossible that this is the upcoming Nexus smartphone, but it's quite improbable. The handset does fit the bill though, it's rather minimalistic in terms of design and it kind of resembles the Nexus 5 in general shape. Besides, it makes us wonder why didn't they just used the Nexus 6 in order to promote the Google Fi. Is this the Huawei or LG-branded Nexus 5? Well, probably not, but we'll let you be the judge of that.