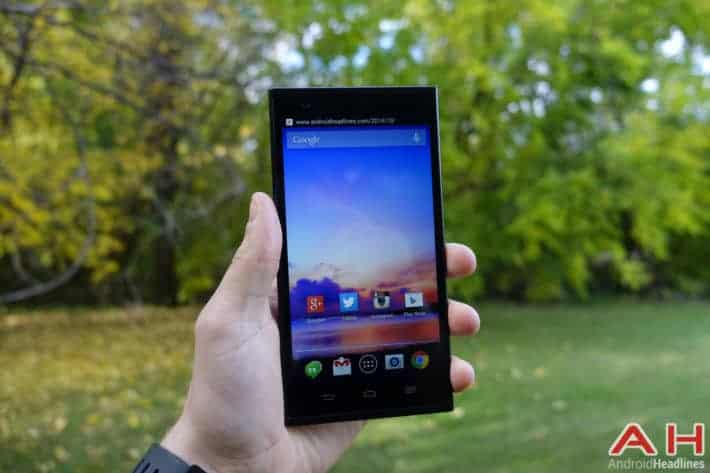 T-Mobile seems to be pulling devices from its lineup which haven't been around for very long, as they've previously pulled the Sony Xperia Z3 which had only been stocked in T-Mobile retail stores and at T-Mobile's online website for a mere six months before it was no longer available. That was just last month. Now, it appears that T-Mobile is pulling the ZTE ZMAX device as well, a low-end device with a larger display and OK specifications and a very modest price compared to the Xperia Z3, a rather high-end product with powerful hardware. Why the phone has been pulled could be due to sales reasons, or it could be due to issues with handsets, unfortunately there is not yet an explanation as to the decision.

According to a screenshot of an internal T-Mobile memo, the ZTE ZMAX was to be pulled from shelves as of April 15th, which is today, and employees were given instructions not to sell any more of the device until further notice. The words "until further notice" suggests that T-Mobile may end up restocking the shelves with this device again at some point, although there is no clarification on that either and they could be pulling the ZTE phone for good. In addition to pulling the device employees are to also pull any related inventory, which means customers won't be able to buy accessories for the ZMAX even if they had already owned the phone, at least, not from T-Mobile.

The ZTE ZMAX had been in T-Mobile stock for about seven months, only a month longer than the Sony Xperia Z3 before it was pulled. The memo also details that all Metro PCS locations which had been carrying the ZTE ZMAX and any related inventory are also to suspend sales and pull stock from the floor, so if you had any hopes of picking up the phone or purchasing a new case perhaps, you'll have to be looking elsewhere until T-Mobile and ZTE might decide to resume sales, which may not end up happening at all. If you're interested in seeing what the ZTE ZMAX is all about, you can take a look at our review here. 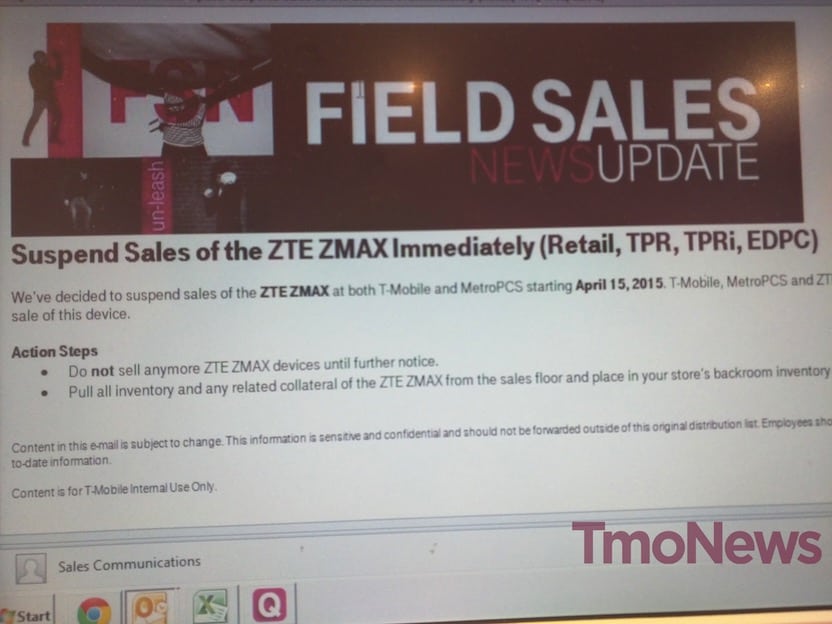