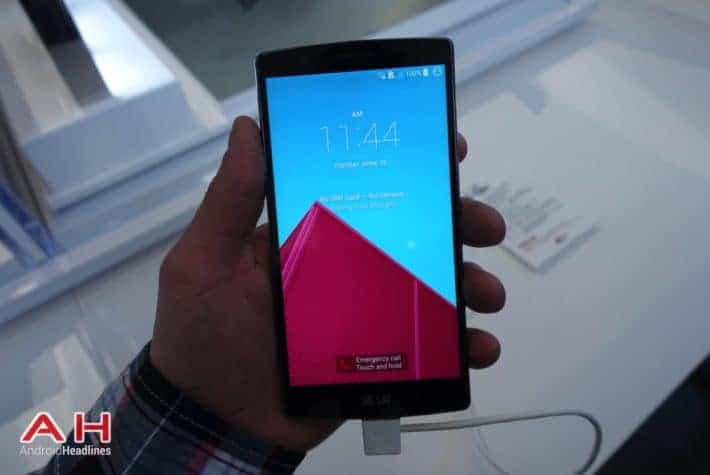 If you have been following the news this morning, then you will know that LG have finally unveiled their latest, G series smartphone, the LG G4. This device has been the subject of a massive amount of leaks and speculation over the last couple of days and weeks and now all the details of the device have been officially confirmed. If you missed the earlier reports or the live streaming of the unveil, then here is a quick spec recap.

The LG G4 comes with 5.5-inch display with a 2560 x 1440 resolution. Inside, the device is equipped with 3GB RAM and powered by a Qualcomm Snapdragon 808 64-bit hexa-core processor, along with an Adreno 418 graphics processor. In terms of memory, the device comes equipped with 32GB of internal storage as well as the option for expandable memory with a microSD card slot (up to 128GB). In terms of cameras, the LG G4 comes with a 16-megapixel OIS camera with an f/1.8 aperture lens and flanked by a dual-LED, dual tone flash. On the front of the device, the LG G4 is equipped with an 8-megapixel camera offering. Additionally the G4 comes powered by a 3,000mAh removable battery and will come running on Android 5.1 (Lollipop). Not to mention, fast charging technology, Qi wireless charging, WI-FI 802.11 a/b/g/n/ac, Bluetooth 4.0, NFC and an IR Blaster are all included too.

Well, as with all announcements, typically following the unveil comes the carrier announcements indicating their intention to carry. One of the first out of the door this morning is T-Mobile, who has now confirmed they will be carrying the LG G4. Although they have not confirmed any of the important details like guaranteed availability date and pricing, they have announced that they are working with LG to offer users an exclusive early access to the device. In short, a sweepstake, where if you win, you can test out the G4 before it is released. What's more, is that you get to keep the G4 after the preview period. The program is open today and runs through until May 25th and T-Mobile say they will give one away every day. If you are interested in taking part, then you can find out more about the program by clicking here.