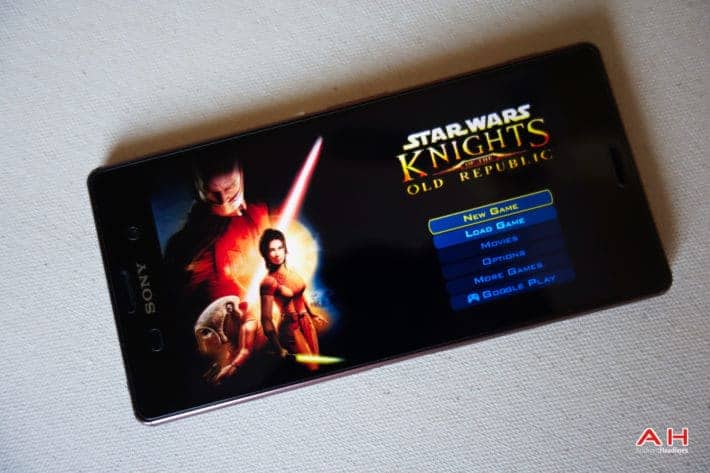 Star wars no doubt is one of the biggest things to happen to the nerd culture in the last 30+ years, and there have been many games spawned from the franchise delighting loyal Star Wars fans and gamers alike for many of those years in existence. One of the more popular titles to hit consoles and desktops was Star Wars: Knights of The Old Republic, a Star Wars RPG with loads of content, plenty of light saber use and an in-depth story which was the cause of many people falling in love with Bioware's creation, and quite possibly what caused many of those people to become fans of Bioware's future work even if not all of it would live up to KOTR.

Many people likely still play the original Knights of The Old Republic to this day, and there were legions of gamers both old and experienced and newcomers who have never had the pleasure of touching this game at all in the past, who were blessed with the mobile version of the original game when Aspyr Media dropped the port onto Google Play last year. The game at the time was published at $9.99, which may have been a bit too much for some, but for those who knew how good the game was $9.99 was a reasonable price to relive a great piece of their gaming childhood, or adulthood depending on when you personally played it.

For a limited time, Aspyr Media has slashed the price of Knights of The Old Republic down to just $3, which means if you decide to pick it up now you save $7. Not bad at all for the amount of gameplay time you get and the amount of fun you should have. The game is a complete port of the original and no content seems to have been changed, controls are even pretty decent. If you absolutely can't get around the notion of on-screen touch controls, KOTR has full HID controller support so you can play like you may remember it. There is no telling how long the game will be on sale, and anyone that's even remotely interested in trying the game out should grab it at the discount price while they still can.