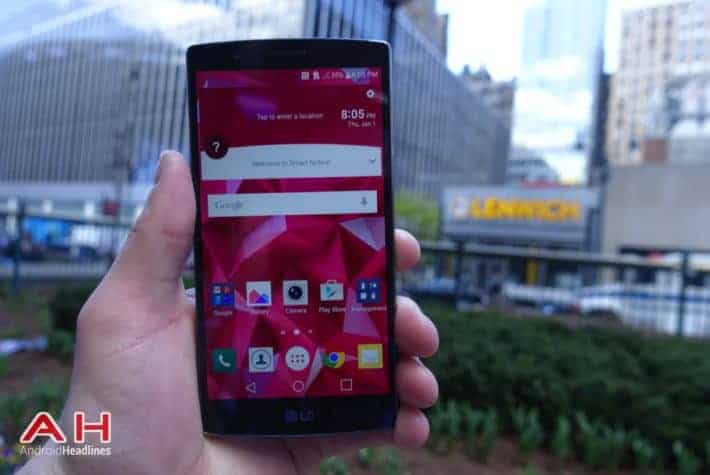 Today is the official announcement day of the LG G4, LG's latest and greatest device with much to offer the consumer. Many of the top carriers are announcing their plans to carry and sell the device, including T-Mobile and Verizon Wireless, and now Sprint has announced that they will also be selling the new smartphone. The all new LG G4 comes equipped with a 5.5-inch Quad HD Quantum IPS display, which LG states brings 25% more brightness to the user experience while also allowing for 20% more color range which should bring better color accuracy. A newer, brighter display would seem to be a bit more of a drain on the battery, but with LG's restructuring of the liquid crystals in the LCD display and introducing the graphic RAM as well as using a 3,000mAh battery, the phone should be able to last throughout the day fairly easily while having plenty of battery life left over.

While Sprint has announced that they'll be selling the LG G4, they have not listed exact pricing and availability dates for when the device will be purchasable by consumers. There is however, a general time frame as Sprint states the phone will go on sale in June, and they also mentioned that exact pricing and availability dates will be announced in the coming weeks ahead so it won't be long of a wait before those official details are made public.

Although Sprint has been silent on official dates and pricing for the LG G4, they have listed which models of the phone they will be carrying. Sprint subscribers will be able to get their hands on one of two different models out of the variety LG has manufactured, which are the Black Genuine Leather and the Metallic Gray options. There is no word so far if Sprint will be carrying any of the other colors in either the leather or plastic backs, but it is possible they could carry new colors sometime in the future. Sprint customers who are interested in the LG G4 can register to win a device as well as get more information about the phone, which Sprint mentions will include info on availability and pricing. You can also still register to win last year's LG G3 plus a VR for G3 viewer in our contest.