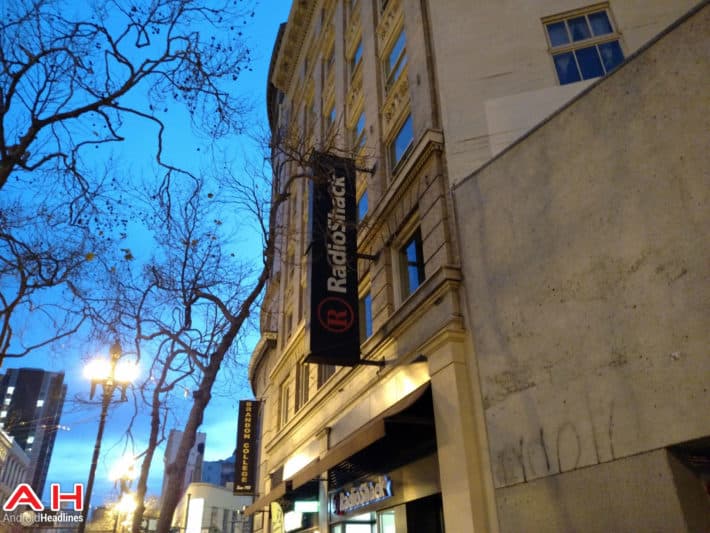 For those that might be living under a rock, Radioshack is bankrupt. They've actually declared bankruptcy already. And have worked out a deal with Sprint to give them the leases on about 1,435 stores of theirs. What they are actually doing is co-branding the stores. This will effectively double the number of retail locations Sprint has. The 1,435 stores that are going to be both Sprint/Radioshack, will be opening its doors tomorrow and will offer devices and services from Sprint, Boost Mobile and Virgin Mobile brands. But it's going to take more time to finish rebranding, and refurbishing the interior of these stores.

"The rebranding and build-out of the store-in-a-store concept will take some time to be complete in all the stores and we will be doing that in waves," Scott Sloat, a Sprint Spokesman said. He also stated that Sprint expects to fully complete work in the second half of the year. He also stated that Sprint does not have any plans to close existing Sprint retail locations "since we picked these locations based on among other things our existing store footprint."

As of right now, Sprint has 1,100 company-owned stores. So these 1,435 stores they are opening tomorrow will more than double what they have now. That 1,100 number is also smaller than any of their competitors. AT&T has around 2,000 retail locations. Sprint's CEO, Marcelo Claure stated in February that sprint has about 3,000 less than Verizon and about 500 less than T-Mobile. Think about that for a second. 3000 stores less than Verizon. That means Verizon has over 4,000 stores in the US. That's more than double all of their competitors. That's just crazy.

Sprint has stated that these new stores will create roughly 3,500 new jobs in the US. Creating more jobs is always a good thing. Both companies say that there will be a significant opportunity for them to invest in local communities as well. Which local governments are going to love. Sprint has said it will actively be recruiting new employees over the next few months for these new stores.

It's worth noting that Sprint is opening these stores on the same day that the HTC One M9, Samsung Galaxy S6 and Galaxy S6 Edge launch on Sprint and other carriers.