Draw on Screen is an Android app that pretty much does what you think it does; it lets you draw notes on top of whatever is being shown on you Android smartphone or tablet. The best thing about the app is that works with all sorts of different versions of Android and it doesn't care what device you're using. There's infinite color options to choose from as well a quick and simple way to change the thickness of the marker pen. It's a simple, lightweight app that does exactly what you think it does. Read on to see what we thought of Draw on Screen.

To get started with Draw on Screen, you'll need to download it from the Play Store. Once you've done that, you're ready to go. All you need to do after that is to launch the app from your app drawer. You'll see a notification in your pulldown menu giving you the option to toggle the menu and such. 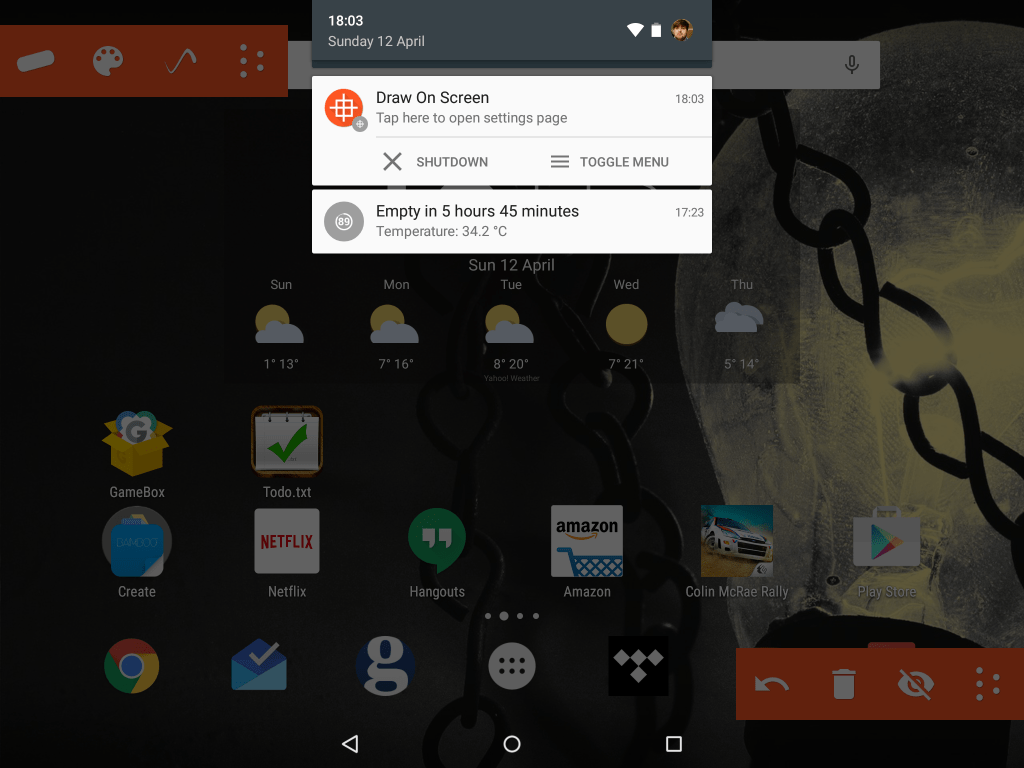 If you choose to shutdown the app, you can relaunch it whenever you like from the Play Store. When the app is open, you can do whatever you want with your Android device, like head on over to Android Headlines. 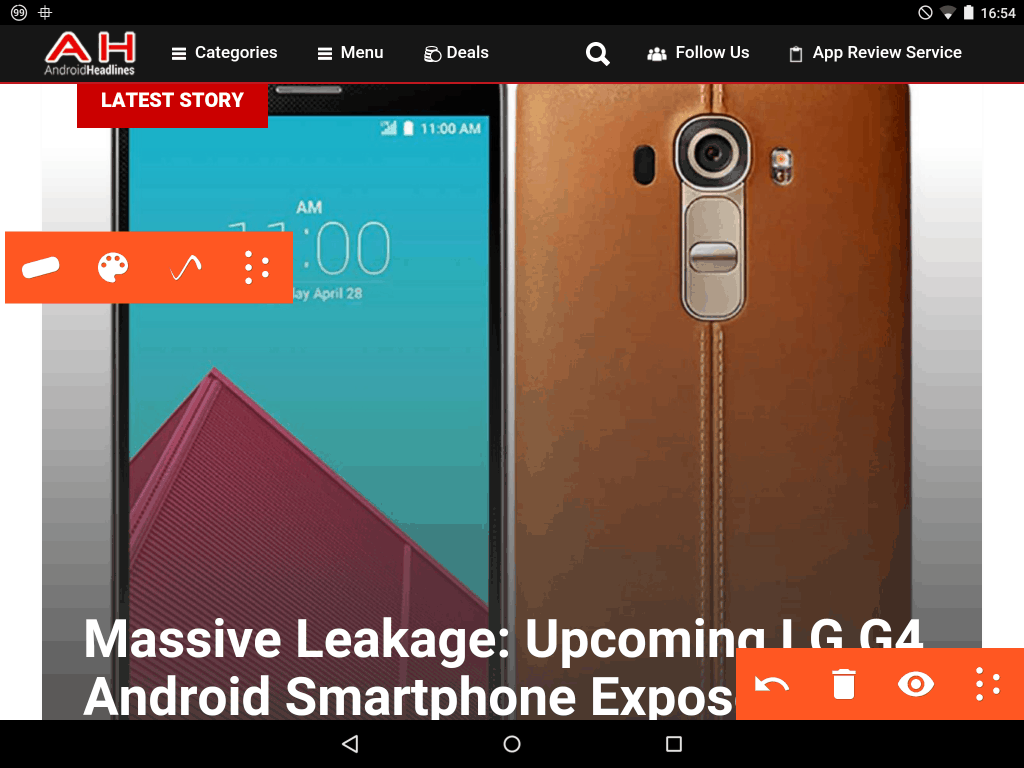 You can change a number of settings, like different colors – some of which are only available in the premium version. 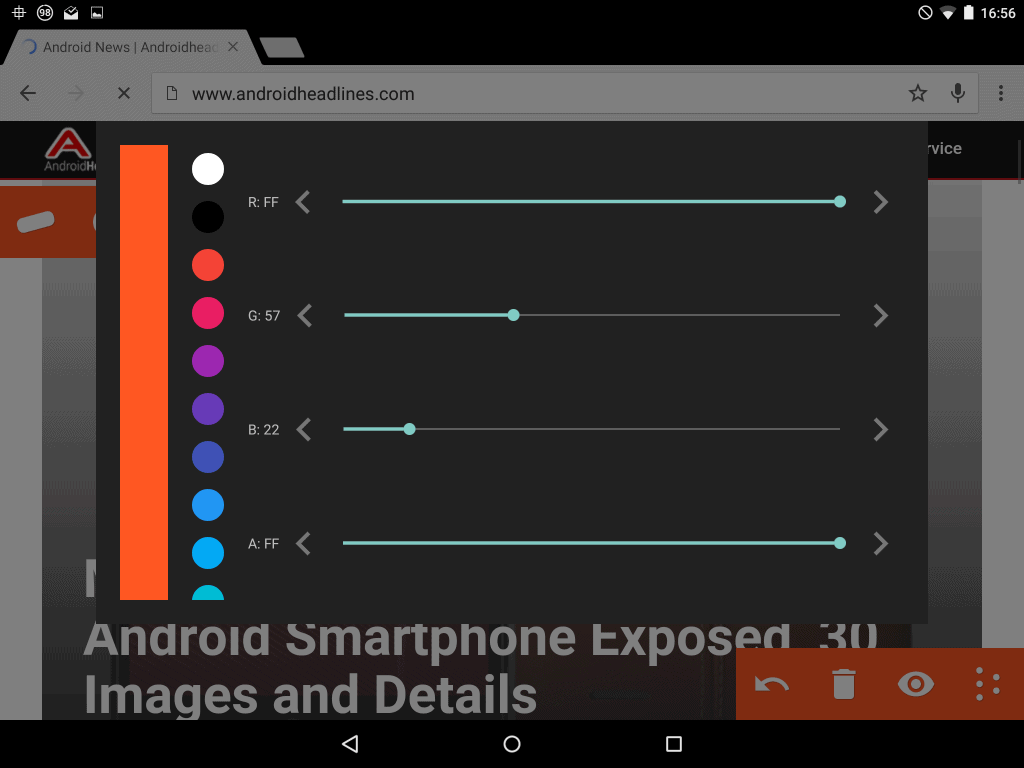 Changing the thickness of the marker is nice and intuitive as well. 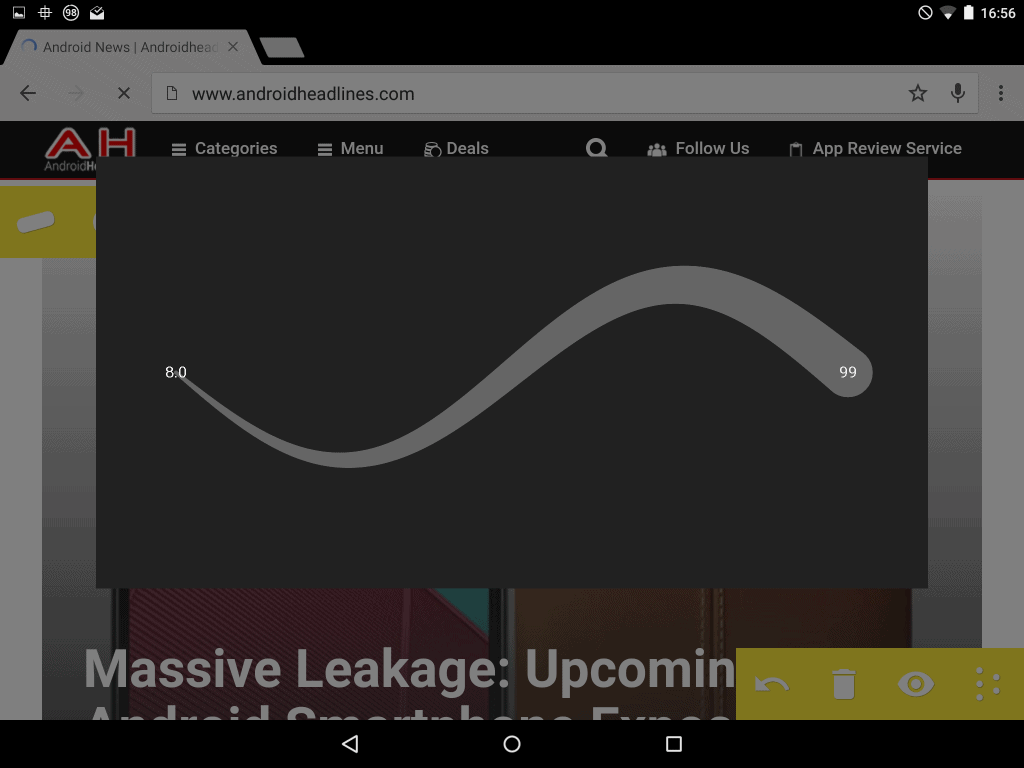 Once you've got everything set up, you can go ahead and draw something on your screen, like a note, or funny doodle – or whatever you want! 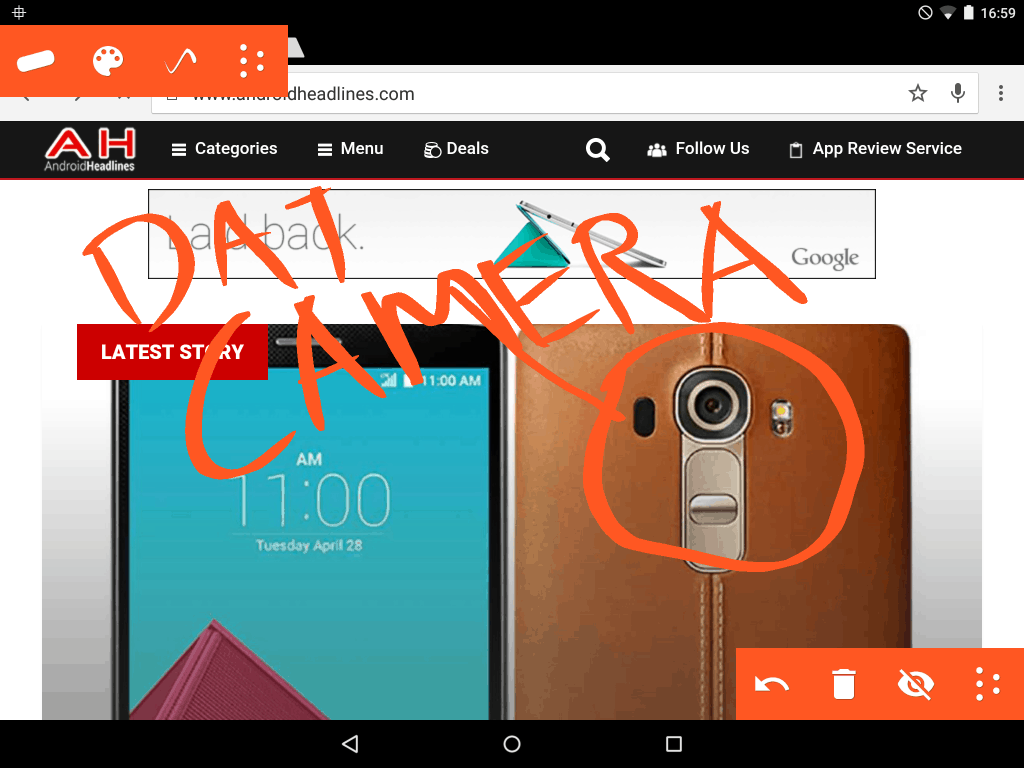 Now, if you want to save this image, you can just take a screenshot on your device – it's probably a button press of power and volume down. That's about as simple as the app gets, however if you plump for the pro version of the app you can adjust the style of the pen, too. 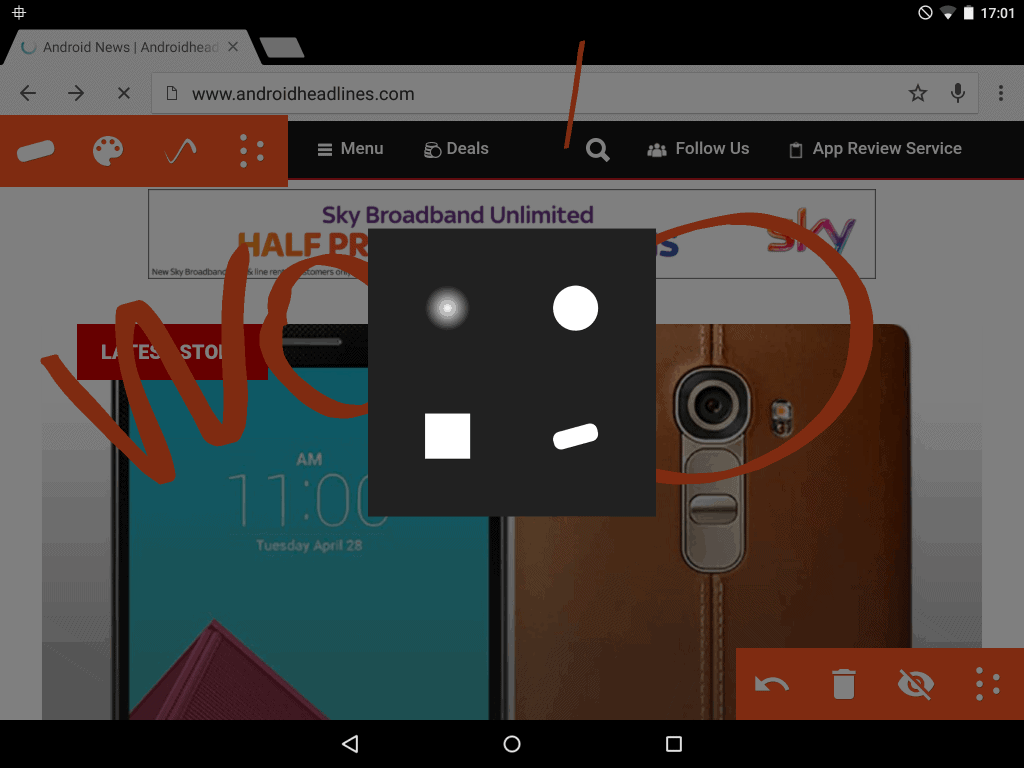 This allows you to choose from airbrush, circle, fountain, square pen types.

Draw on Screen is a pretty neat little Android app, it doesn't try too hard to be anything it isn't and it just works. This sort of feature is available in devices from Samsung and LG, but it's often buried under menu after menu and can a little fiddly to use. With this however, you call the shots, you just open the app when you want it and then you can either use it or hide it for later, it's pretty simple and easy to use. There are many reasons why you'd need to doodle onto a screenshot like this, and it's nice that with Draw on Screen it's pretty much as straightforward as it possibly could be. There's no need to mess around with anything and when you have the image you want, just take a screenshot and you're done; easy peasy!

Draw on Screen is a nice and simple Android app that just works. There's no messing around with things and the whole process is incredibly simple. It's almost too simple, which could be a problem for some users, but we're sure that the majority of users will enjoy the ease of use on offer here. The pro version has a lot of other features like more color choices and pen types, and it's really not expensive. A neat little app that's well worth having installed, Draw on Screen is refreshingly simple and easy to use.