BAND is an Android and iOS app that makes it easy to connect to a group of friends, family or even coworkers. It’s designed to create groups – which are called Bands here – for specific groups, allowing a team or group of friends to talk about whatever they want without prying eyes. Much more than that though, BAND allows people to vote on things using group polls, there’s group messaging involved, the ability to create photo albums just for you and your band and a shared calendar packed with events relevant to the whole band. It’s an interesting concept, and it’s sort of like having your own tiny social network for just you and your friends. Over time, you can collect bands for different groups of friends and you’ll be able to connect, plan and share like never before.

As with most other Android apps, it’s a good idea to start with downloading BAND from the Play Store. From there, you’ll be given a quick introduction into what the app has to offer. 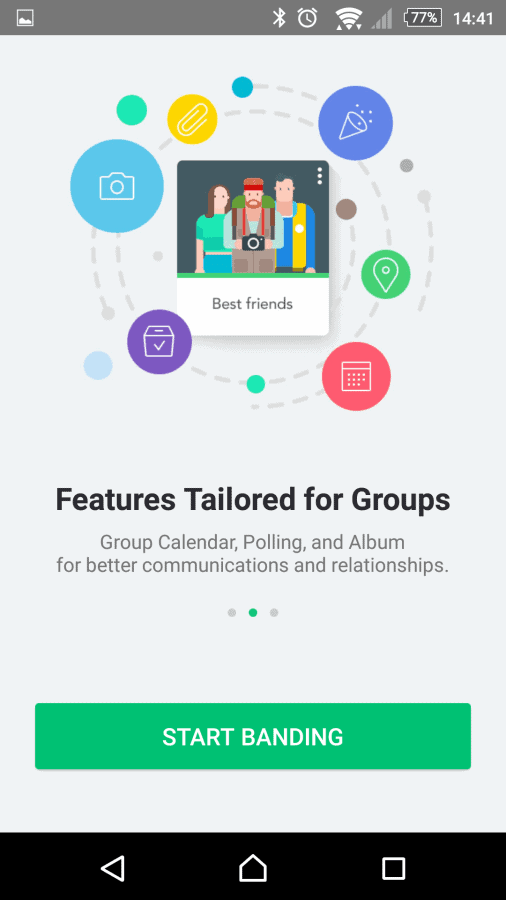 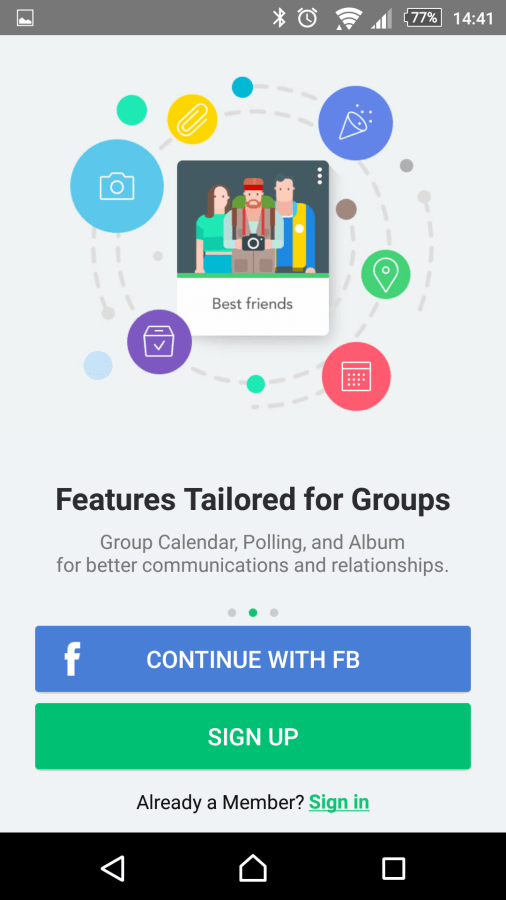 You can add all sorts of other information to your profile later on, but the first thing you’ll need to do is to create a band! 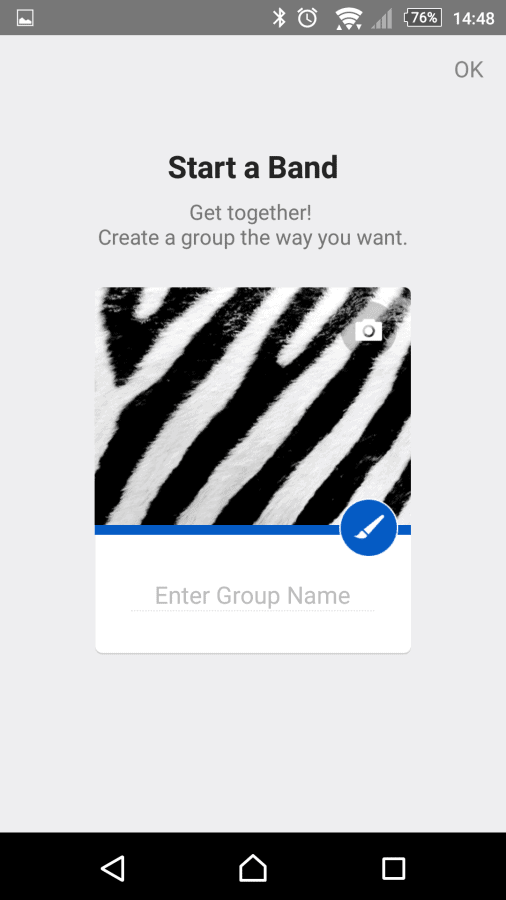 I’ve gone ahead and set one up called Fashionistas. When you create a band, you can choose from a few key settings, like needing to approve new members and so on. 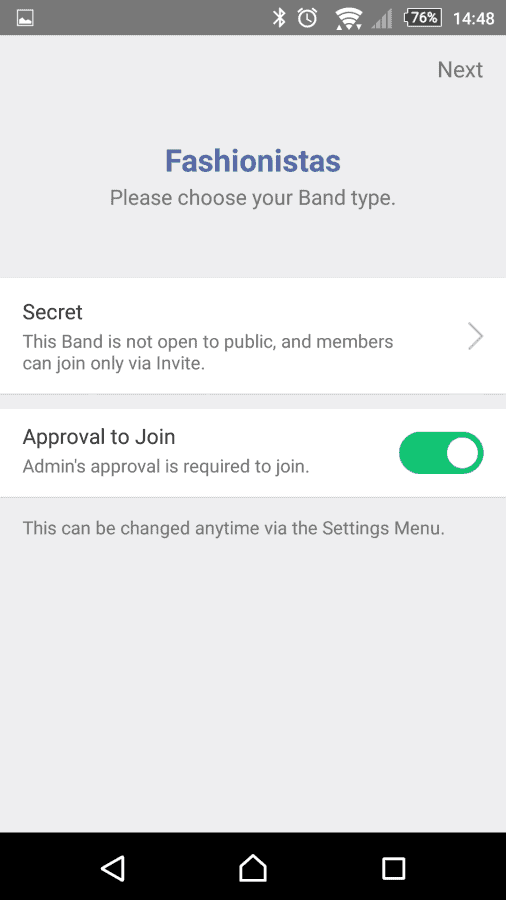 When creating your first band, you’ll be introduced to some of the key features and how they work. 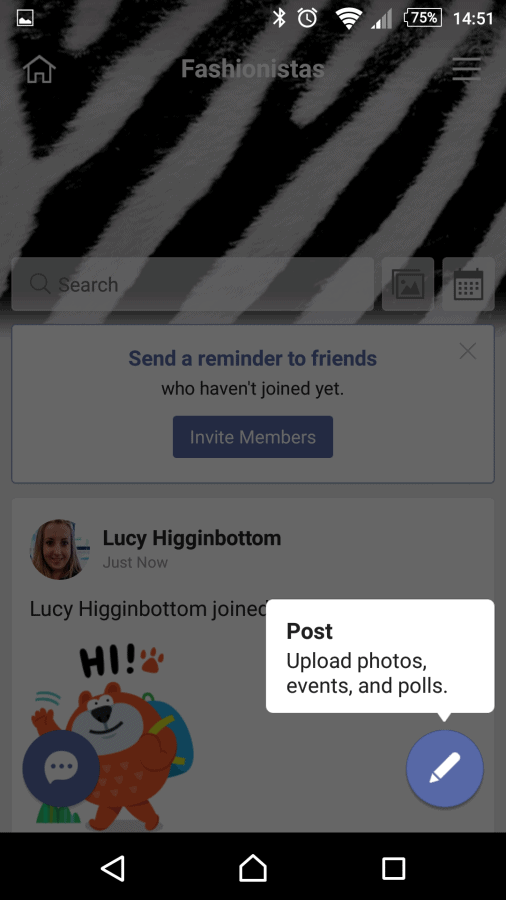 Now, I’ve only just getting started with BAND, but over time your groups will start to use all sorts of features and your group feed will soon buzz with activity. 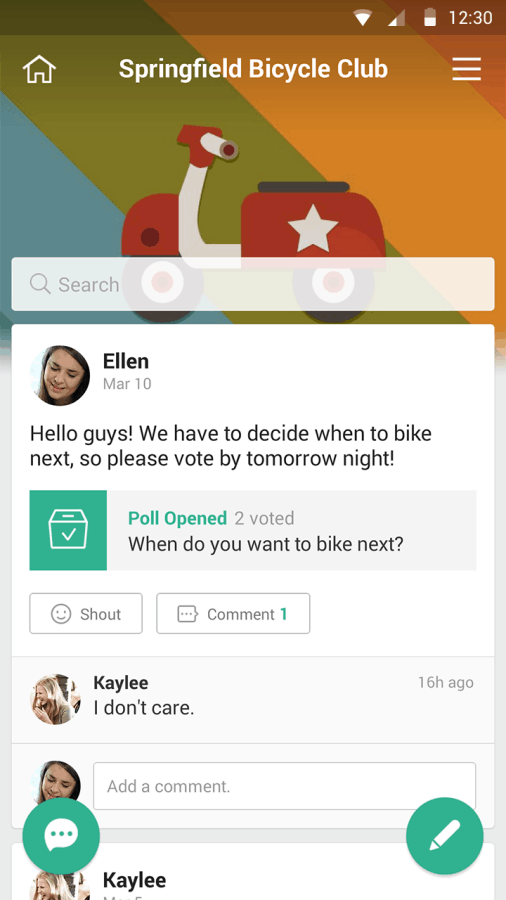 In the above example, we can see a bike club holding a poll for their next bike ride. Which is a great use of BAND. It’s up to you though, it could be for a group of friends, a work place or just the family. Another excellent feature is the shared calendar just for that group. 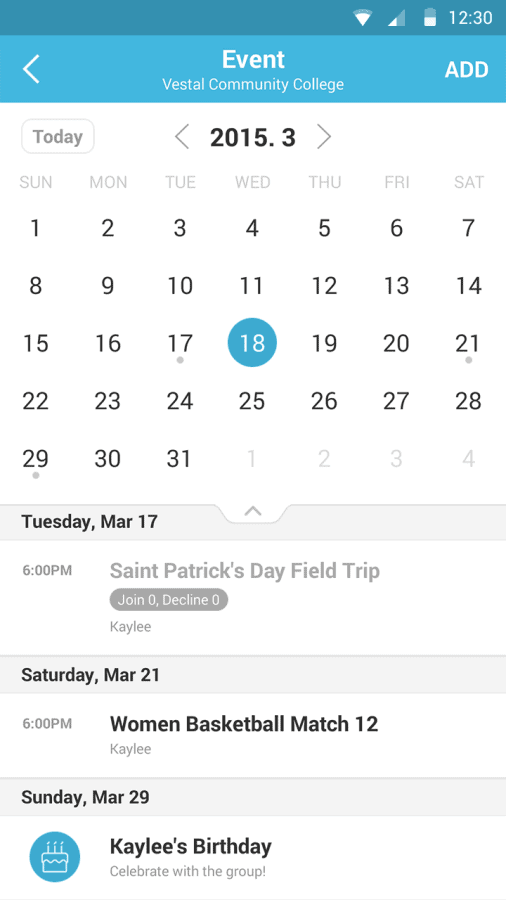 This is a great feature as it makes sure everyone is one the same page and it doesn’t get your own personal calendar cluttered with other, less important events.

There’s also the chat part of the app that makes it nice and easy to share announcements, laughs or whatever in one place. 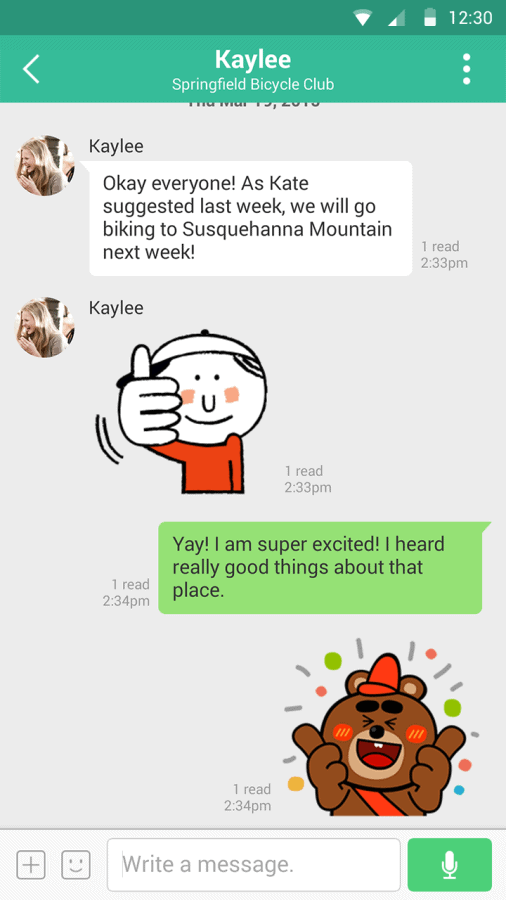 There are so many reasons BAND will be a help to you and your colleagues or friends, but for those looking to share things with others, one of my favorite features is the photo album. This allows you to upload 100 photos at once and you can share it between the entire group, without having to link in another service or anything of that sort. 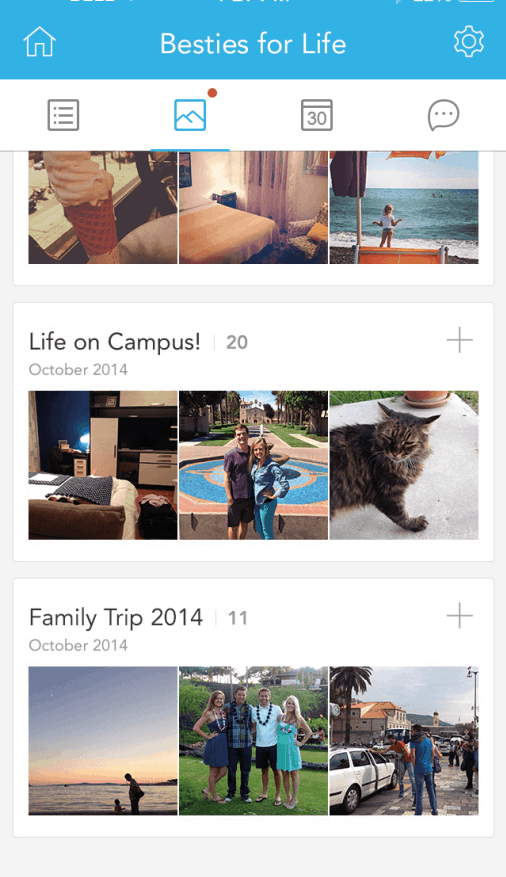 You can have all sorts of different albums for different events or holidays and it all works nicely. For the more serious looking to use BAND however, there’s the To-Do feature, which sets up assignments and that sort of thing for the group and this complements the poll feature nicely. 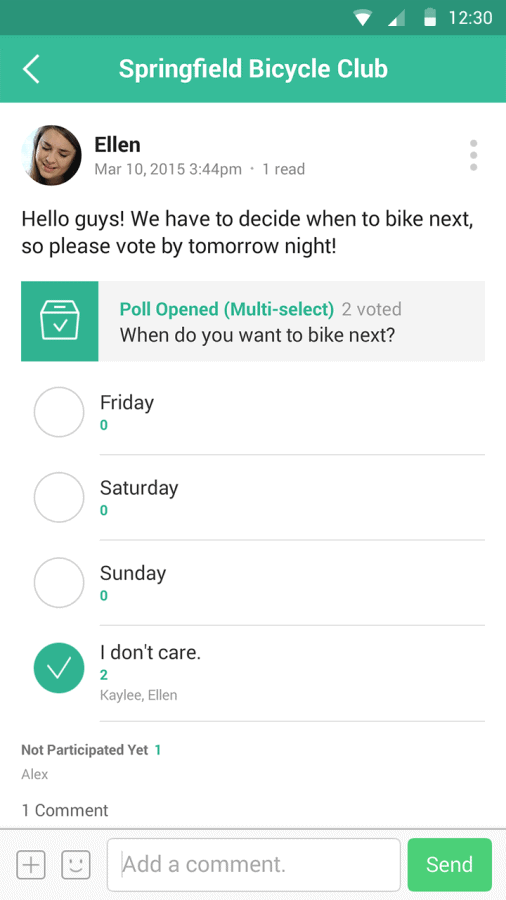 All-in-all, there’s an excellent feature set on offer here, and it’s one worth looking into. Plus, there’s no need to have just one band, you can interact with all the important groups in your life with BAND. 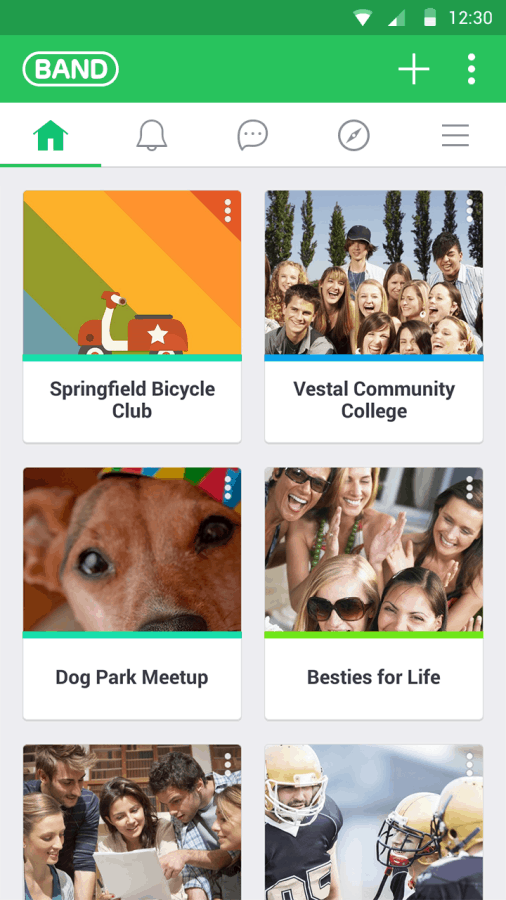 BAND features a lot of the same thing that other messaging apps do for groups, but the problem with using WhatsApp and co for keeping in touch with groups is that it’s extremely limited. BAND takes this to a new level, with a poll system to decide where to host an event, what to do at the weekend or whatever the group wants to use it for. The same goes for the shared calendar which keeps everyone on the same page without making things seem like a work project or something stuffy. Group chat or individual chat is here and great features like the photo album help everyone remember great moments together without getting that creepy Facebook friend joining in as well. Overall, BAND is one of the few apps that offers this sort of thing that I’d actually use myself, and I’ve already recommended it to friends and family to come join me.

Overall, BAND is one of the few apps like these I can see everyone getting onboard with. Too often apps that aim to organize and connect groups are too work-y and feel too much like a project management app. With BAND, the atmosphere of your group is up to you, giving you the option to create something just for friends or create something for coworkers or classmates. It’s an excellent system and features like the shared calendar and such make it easy to keep everyone organized, and more importantly, happy.