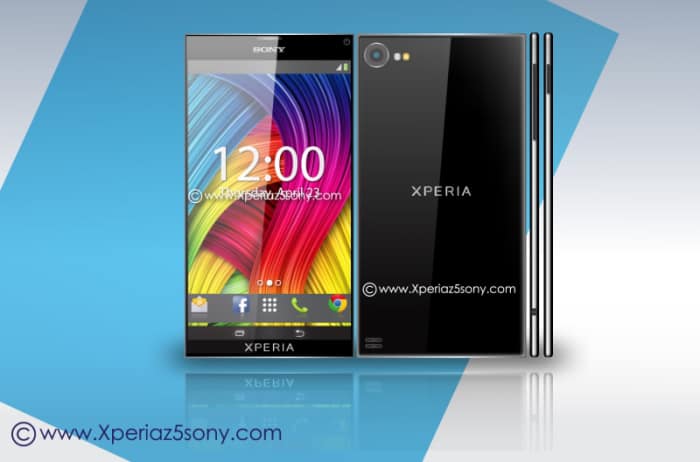 Sony did something really, really odd recently. The company has unveiled their new Xperia Z4 flagship in Japan without any sort of marketing beforehand, what's more interesting, this way a Japan-only launch. They will quite probably release the phone globally next month, at least according to the recent reports, but this is still way too odd. One would expect Sony to do a proper launch of their new flagship, and what they did simply wasn't right. Now, it is possible that Sony intends to release a somewhat different device next month, something that will awe us, but that's also unlikely. As you all know, a rather powerful Xperia P2 leaked recently, but it remains to be seen how legit those leaks were, especially because its design seemed way off.

Anyhow, until we wait for Sony to make their next move, let's check out the new Xperia Z5 concept design which popped up online. Concept designs tend to look futuristic and in most cases, really great. These renders definitely belong in that category, and are accompanied by a list of specs as well. The designer envisioned a device which sports a 4K display, 4GB of RAM and an octa-core processor clocked at 3.2GHz. This phone also sports a fingerprint scanner, a 4,500mAh battery and is water resistant as well. There's a 10-megapixel camera located on the front side of this device, while the designer didn't mention the rear-facing shooter, which is kind of odd. As you can see in the images down below, this handset sports extremely thin bezels and is made out of glass and metal.

The Xperia Z5 definitely won't look like this, but it would be nice to see sony trim those bezels down in their upcoming flagship. It remains to be seen what will Sony's next move be, but for their sake, I hope they have something great to show us in the coming months. As you all know, Sony Mobile hasn't been doing all that well in terms of profit, and they really need to step it up in order to get back to the right path.