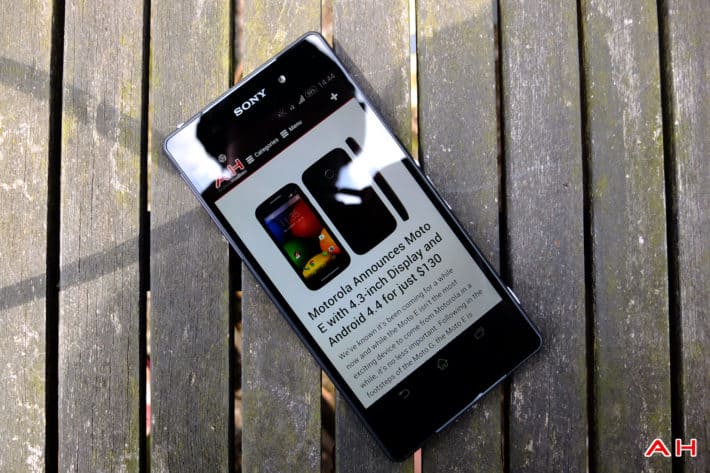 The newest version of Lollipop looks different from manufacturer to manufacturer, as they 'mix' the update with their own User Interface (UI).  In Sony's case, they seem to have kept it mostly stock Android, adding a few of their own colors here and there.  Settings are in blue and white rather than the dark blue color used on the Nexus 6 and sliders are not the typical blue/green color…Sony uses a bright orange that actually stands out a little better.  Sony has their own enhancements with their Xperia skin, but it looks pretty good on the Xperia Z4.

Sony has done a fairly good job in updating its devices with Android Lollipop 5.0 when compared to some of the other manufacturers.  We are hoping to see quicker updates from manufacturers – many customers really take that factor into consideration when purchasing their new smartphone.  As prices rise and carriers push for unsubsidized pricing, customers are many times forced into holding on to their device for a longer period of time, and current updates become more important.  The prior attitude of manufacturers to just worry about pumping out newer devices and neglecting the older ones just will not fly today.  Of course, we all know that sometimes it is the carriers that hold things up with their rigorous testing before they will release the update…but it all starts with the manufacturer.