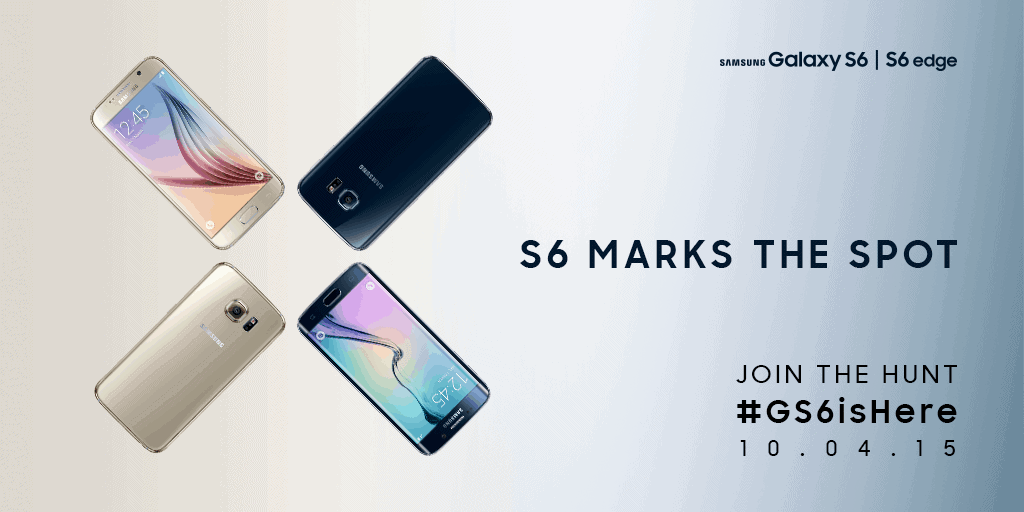 Today's the big day for Samsung fans all over the world, including the UK. April 10th is here and Samsung's big push for the Galaxy S6 and Galaxy S6 Edge begins today. In the UK, Samsung Mobile UK is holding a treasure hunt on Twitter up and down the country, with 8 of the nation's largest cities holding tickets hidden throughout them. As of writing, Edinburgh is currently having clues unlocked and those interested can follow along online at Samsung's special page for the treasure hunt.

The treasure hunt has been put together with Cheil UK as a viral campaign to help lift the Galaxy S6 and Galaxy S6 Edge off the ground right as they hit store shelves. Glasgow has already seen its winner, and come twelve o'clock, Belfast becomes the next city and we should see a winner from Edinburgh's hunt go live. This is a pretty fun marketing ploy on Samsung's part, after all social media is the gift that keeps on giving, so why not have a little fun with it. Besides, parts of the UK are enjoying some pretty nice weather for April, so it's not a bad day for it. The treasure hunt ends in London this evening at around six o'clock, with the first clues trickling in at around five o'clock.

Cheil UK, who have been put in charge of handling Samsung's social media for the Galaxy S6 had this to say: "Following our appointment to handle Samsung's UK social channels we have been focused on taking a new tactical direction and for the Galaxy S6 we wanted to take it a step further and incorporate more interactivity and innovation into social". The fun is available up and down the country, and the treasure hunt is working its way south to north. You can take a look to see if your city is included in today's festivities at the source link below and you should keep an eye on Samsung's twitter feed for clues and news on where they're heading to next.