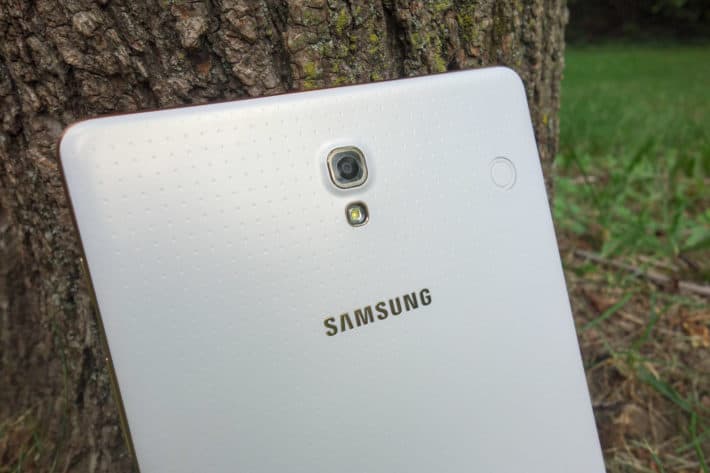 When Samsung introduced their Galaxy Tab S last year, it was met with much praise from consumers. Samsung is poised to be releasing a new model to replace the Tab S sometime in the future, appropriately dubbed the Galaxy Tab S2. So far Samsung hasn't officially announced the tablet's existence, which means there has yet to be an official release date, and there are no official details on pricing. If Samsung follows the same time frame as the announcement for the original Galaxy Tab S though, then sometime this Summer is when consumers can probably expect an official reveal by the electronics manufacturer with a launch in the following months.

It appears that Samsung is set to launch both WiFi only and LTE variants of this new tablet, as two LTE models both recently went through WiFi and Bluetooth certifications listed as models SM-T815 and SM-T817. The new Galaxy Tab S2 has been said to sport a 9.7-inch display and will likely be SuperAMOLED technology just like the previous model, while possibly carrying a Quad-HD resolution. Other rumored specifications peg the tablet to be even thinner than the Apple iPad Air 2, and come equipped with Samsung's in-house Exynos 5 octa-core processor. It will also likely run Android 5.0.2 Lollipop out of the box and it's been said 3GB of RAM with 32GB of internal storage space.

While the rumors previously stated an Exynos 5 CPU, Samsung's Exynos 7 octa-core CPU is also a possibility. When it comes to the cameras the Galaxy Tab S2 could come equipped with an 8MP rear-facing camera and 2MP front-facing camera. With WiFi and Bluetooth certifications out of the way, the tablet will need to head through approval at the FCC as well, and eventually make it to store shelves later on this year. For now, these are the most recent details about Samsung's successor to the original Galaxy Tab S, although as the Summer approaches we can probably expect more details to surface, along with possible leaks and renders to give us an idea of what the tablets will look like when they launch.