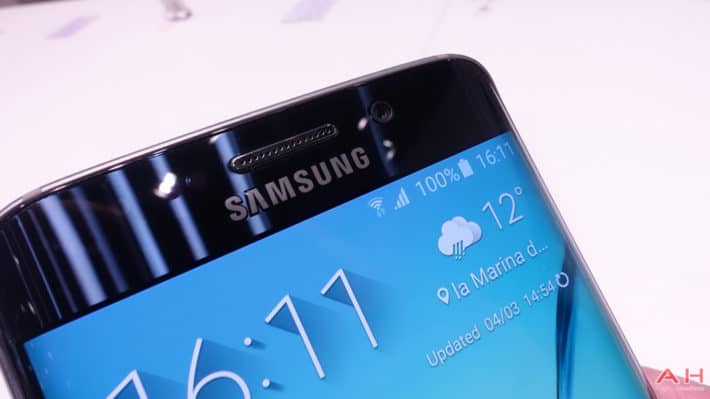 When Google introduced Android 5.0 Lollipop to the world, material design and lively animations were among the most sought after changes to the mobile operating system that to this day some users are still waiting on. Alongside these features and others like lockscreen notifications, having the option to make multiple user profiles for a single device was something Google was finally transitioning from tablets to smartphones, that is unless you used any number of Samsung devices which even after being upgraded to Lollipop, still had no guest mode to enable. This appears to be changing with the coming of Android 5.1 Lollipop on Samsung smartphones, which should appear first on Samsung's new flagships, the Galaxy S6 and Galaxy S6 Edge.

In fact, Android 5.1.1 Lollipop already appears to be hitting some Galaxy S6 Edge devices on T-Mobile, and thanks to Sammobile there are a handful of screenshots showing off the newly added guest mode in action on their Samsung Galaxy S6 Edge device. Since this is a 5.1 Lollipop-based feature for Samsung, there's no telling when other devices will also receive guest mode, namely the most recent devices like last year's Galaxy Note 4 and Galaxy Note Edge, and the predecessor to the this year's flagship, the Galaxy S5. When guest mode comes to Samsung devices, every aspect of the feature appears to be present allowing users to go so far as registering their very own fingerprint for use with the security and payment features.

Users will of course also have the ability to create and personalize their own homescreen setups with their own apps, meaning a set of apps from one user won't show up on the homescreen or in the app drawer of another, however they do still remain in the device's internal storage. Guest can be especially useful for anyone who might have a smartphone they share between two people, or if you have a community device shared between an entire family, as users can quickly and easily swap between profiles by tapping on the icon in the top right corner in the notification shade, which should prompt them to enter their account credentials to switch over.