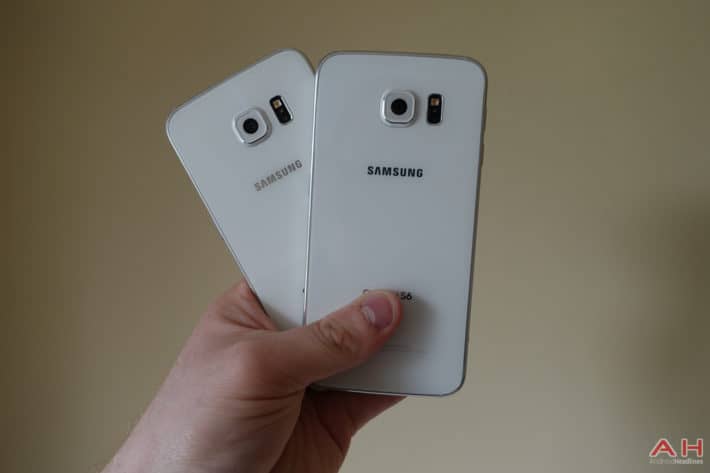 Samsung had some rough times selling their flagship smartphones for the last two years, as some users thought they were reiterative versions of the Galaxy S3 without any real innovations and certainly the build quality of the devices didn't help. It seems Samsung finally learned their lesson and acknowledged that consumers actually care about the build quality of the products they buy and the materials used to achieve just that.

With the Galaxy S6 and the Galaxy S6 Edge, most people would agree they made the right move by using glass and metal on the hardware while keeping a lot of the functions that we would expect from Samsung, but with the new design some sacrifices had to be made. Comparing the new flagships with last year's model, the IP67 certification that made it water and dust resistant is now gone, there's no MicroSD card slot anymore and the battery is non-removable this time around. The battery inside the Galaxy S6 has the relatively low capacity of 2550 mAh and the one inside the Galaxy S6 Edge has a 2600 mAh capacity. Battery benchmark tests suggest that the battery life is good or even excellent for the Edge version, but users and experts seem to agree that battery life is average.

There are a few solutions regarding additional hardware like battery packs, although some users aren't fond of the idea of carrying too many electronics and cables in their bags. Well today, Samsung are sending out an update for 'Samsung Push Service' that you can download right now from the Play Store, the changelog includes some bug fixing from the previous version and more interestingly, it applies a patch to reduce data usage and power consumption. This app is available to all Samsung devices and not just the Galaxy S6 and S6 Edge. However, further testing will need to be done in order to check how much the battery actually lasts after the update. Especially on the twin Galaxy devices when factoring that these devices come with a very high resolution. As a result, will always consume a lot of energy.