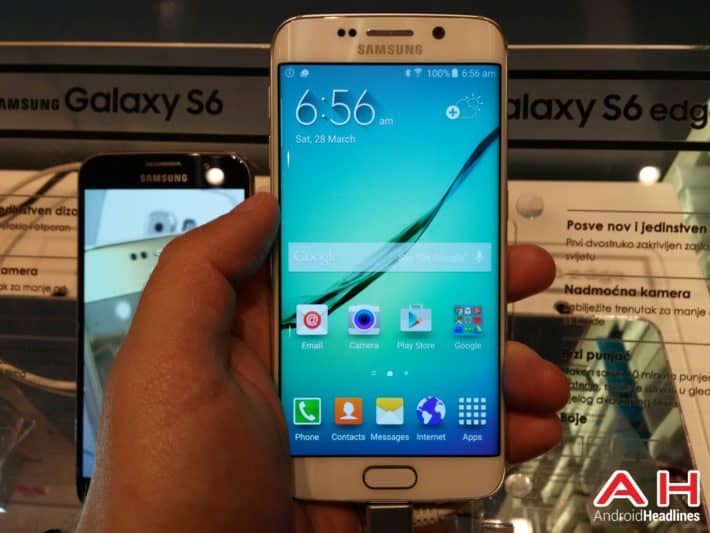 March 1st was not actually that long ago. However, if you were one of those who was immediately in awe of Samsung's latest flagship devices, the Galaxy S6 and Galaxy S6 Edge, then March 1st may feel a lot more longer to you. However, the wait is over now and those who had decided to hold on until the devices were in store and in stock, then that day has come. The Samsung Galaxy S6 and S6 Edge are both now available to buy everywhere. Following on from the unveiling of the two Samsung flagship devices last month, Verizon was one of the carriers who made their intention to carry both variants known. If you are on Verizon (or planning to be) and are interested in picking up either device then here is what you need to know.

If you need a reminder on the specs, then both the Galaxy S6 and S6 Edge come with a 5.1-inch Super AMOLED display with a 2560 x 1440 resolution. Inside, both devices comes with 3GB RAM powered by Samsung's Exynos (7420) 64-bit Octa-core processor along with a Mali-T760 graphics processor. In terms of cameras, both devices offer a 16-megapixel OIS camera on the back, coupled with a front facing 5-megapixel option. While as noted, both devices are offered in three internal storage variants (32, 64 and 128GB) and no option for expandable external storage. Lastly, the Samsung Galaxy S6 comes equipped with a non-removable 2,550mAh battery while the S6 Edge version comes with a larger 2,600mAh non-removable battery. Not forgetting both devices will come running on Android 5.0.2 Lollipop pre-installed with Samsung's TouchWiz UI on top.

Advertisement
Trusted By Millions
Independent, Expert Android News You Can Trust, Since 2010
Publishing More Android Than Anyone Else
44
Today
44
This Week
45
This Month
4810
This Year
106287
All Time
Advertisement