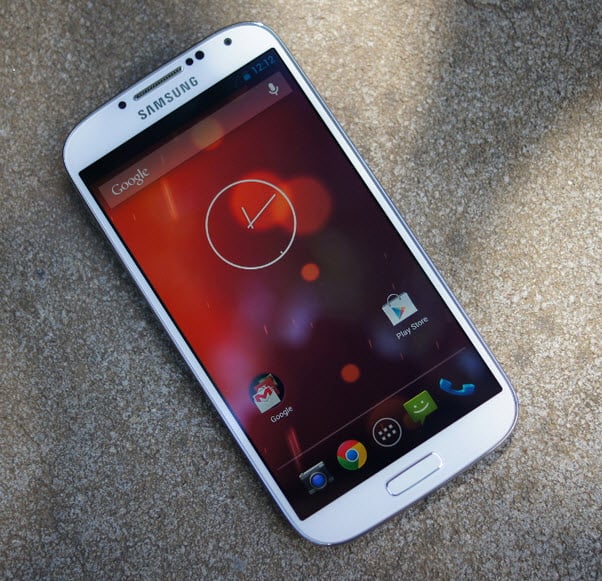 The Samsung Galaxy S4 was released about two years ago, being based around a 1.9 GHz Qualcomm Snapdragon 600 processor with 2 GB of RAM, a 5.0-inch Super AMOLED screen, a replaceable 2,600 mAh battery and a 13MP rear camera. However, in North America perhaps what was more interesting was that the device was released as a Samsung TouchWiz version and a new concept in the Android world: the Google Play edition (GPe) version. The Google Play edition of a given handset represented something of a compromise between the Nexus range of devices, which at the time was the LG Google Nexus 4, and the TouchWiz version of the Galaxy S4. If customers wanted the same (essentially) stock user interface as the Nexus 4 but the disposable battery and MicroSD card slot of the Galaxy S4, this was an option. The Google Play edition devices also promised speedier updates, as whilst the code is not the same as the Nexus (the S4 has different hardware, such as that MicroSD card slot, so Google approves Samsung's software build before it may be released) it lacks the complicated overlay that the manufacturers put onto their normal, skinned, devices.