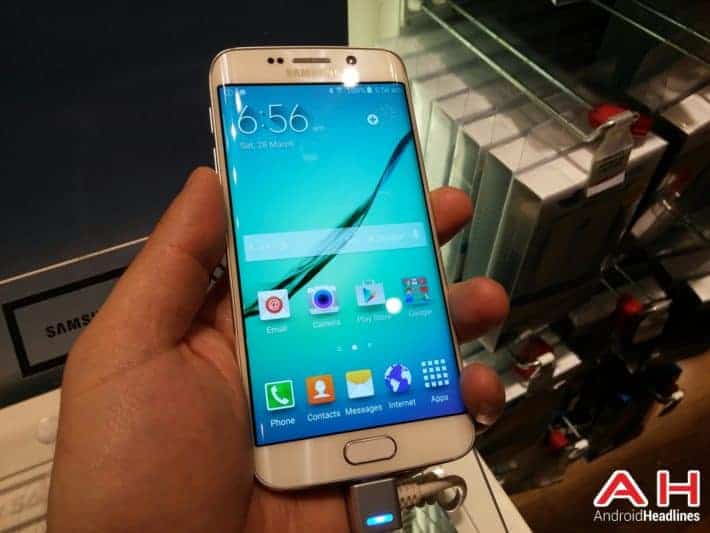 Samsung might be one of the biggest names when it comes to mobile technology, but they've not always had the best track record when it comes to holding up a good reputation. There's been alleged reports over the years of Samsung paying college students to write positive reviews in exchange for payment and other rumors throughout the years. Whether or not these are true isn't for us to say, but let's just say that Samsung has gotten a name for themselves as someone willing to break the rules a little when it comes to promotion and that sort of thing. The latest allegation levelled at Samsung was that during the Chinese launch of the Galaxy S6 and Galaxy S6 Edge, the company had hired hundreds and hundreds of people to attend the event in order to bolster the appearance of the device's reception in the country.

The launch event was held last Friday in Shanghai, and the story goes that around 500 or so young people were hired to attend the event, with requirements that those hired be under 30 years of age. Samsung is coming forward today and denying these reports as "totally groundless". Issuing a statement through the Global Tomorrow blog, Samsung says that "the media outlet that broke the story corroborated our findings and soon retracted the erroneous story" and that they are seriously considering taking things further. According to the original story, these young people were recruited through the likes of WeChat and offered small sums of money for each additional body that they secured to fill space.

Samsung says that these allegations are totally false and that the 1,100 "attendees, including consumers and industry officials, have all been formally invited to the Shanghai Culture Square where the event took place." This sort of story is damaging to anybody's reputation and we find it hard to believe that Samsung of all companies really needed to pay people to attend an event of this nature. Either way, Samsung has formally dismissed the rumors and reports as being false, so we'll put this in the column of stories Samsung can put behind them.