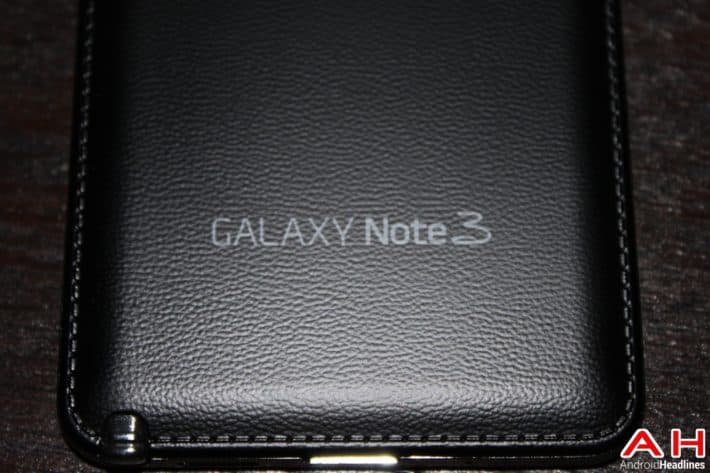 We just reported the other day that Bell was sending out the popular Android 5.0 Lollipop update to their Samsung Galaxy Note 3…today we are happy to report that both Rogers and TELUS have begun updating their Galaxy Note 3's as well.  The Galaxy Note 3 was one of Samsung's most popular devices sold in Canada and it is nice to see the update hit the Canadian airwaves and now finally on all of the Big Three carriers.

The Samsung Galaxy Note 3 was released in 2013, two years after the original Galaxy Note was release to mix reviews – in the US, only AT&T would carry it – with many critics scoffing at the 'huge' size of the 5.3-inch display and the ancient stylus or S-Pen attachment.  However, it proved to be very popular and sold about 10 million devices worldwide, creating an entirely new phablet niche in the mobile market.  Many manufacturers, the very ones that laughed at the design, have tried their hand creating their own phablet, but none have come anywhere near the popularity of the Samsung Note series.  Samsung has always understand that the 'Note' is more than simply a large display – the S-Pen and software all play an important role in making a device more than just a big screen.

The following year Samsung released the Galaxy Note II and the popularity soared to 30 million devices sold.  The Galaxy Note 3 sold over 10 million units in its first two months alone.  The Galaxy Note 3 introduced Samsung's new premium design with faux leather on the back, the 5.5-inch display increased to a 5.7-inch Full HD Super AMOLED display with a resolution of 1920 x 1080 pixels, 3GB of RAM with expandable 32GB or 64GB models.  The camera increased to 13MP and Samsung expanded the S-Pen functionalities.  It was a worldwide hit and really opened the doors to Samsung in Canada.

The new Lollipop upgrade was already sent out to the Canadian Samsung Galaxy S5 models and the Galaxy Note 3 is receiving it before the newer Galaxy Note 4.  The Lollipop upgrade is still the Android 5.0 version, not the newest 5.0.2, however, even though the release is being called 5.0, it actually contains the necessary bug fixes that plagued the original Android 5.0.  If you have not received your OTA you may want to force the issue with Settings -> System updates -> Check for new software update -> Update…remember, this is a large update and you will need to be hooked up to Wi-Fi. 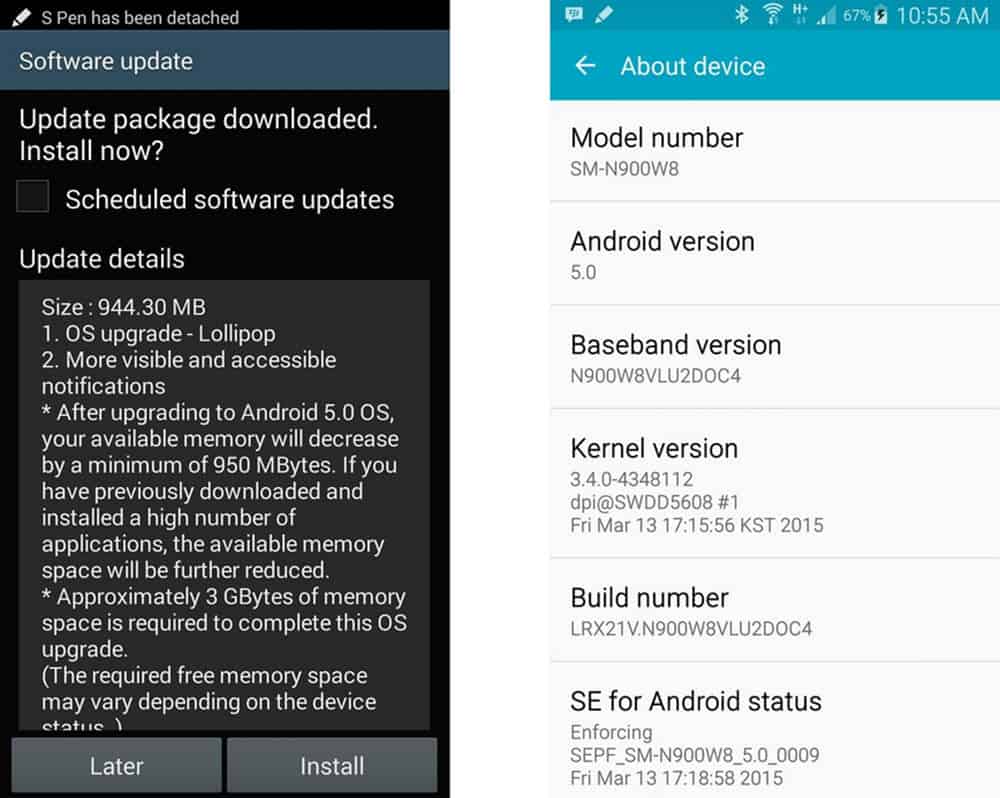