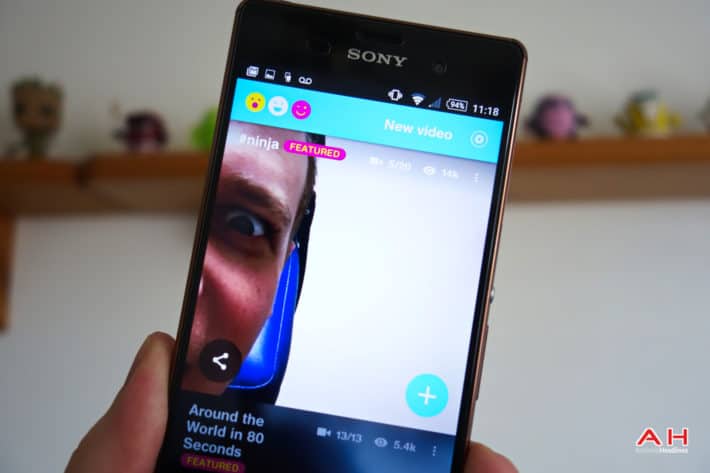 Facebook always seems to be looking for ways to expand on their social offerings, and the latest app that has come out of Facebook's creative labs is a video sharing tool called Riff. The short of it is, Riff is an app that lets people create and share snippet videos about any particular topic they choose, and then allows others to build off of those Riffs by creating their own Riff about that topic. The app was created with the idea of people being able to share videos they think others might find interesting and then seeing how or if they might go viral.

Think of it as a kind of experiment for the Facebook creative labs team, which has stated that, "they don't know what a Riff is going to be good for," but it's clear that Riff is a way for Facebook to compete with other apps like Snapchat and Vine that offer similar experience with short video clips that can be shared across the web and social media. The difference with Riff is that users can build off of Riffs they find from their friends or from the list of trending topics which are featured, (currently one of the most trending is a collection of Riffs centered around the ninja hashtag) where similar apps like Vine and Snapchat's stories feature let you create videos about whatever you want, which can then be shared but not as one giant collective.

Riff also seems to only show you videos of featured topics and videos created by friends, and in its current state there doesn't seem to be any way to actually search for a specific topic. For instance, if you wanted to search for any Riffs created with the topic of hamburgers, there is no way to do a search about that topic. If it ends up being featured however, or if someone in your Facebook friends list has already created, presumably it shows up in your Riff feed. Or, you could always create it yourself if you want to see others build off of it. This seems like one giant drawback about the app, as there's no way currently to do a search for anything in particular. You're only shown what has already been created by your friends or what Facebook is featuring. For me personally, this resulted in four different video topics and nothing more, which could be due to the app being fairly new and relatively little amount of people in my friends list actually using the application.

With Riff when people build off of a short video clip it ends up running as one giant video, sort of seamlessly, with one video ending and then moving right into the next. Users have the ability to somewhat control the kind of content they find appropriate and not appropriate by "blowing the whistle" on a specific video in a Riff collection, which props up a few options like a specific video violates copyright, is bullying someone or a specific group, or doesn't belong on Riff altogether. Users can also share a Riff with others through many different means like Facebook or other social media, email, etc. and they can also build off of it if they want to add to it.

Riff is tied into Facebook a little more deeply than one might imagine at first, as you log in with your Facebook profile which allows you to see videos your friends have created, and through the viral explosion of popular video topics users who want to comment and discuss those videos are forced to go back to Facebook to engage in the discussions as there is no way to talk about things through the Riff app itself. In a way it seems like a means to an end of getting people to engage more on Facebook through the outlet of viral videos. It can also serve as a great way for friends and strangers to make each other laugh by creating these short little clips about any given topic. As you can browse Riff for videos you want to add your own clip to, you can also create your own Riffs as well which others can then in turn add their own clips to.