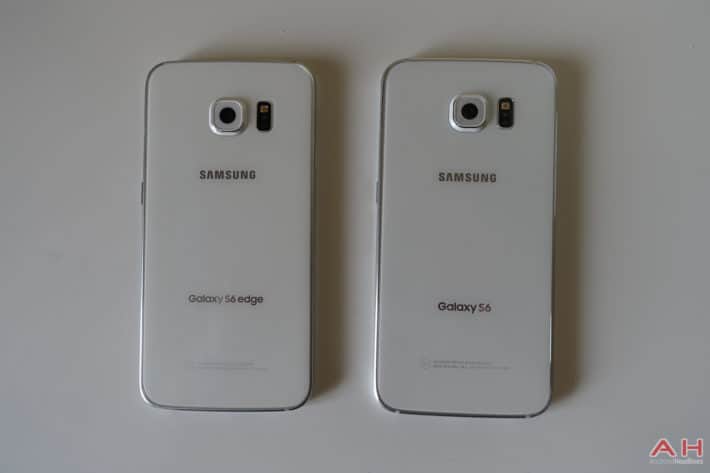 Here's something we didn't expect. According to a report coming out of South Korea, it appears that Samsung's latest flagships aren't selling as well as they had hoped. Rather surprising given how well they are selling here in the US, and other countries around the world. Yonhap News Agency stated that Samsung only sold about 200,000 units of the Galaxy S6 and Galaxy S6 Edge (that's combined, not separate) in South Korea. Where typically, Samsung sells very well. The two flagships have been available in South Korea since April 10th, and Yonhap claims that these numbers are "sharply falling short of the 300,000 preorders, according to the data, indicating that earlier sales forecasts may be exaggerated."

Obviously it is still a bit early to say this is a tragedy for Samsung. Especially since that's only about 10-12 days of sales. Some analysts are still forecasting the South Korean company to sell between 50 and 70 million Galaxy S6 and Galaxy S6 Edge smartphones this year alone. It's also worth noting that South Korea is a really oversaturated market, and so these numbers sound about right for an oversaturated market like that. A local retailer also stated that they feel sales will pick up, as mobile carriers have changed subsidies for the Galaxy S6 series just recently.

Only for Samsung, would 200,000 units sold in ten days in one country be a tragedy. I'm sure LG, Motorola, HTC, or any of the others would love to see that many devices in that short of a time in just one country. Especially LG, seeing as that is their home country as well. And where they only sold about 10 million LG G3's last year, that'd be a big step for LG. Samsung has been getting rave reviews of the Galaxy S6, including ours. So I'd fully expect for sales to pick up in the next few weeks. Of course, Samsung's marketing definitely does help them get a lot of these sales. Most people know Samsung from their commercials and billboards, not because they use Android. Which is probably a big reason why they wanted to go with Tizen and be able to call the shots on their own OS.