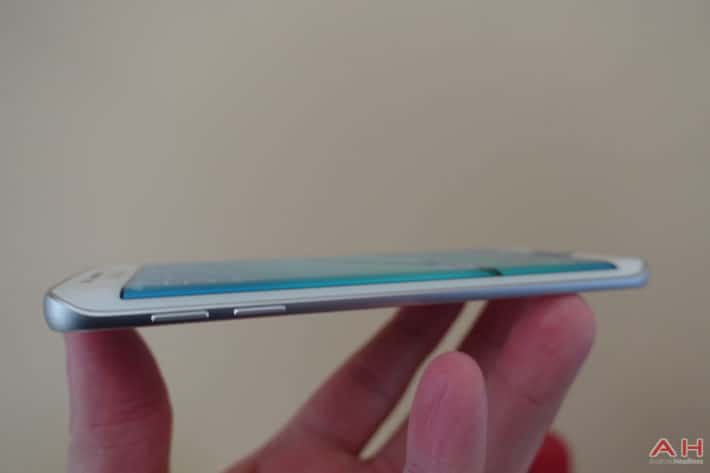 Samsung Galaxy S6 Edge is one of the two flagship devices this Korean tech giant has announced during the Mobile World Congress (MWC) in Barcelona last month. The Galaxy S6 Edge sports a unique design, it has a curved display on the front, which is curved on both its left and right side, unlike any other smartphone released to date. The Galaxy S6 Edge is also the most expensive smartphone Samsung has even manufactured, which is understandable considering that curved display has to go through a rather expensive manufacturing process before Samsung can put it on top of their Edge devices.

According to reports, Samsung's Galaxy S6 devices are selling really well thus far, and the demand for the S6 Edge is above and beyond Samsung's expectations. Due to that fact, the company has to produce way more Galaxy S6 Edge units than first anticipated, which has created some issues for this Korean company. It seems like Samsung intends to change the production method of the S6 Edge's display in order to produce these units faster than usual. The method Samsung is currently using heats both sides of the panel before it's bent, and polishing it afterwards is really expensive because such temperatures cause micro-wrinkles on the panel. This is the reason why Samsung has been struggling with low yield actually. The new method that Samsung is developing will reportedly heat up only one side of the glass panel in order to reduce micro-wrinkles, and by doing that, reduce the production cost as well. This new method could improved yields by up to 60 or 70% according to the source. Moreover, the report claims that Samsung is testing this new method in Vietnam and that it could be available really soon.

The Galaxy S6 Edge sports a metal unibody design, sports a 5.1-inch QuadHD display along with 3GB of RAM and multiple storage options. This handset is powered by Samsung's Exynos 7420 64-bit octa-core processor and it sports 16 (OIS included) and 5-megapixel cameras on its back and front, respectively. Android 5.0.2 Lollipop comes pre-installed here with Samsung's TouchWiz UI on top of it. In case you'd like to check out this handset's full specs, click here.