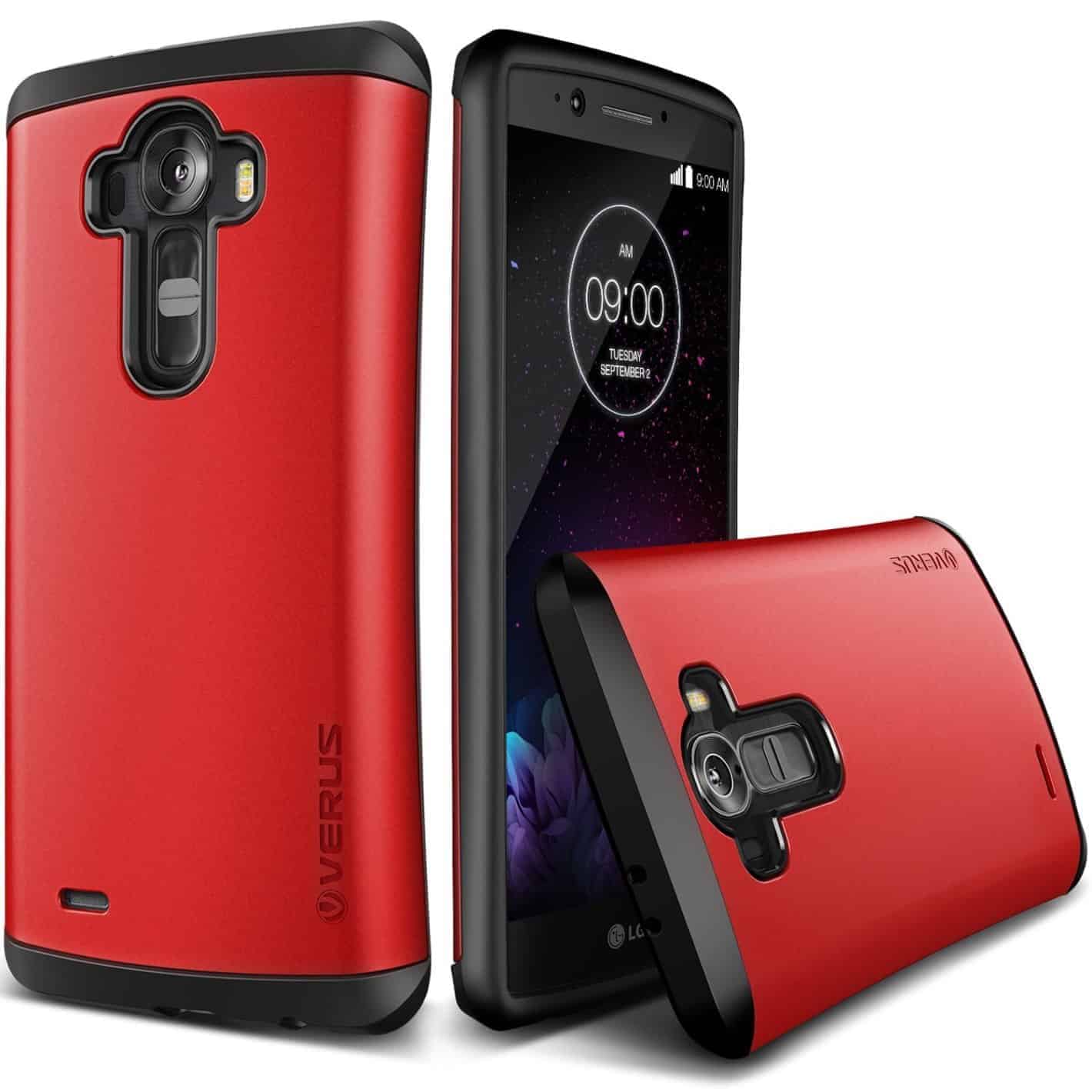 A listing for cases for the LG G4 has been spotted on Amazon today. The images appear similar to press renderings that have been making the rounds on the internet over the last month. The mobile accessory manufacturer Verus posted the listing today and is offering the cases for the flagship phone from LG that is set to be officially announced in late April. According to the listing on Amazon, these cases will go on sale April 30 which is 2 days after LG is set to announce the LG G4. The cases come in two varieties and in 5 colors for each variety. There is the Air Space Cushion Verge and what appears to be a more heavily armored case with heavy drop protection called the Thor. Both of these versions come in 5 colors: A dark silver, green, red, gold, and light silver. There is also a special edition layered leather wallet case that is available in three colors as well.

The LG G4 has been a highly anticipated device and LG it would seem has smartly taken care to announce and launch their product after the hype surrounding the Samsung Galaxy S6 launch. The wait will come to an end on April 28 when LG is expected to officially launch the LG G4 at an event. So far little is known about the device. According to rumors and word from insiders the LG G4 will sport the Snapdragon 808 processor and have a 5.5 inch Quad HD display with 3GB of RAM and a 16 megapixel camera. The 808 processor came as a bit of a shock, but one that may turn out to be a good thing fiven the recent drama surrounding the Snapdragon 810 and its overheating issues.

We will know more as we near the April 28 event when LG will finally lift the veil off this flagship device once and for all. Until then we will have to make due with what little information leaks out. You can be sure that as that date nears, possibly more accessory manufacturers will begin to post products on sites such as Amazon and possibly giving us a better glimpse of this anticipated device. Do you plan on picking up the LG G4 when it is released? Let us know on our Google+ page or in the comment section below. Until then, enjoy the pictures.