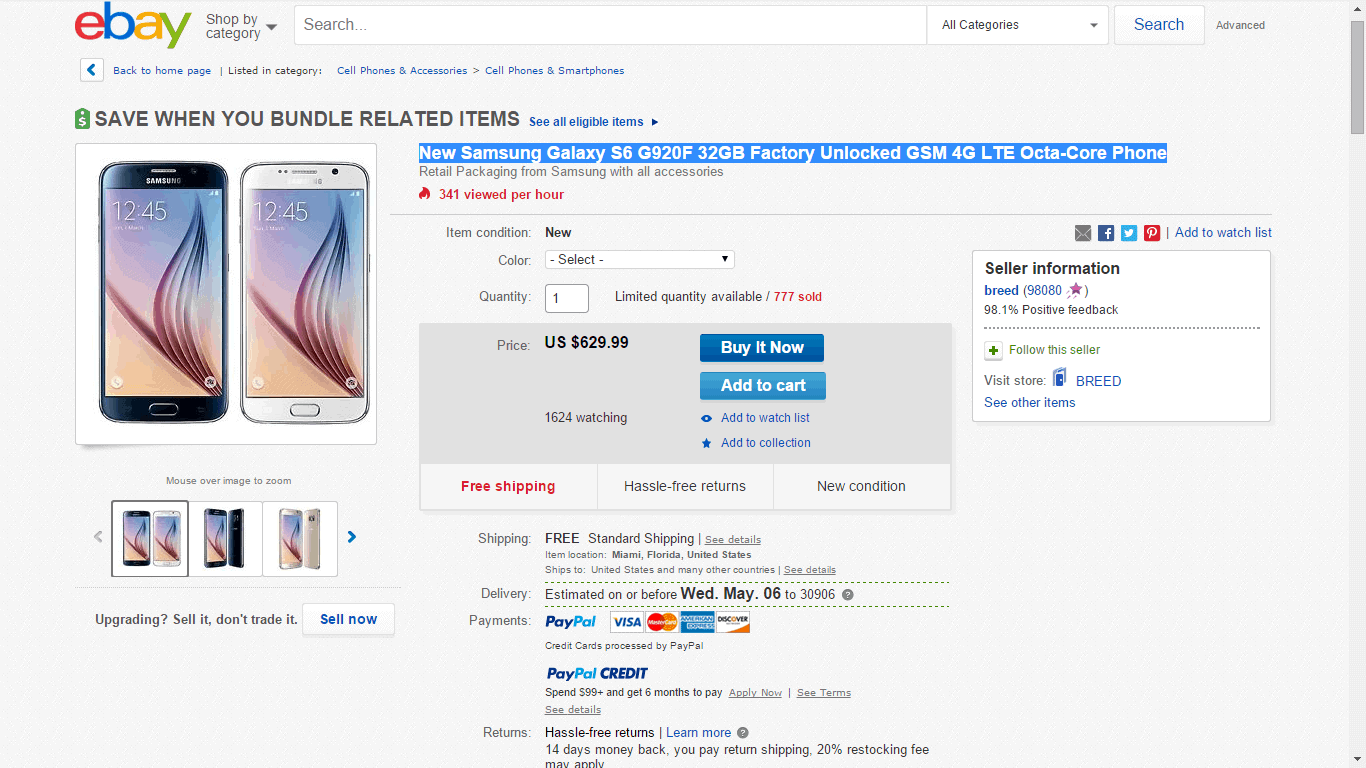 If you're struggling to figure out which smartphone you want to upgrade to and are considering the Samsung Galaxy S6, you may want to check out this deal from eBay on the factory unlocked 32GB model before you decide to purchase a device. The Galaxy S6 comes equipped with a 5.1-inch SuperAMOLED display with Quad HD resolution, is powered by a Samsung Exynos 7420 octa-core processor and it carries a non-removable 2,550mAh battery inside. It has a 16MP camera on the back and a 5MP camera on the front, and features a sleek metal and glass design, and it runs on the latest version of Android, Android Lollipop. This particular deal is for the unlocked model of the Samsung Galaxy S6, specifically the SM-G920F. This is an international model of the device, however, it does still support 2G and 3G networks, as well as 4G LTE bands 1, 2, 3, 4, 5, 7, 8, 12, and 17. If the Galaxy S6 isn't your style, there are plenty of other great deals to check out from today that you may not want to miss out on.