Skip to content
Trusted By Millions
Independent, Expert Android News You Can Trust, Since 2010
Publishing More Android Than Anyone Else
9
Today
109
This Week
797
This Month
6513
This Year
116484
All Time Do we have a good one for you today – a revamping of the popular Xiaomi Mi4 FDD-LTE model goes up against the new HTC One M9.  Both of these devices look premium, have a solid build to them and feel great in your hand.  The Xiaomi Mi4 uses a full metal frame with a plastic backing and the HTC One M9 uses aluminum all around and has looked about the same for the past 3 years.  Xiaomi smartphones are still only available in the US through an online purchase, although will eventually make their way to the US where they will be a force to be reckoned with.

Both of these devices have a few things in common – for starters, they have the exact same sized 5-inch display with a FHD resolution of 1920 x 1080 pixels and 441 pixels-per-inch (PPI).  They both have physical dimensions that are very close with the Mi4 coming in thinner and lighter.  Both devices sport 3GB of RAM and both have large front-facing cameras (FFC) 8MP on the Mi4 and 4MP UltraPixels on the One M9.  The usual suspects are all there – Wi-Fi, Bluetooth (4.0 on the Mi4 and 4.1 on the One M9), GPS, a microUSB port for charging and data transfer, a FM Radio, Quick Charge 2.0, non-removable batteries and an IR Blaster. 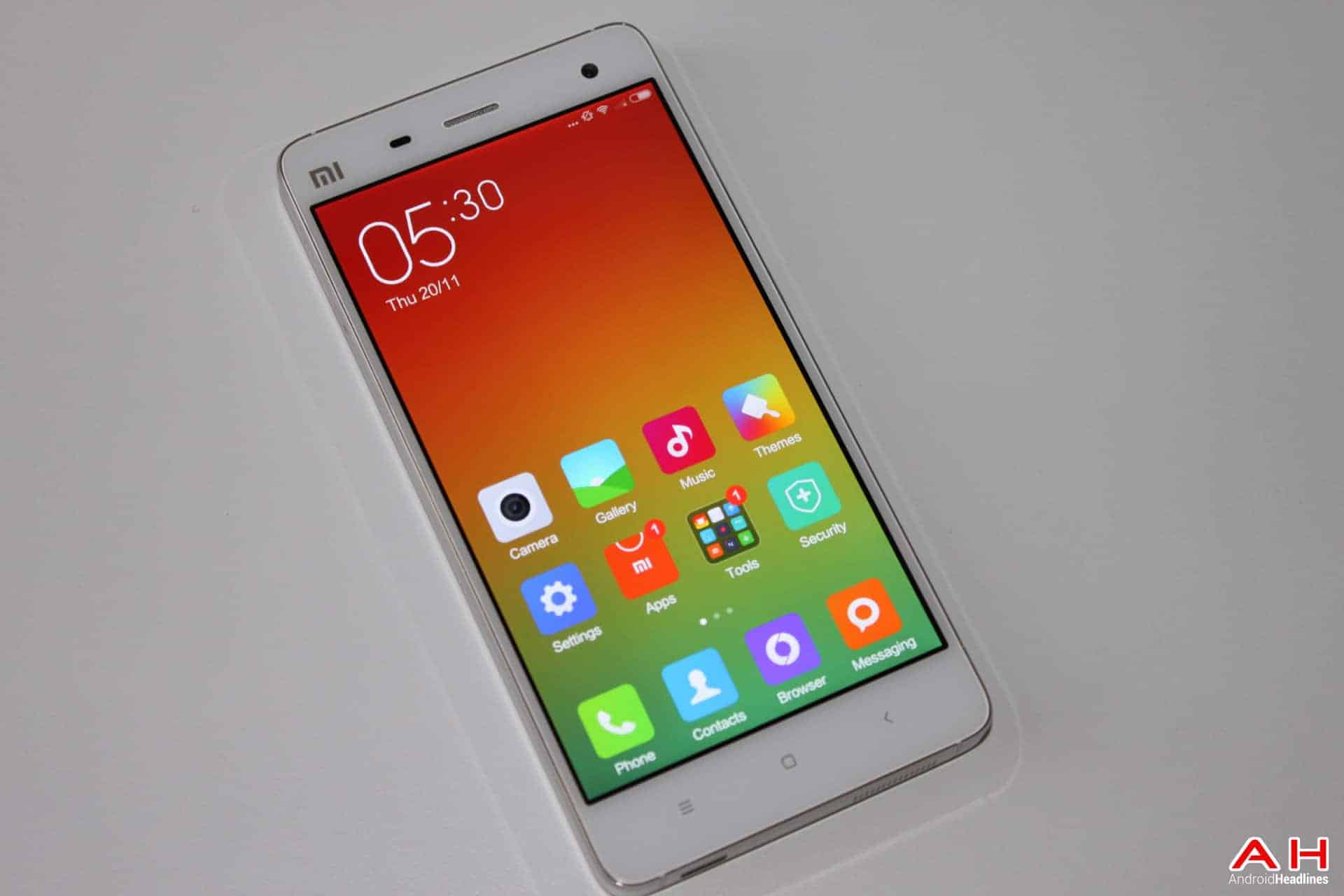 This is the new FDD-LTE model Xiaomi Mi4 that works using LTE Bands 1 (2100MHz) and 3 (1800MHz).  As of today, it is available only in a white and a 16GB model, but according to their website, they will eventually release a black model and a 64GB model – however, neither model will have room for additional storage.  The full-metal body and trim give the Mi4 a solid feel and makes for a premium looking device, even with its plastic back.  The Mi4 is comfortable in your hand and a pleasure to use.

The Xiaomi Mi4 and HTC One M9 have the popular 5-inch FHD IPS LCD display with a resolution of 1920 x 1080 pixels and 441 PPI.  Xiaomi chose the proven 32-bit Qualcomm Snapdragon 801 quad-core processor, clocked at 2.5GHz with 3GB of RAM and 16GB of internal storage.  However, this is real drop off from the 64-bit Snapdragon 810 octa-core found in the One M9 and the ability to expand its internal memory.  The Mi4 uses a 3080mAh battery, larger than the 2840mAh found in the One M9.

The main camera on the Xiaomi Mi4 is a respectable 13MP sized sensor and then adds a dual-LED flash and Autofocus.  The HTC One M9 ups the ante with a 21MP sensor and a dual-tone LED flash and autofocus.  In the FFC camera department, the Mi4 kicks it with a large 8MP sensor for great social media selfies and video chatting, although the 4MP UltraPixel camera in the One M9 should do just fine.

When it comes to other extra features – beside the usual Dual-Band Wi-Fi, Bluetooth 4.0, IR Blaster, microUSB port and FM Radio that both devices possess, the Xiaomi Mi4 does have a bottom mounted speaker, rather than the back, but it cannot compete with the front-mounted BoomSound speakers on the One M9.  This is the new FDD-LTE device, so please check with Xiaomi’s website and your carrier to make sure that you can use 4G LTE in your country.  The Xiaomi Mi4 is running Android 4.4 KitKat with MIUI 6 on top.  Pricing is all off-contract via online ordering – approximately $480 for 16GB model, although it is on sale for $336. 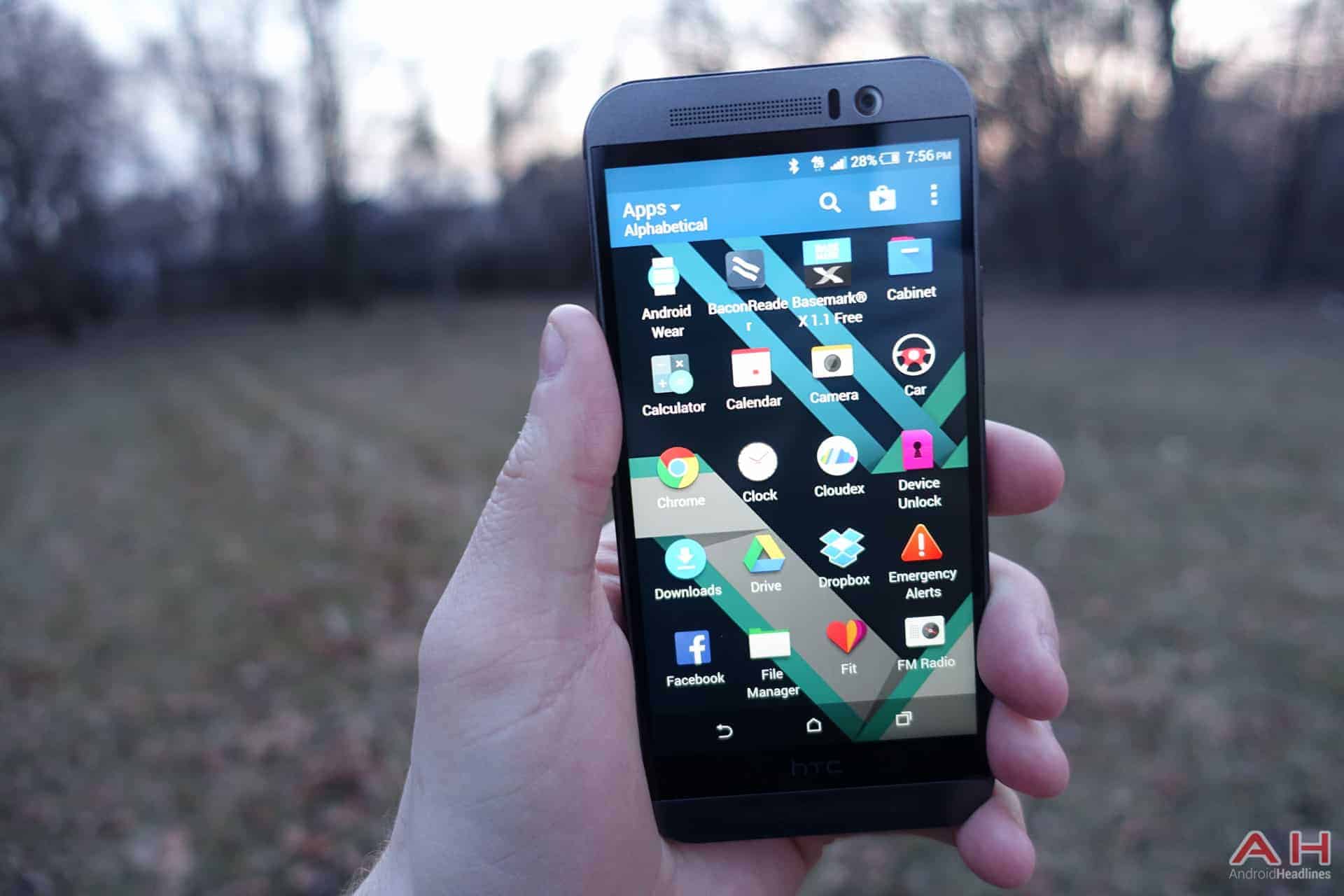 There is no mistaking that the new HTC One M9 belongs to the HTC One series.  It has the all-metal body, beautiful to look at and a joy to hold…especially with a subtle redesign around the sides of the body with a small lip for better gripping.  The back of the device is a sure give away this is not a One M8, as the camera area looks more like the older M7 since HTC did away with the duo camera.

The HTC One M9 comes with a 5-inch Full HD Super LCD3 display with a resolution of 1920 x 1080 pixels and 441 PPI – the same display type found on the Xiaomi Mi4 with the same 441 PPI.  HTC chose the 64-bit octa-core Qualcomm Snapdragon 810 with four cores clocked at 1.5GHZ and four cores clocked at 2.0GHz – two generations ahead of the 32-bit Snapdragon 801 in the Mi4.  It is packing 3GB of RAM and 32GB of internal storage, although it has a microSD card for additional storage up to 128GB.  The Mi4 packs the same 3GB of RAM, it is offered in either a 16GB or 64GB model with no expansion possible, and so far, 16GB is the only model you can order.

HTC worked a lot in the camera area and for the most part they succeeded, but for some reason, HTC still does not include OIS.  The main 4MP UltraPixel camera is gone and moved to the front, which should provide great selfies and video chatting and allow it take better low-light pictures.  HTC replaced it with a Sony 20.7MP sensor with autofocus and dual-tone LED flash…compared to the 13MP main camera on the Mi4 and the huge 8MP FFC.  It uses a non-removable 2840mAh battery…smaller than the 3080mAh non-removable battery in the Mi4.  Both devices also support Quick Charge 2.0 thanks to their Qualcomm processors.

The HTC One M9 retains the dual front-facing stereo speakers with BoomSound compared to bottom-facing speaker on the Mi4.  The One M9 comes in Gunmetal Gray, Amber Gold, Silver/Rose Gold and Gold/Pink.  It is running Android 5.0.2 Lollipop and pricing is around $199 on a two-year contract and $690 off contract. 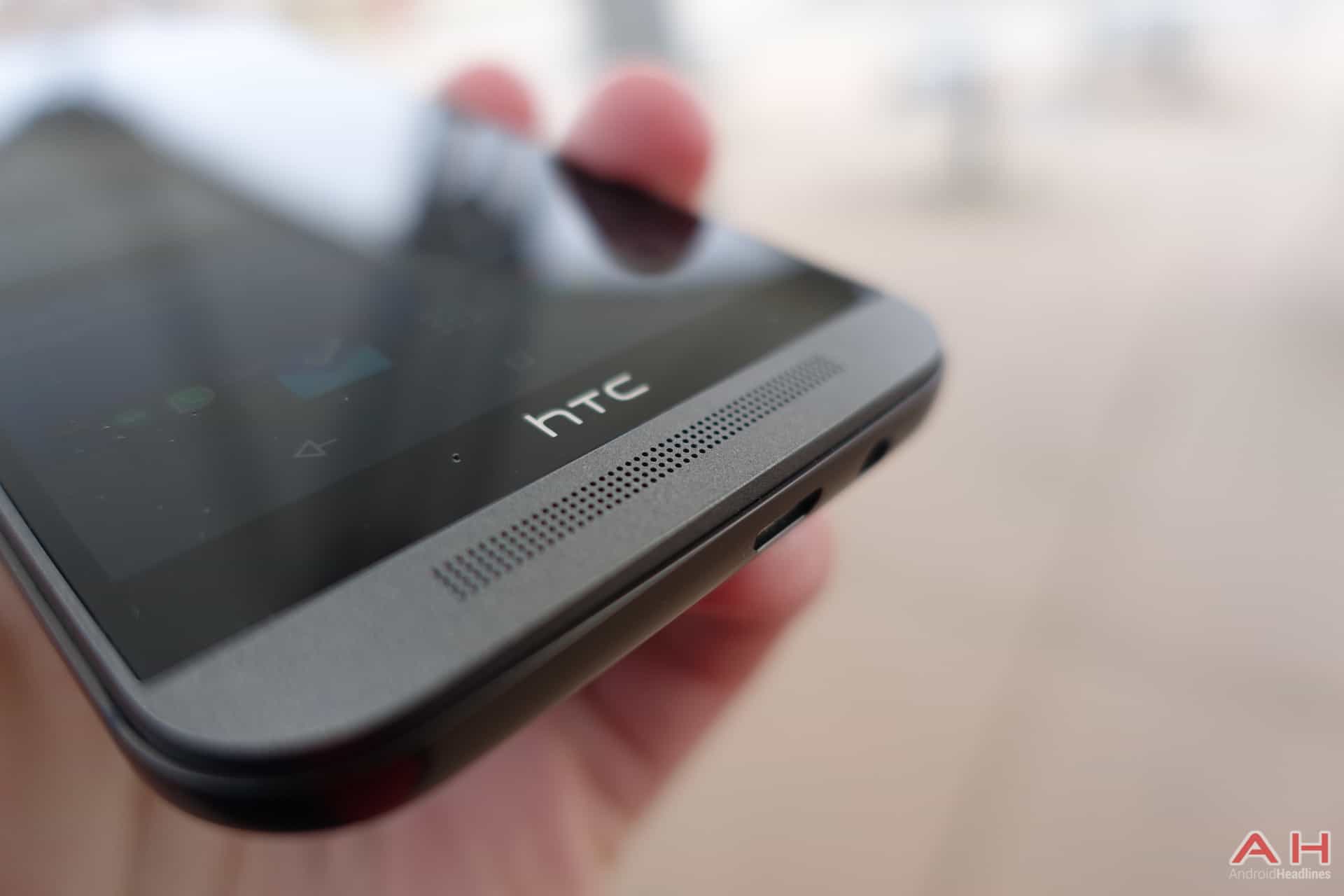 The crowning of the HTC One M9 as winner of this comparison hinged on a couple factors – the availability to run on all major US networks, the processor and internal storage.  The displays are the same in size and PPI, so when we get past that, the Xiaomi will only work on AT&T and T-Mobile’s LTE in the US.  The 32-bit Snapdragon 801 quad-core just does not compete with the new 64-bit Snapdragon 810 octa-core processor and 16GB of storage with no room to expand just does not work in today’s mobile world.  Then you add up the camera options and the HTC One M9 wins there as well – yes, the Mi 4 does have a larger FFC, but the UltraPixel 4MP of the One M9 will be more than adequate for selfies and chatting.  Add in the BoomSound dual front-facing stereo speakers and a reasonable $199 price on a two-year contract and we have ourselves a winner.

The Xiaomi Mi 4 did upgrade to the FDD-LTE bands, but it did not improve anywhere else and its age is starting to show.  It is still a great device for the right circumstances, but the HTC One M9 just seems to have more of what customers are looking for in a modern smartphone.