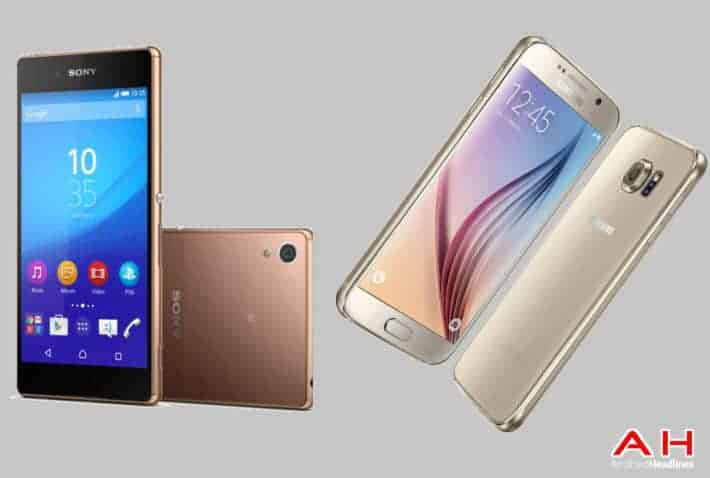 Do we have a good one for you today – the new Sony Xperia Z4 versus the new Samsung Galaxy S6.  Here we have two phones that are very similar in physical design with metal frames and Gorilla Glass front and back in a variety of colors.  Solid construction with a premium look and feel – they are even almost the identical size. The only real difference on the front is the Samsung Galaxy S6's home button that doubles as the fingerprint sensor and on the back, Samsung has centered their camera whereas Sony placed the Xperia Z4 camera in the upper left hand side.

Despite their similarities on the outside, the technical aspects of the devices are very different.  Yes, they both have almost identical display sizes, a 64-bit octa-core processor, 3GB of RAM, 32GB or 64GB of internal storage and great cameras, but they are very different in terms of execution.  They both have the usual suspects – Wi-Fi, Bluetooth 4.1, GPS, NFC compatibility, a microUSB port for charging and data transfer, non-removable batteries and they both offer quick charging options. 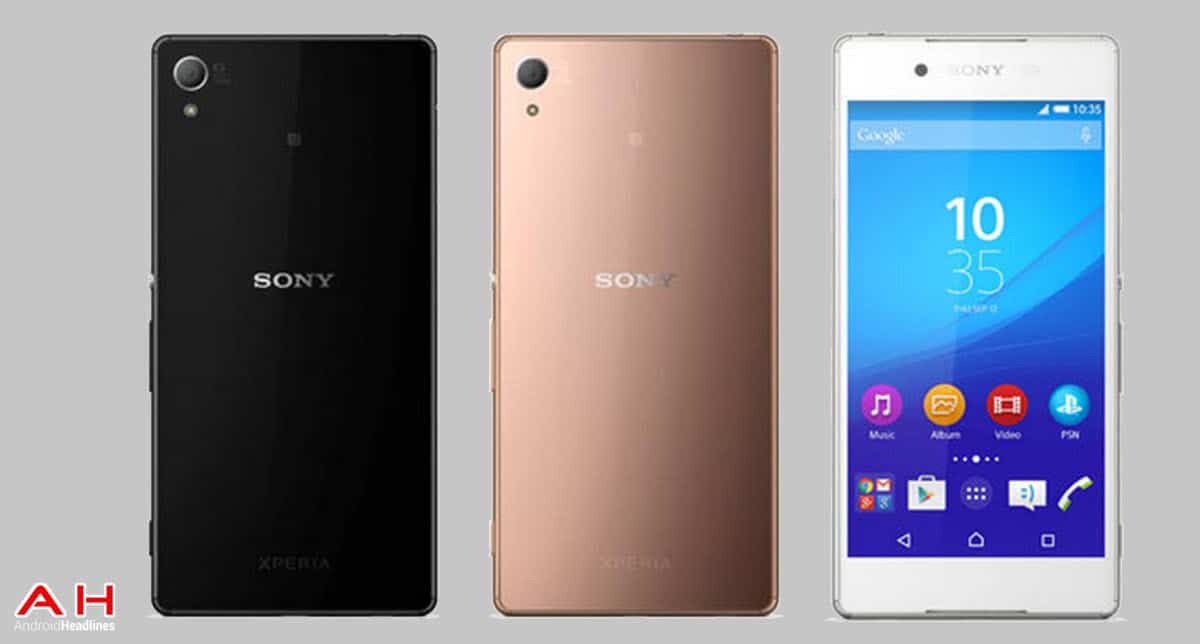 The Sony Xperia Z4 is the latest flagship, but we are not sure if or when the device will ever reach the shores of the US – or anywhere outside Japan.  Sony makes a quality product, if not somewhat behind the technology of its competitors, for instance, they are still using a 1080p rather than the newer 1440p display.  They put a great camera in their Xperia devices, but still refuse to add OIS.  And then we have their distribution channels troubles and relationships with the US carriers…but that is another story.

The Xperia Z4 is mostly an updated Xperia Z3 – the basic design is intact, and that is to say, while it is your basic rectangle with rounded corners, it is a beautiful composition of metal and glass…much like the Galaxy S6.  Minor changes were made, such as the charging port was moved to the bottom from the side and even though it is still waterproof, it no longer needs a sealed cover.  The magnetic charging pins on the side are gone and the SIM card and microSD card slots are now consolidated into one port.  These are welcomed changes and really clean up the device.

The Xperia Z4 sports a 5.2-inch FHD display with a resolution of 1920 x 1080 pixels and 424 pixels-per-inch (PPI) versus the 5.1-inch QHD display on the Galaxy S6 with 577 PPI.  Both devices are using a 64-bit octa-core processor – the Xperia Z4 is using the Qualcomm Snapdragon 810 with four cores clocked at 1.5GHz and four cores clocked at 2.0GHz, while Samsung decided to use its own 64-bit Exynos 7420 octa-core processor.  Both devices use 3GB of RAM, although the Xperia Z4 uses DDR3 and the Galaxy S6 uses faster DDR4.  The Xperia offers you a choice of 32GB or 64GB of built-in storage with room for 128GB of expansion via a microSD card slot.  The Galaxy S6 has a choice of 32GB, 64GB and 128GB of storage but no room for expansion…it also uses the newest UFS 2.0 Flash memory technology.

The camera area is the same from the Xperia Z3, which is to say, excellent.  The main camera is 21.7MP with autofocus and LED flash, but still no OIS.  The 5.1MP front-facing camera (FFC) and 25mm wide-angle is great for selfies and video chatting.  These compare favorably with the Galaxy S6 with a 16MP main camera and 5MP FFC.  The Xperia Z4 sports a larger 2930mAh battery versus the 2550mAh in the Galaxy S6, has an FM Radio and is IP68 certified dustproof and waterproof.  The new Xperia Z4 will come in Black, White, Copper and Aqua Green and will be running the latest Lollipop.  No pricing or availability outside of Japan or Asia was announced. 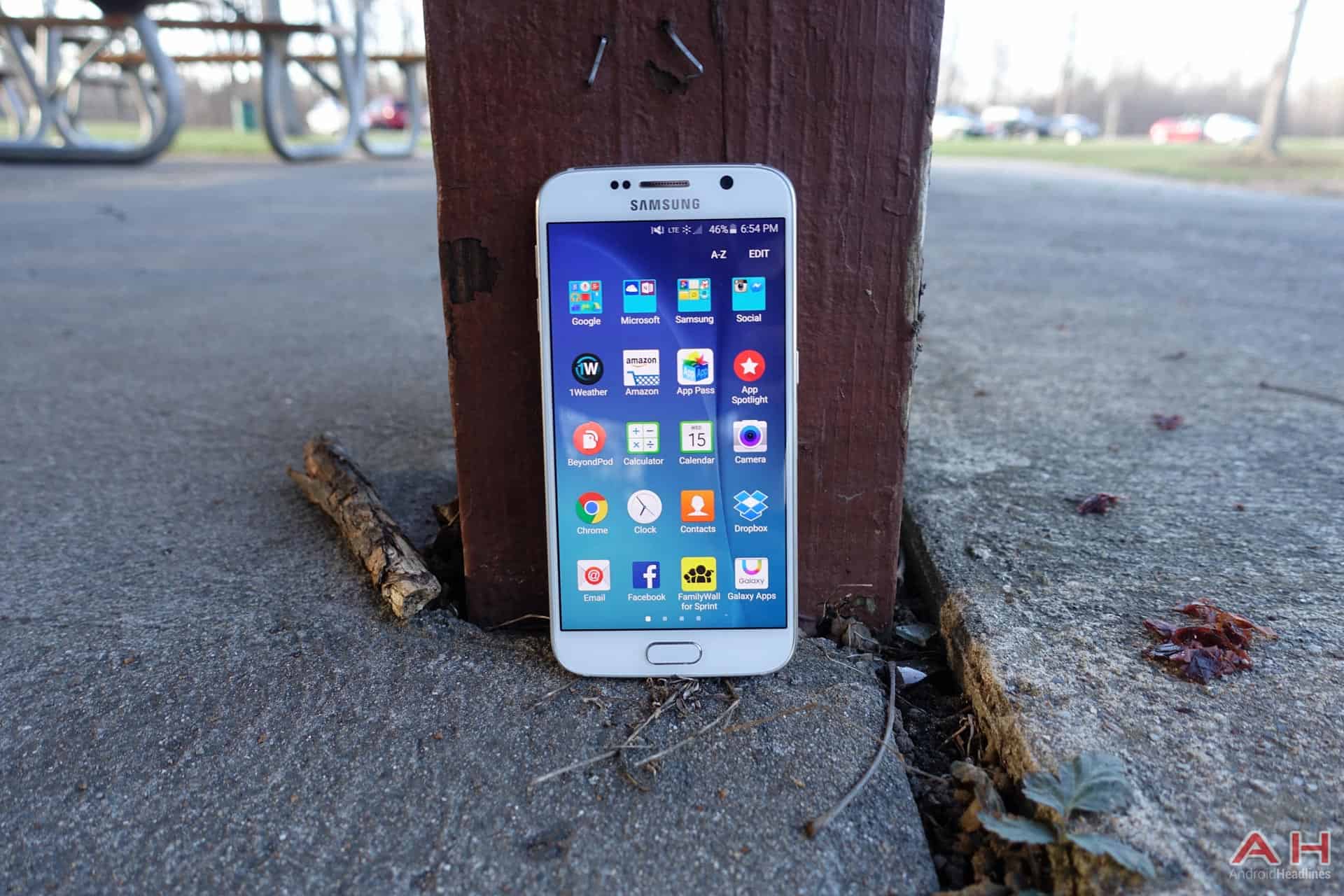 Samsung really changed their approach in designing the new Galaxy S6 – no more plastic everywhere, instead we have an aluminum unibody with Gorilla Glass 2.5D on the front and Gorilla Glass on the back.  It comes in a variety of colors, such as White Pearl, Black Sapphire, Gold Platinum and an exclusive Galaxy S6 color, Blue Topaz.  The Galaxy S6 is beautiful from every angle with a premium feel and solid build.

The Galaxy S6 sports a 5.1-inch Quad HD display with a resolution of 2560 x 1440 pixels and 577 pixels-per-inch (PPI) compared to FHD display and 424 PPI on the Xperia Z4.  Samsung made a bold decision to go with their in-house 64-bit Exynos 7420 octa-core processor.  It has four cores clocked at 1.5GHz and four cores clocked at 2.1GHz.  The Xperia Z4 is using the very capable 64-bit Snapdragon 810 octa-core processor.  The Galaxy S6 is packing 3GB of the much faster DDR4 RAM, compared to 3GB of DDR3 RAM used in the Xperia Z4, and it comes with Samsung's new, faster, UFS 2.0 flash memory offering 32GB/64GB/128GB models with no room for expansion.

The camera is using a 16MP sensor with autofocus, LED Flash, a wide f/1.9 aperture, Live HDR and OIS.  This is the best camera Samsung has ever put in a smartphone and it scored an 87/100 from DxOMark, the best rating to date.  Samsung increased the FFC to 5MP and they wisely added the f/1.9 aperture and Live HDR for excellent low-light selfies and video chatting.  Samsung then added a 120-degree wide-angle lens for better group shots.  The Xperia Z4 camera area is excellent, but it just doesn't have enough to top the Galaxy S6's cameras.  The 2550mAh battery is much smaller than the 2930mAh in the Xperia Z4, but it should easily get you through an entire day with moderate usage.  However, if you run into trouble, the new Samsung non-removable battery can charge up to 4 hours of usage in only 10 minutes and they included built-in wireless charging.

The Galaxy S6 has a few features not found on the Xperia Z4 – it has a QHD display, it is Samsung Pay ready, its fingerprint sensor is PayPal certified, includes a heart rate monitor, an oxygen saturation sensor and wireless charging for both Qi and PMA standards.  It is running Android 5.0.2 Lollipop and will cost you about $200 on a two-year contract and $600 off-contract for the 32GB model. 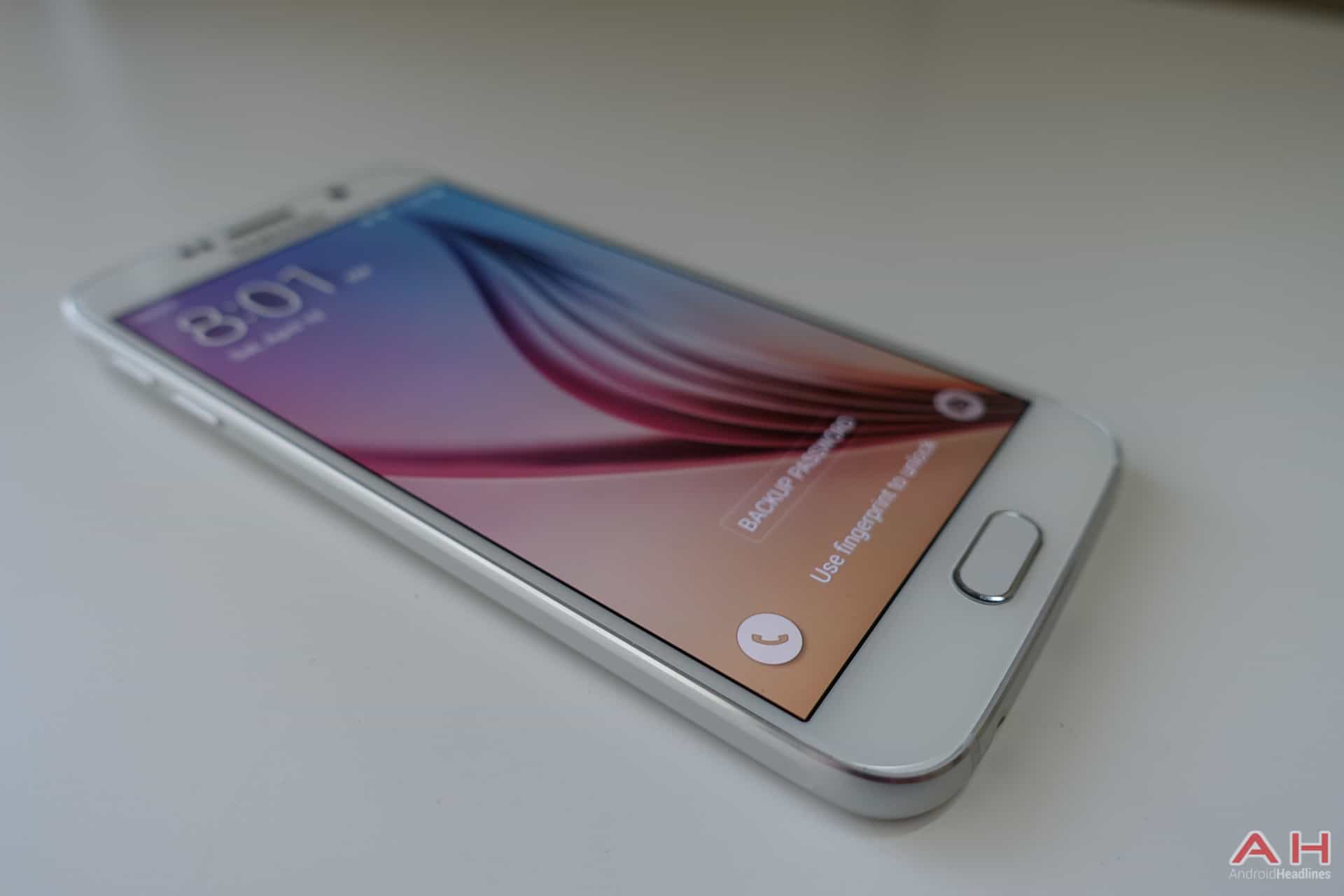 This was an easy one today as I pick the Samsung Galaxy S6 as the winner of this comparison.  The Sony Xperia Z4 may have dual front-facing stereo speakers, expandable storage and is dustproof and waterproof, but it is just not enough to overcome the Galaxy S6.

Was it sad to see Samsung get rid of the expandable memory and not keep the waterproofing considering it has a sealed back…certainly…but does that make the Xperia Z4 the winner…certainly not.