Not a big surprise here.

Sony is slated to be announcing their Xperia Z4 really soon. Especially if all of these leaks are anything to go by. Today, we have some renders from @OnLeaks. Basically we can only see the front of the device. But looking at the front, we can see that the power button, volume rocker and camera shutter are all in the same place. The device looks really similar to the Xperia Z3, but the speakers are a bit lower. And they almost blend in with the edge of the device. What we can tell from the leak is that it’s running Android Lollipop. Not a huge surprise, as the Xperia M4 Aqua and Xperia Z4 Tablet from MWC were also running on Lollipop. Otherwise, it appears Sony is keeping the same old design again.

For a while now, Sony has had pretty much the same design when it comes to their smartphones. While we do like the design, it’s always nice to have an occasional redesign. As far as specs go for the Xperia Z4, we’ve been hearing of a 1080p or a QHD display. Also a Qualcomm Snapdragon 810 processor, 4GB of RAM and 32GB of storage. We’ve also seen in the leaks that Sony is keeping their 20.7MP camera on the back. Which is a fantastic camera, but is feeling a bit dated at this point, while the competition is really starting to heat up with the likes of the Galaxy S6, and LG G4 here and on the horizon, respectively.

We’re not sure when Sony is going to be announcing the Xperia Z4 just yet. But it appears that Sony has finally gotten off of the 6-month update schedule. We expected them to announce it in Barcelona, but instead they gave us the Xperia Z4 Tablet. Sony did say that they’d announce it before September, which is when IFA takes place in Berlin. So we might see Sony announce it at Computex over the summer in Taipei. Or Sony might do their own separate event for it, like what LG does, and Samsung used to do. 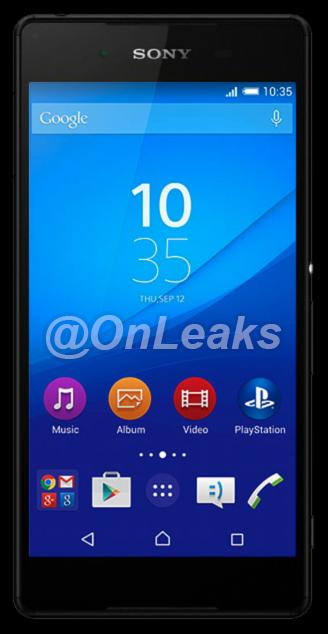