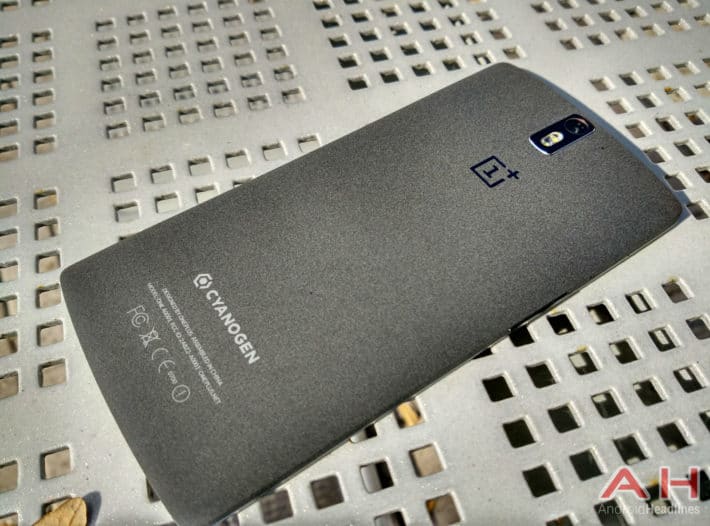 The OnePlus One's debut onto the smartphone scene rightfully shook some things up for a lot of people.  The phone comes from a new Chinese manufacturer who's goal was to release the best components for the lowest price possible, and they delivered on that promise with the One.  When it launched last summer it featured every specification that all the other flagships at the time had, however it was selling for literally half the price of those flagships and sporting more internal storage space to boot.  There were a few issues at launch much like there are with basically every phone out there, but most or even all of them have been addressed since then.  That is apparently except for the touchscreen issues that some users are still reporting as of the CyanogenOS 12 update released just last week.

To make a long story short the OnePlus One suffered from multi-touch problems out of the gate for some users, although we didn't notice them until 2 months after using the phone daily.  Updates that went out in August and September were supposed to fix these issues, and it seems like it did for most people too, however there is now a new thread on Reddit that's suggesting otherwise.  These issues range from ghost swipes, where two fingers in close proximity actually make the phone think you are swiping instead of tapping with two fingers, all the way to issues with multi-touch commands like pinch-to-zoom and even input being completely ignored.  These issues have been attributed to multiple problems in the past including bad digitizer drivers, which were included in the update in September and personally fixed my OnePlus One, as well as other environmental issues such as heat and humidity.

Needless to say there are still users reporting problems with the issue, and there seems to be no clear answer as to why it's happening in the first place.  Many users have reported that RMA's have solved the issue, although sometimes it takes more than one RMA to get a phone without the issue.  Others have suggested that their phones were fine until X update, while others have resorted to hardware tricks like putting aluminum foil behind the backplate to help add shielding to the phone.  Either way it's impossible to tell how many OnePlus owners are actually affected and whether or not it's just the outspoken minority having issues here or not.  After all most people who have a good experience don't speak out, but ones with a bad experience tend to shout from the rooftops.  Other phones with similar issues include the Oppo Find 7, uleFone Be Pro, Mlais M52 Red Note and plenty of other phones as well.  This is a common problem with phones out there and not one often explored in depth.  Check out the Reddit thread below for all the theories behind the problem and maybe even some possible fixes if you're suffering from this issue.