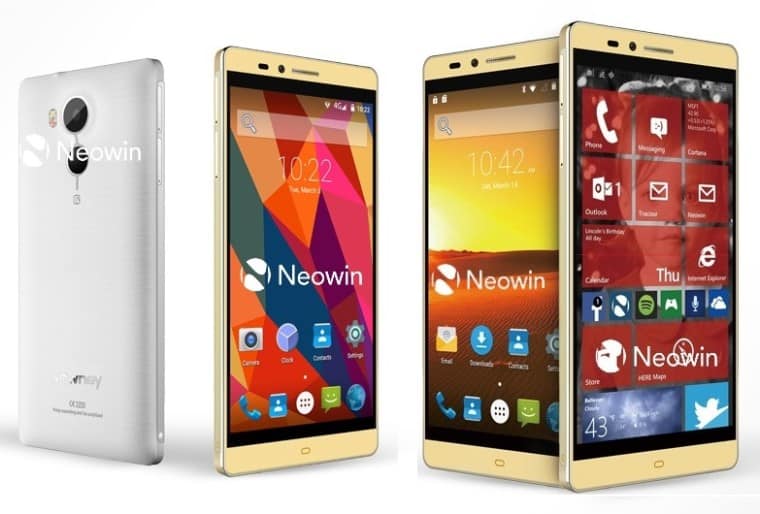 Android, iOS and Windows Phone are currently the biggest mobile operating systems on the planet. Truth be told, Windows Phone is still seriously lagging behind Google's and Apple's offerings, but it's firmly holding the third place. There are a number of basically completely unknown smartphones / tablets in China which are actually offering Android + Windows Phone dual boot in China, and it seems like a somewhat more recognizable brand will offer something similar soon as well. I don't know if you recall, but we've talked about Elephone's upcoming flagships recently, and two version were mentioned. Well, we have some new info regarding all that now, read on.

We've talked about Elephone's 'Version A' and 'Version B' flagships which leaked in some promo materials recently. One of those versions actually listed both Android and Windows 10 (soon to be re-branded Windows Phone) OS', while the other one was said to sport Android 5.0 Lollipop only. The dual boot seemed somewhat far-fetched, but it seems like Elephone really plans to include both Android and Windows OS in one version of their upcoming flagships, at least according to a new report. The so-called 'Version B' of Elephone's still unnamed flagship will sport these two operating systems, let's take a quick look at its specs. This handset will reportedly feature a QuadHD (2560 x 1440) display (we still don't know how big will it be) along with 4GB of RAM and 32GB of internal storage. The available info also says that it will sport a 20.7-megapixel camera on the back (Sony's sensor) and will ship with a 3,800mAh battery on the inside. Intel's quad-core SoC will power on this device, and you can also expect 4G LTE connectivity and a fingerprint scanner to be available in this package.

Both this report and some previous ones we've covered claim that this handset will launch in June, and the Android 5.0 Lollipop only version will launch one month before it, in May. The two devices will be basically identical as far as design and size go it seems, but the software will be significantly different. You can check out how these devices will look like in the provided image, and all we can do now is wait, we'll report back if additional info pops up.