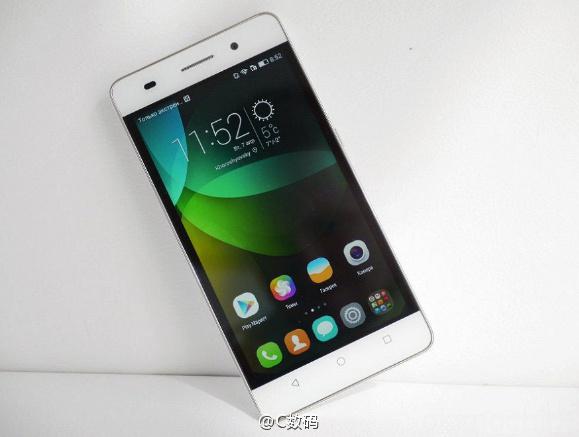 Huawei has announced three new devices quite recently, the Huawei P8, P8 Lite and P8Max handsets. These are effectively Huawei's new flagships, though the P8 and P8Max are somewhat more powerful than the P8 Lite. That being said, Huawei is still nowhere near done with announcements for the foreseeable future it seems. The company's Honor 4C handset was listed on the company's official website in Russia recently and Huawei has also teased its launch for April 28th, which is tomorrow. A recent report also claims that the company intends to launch two additional devices on that date, so we might see three new devices launched by this China-based smartphone OEM.

Having said that, a ton of additional Huawei Honor 4C images leaked prior to its launch. If you take a look at the gallery down below you'll be able to check out this device's design from more or less every corner. The Honor 4C will sport a very thin metallic trim around the device, but that doesn't mean its bezels will be thin though. As you can see in the images down below, the black bars are quite thin on the sides. The phone will sport three capacitive buttons below the display (back, home and overview) and its speaker is located on the back of the device. Aside from the metallic frame, this handset will be made out of plastic it seems.

According to previously leaked information, the Honor 4C will feature a 5-inch 720p (1280 x 720) display along with 2GB of RAM and 8GB of internal storage (expandable via microSD card). This handset will be powered by Huawei's HiSilicon Kirin 620 processor along with Mali-450 MP4 GPU. On the back of the Honor 4C you'll be able to find a 13-megapixel camera (f/2.0 aperture) which will be flanked by an LED flash. The 5-megapixel snapper will be available on the front side of this handset and we're talking about a handset which offers 4G LTE connection speeds. Android 5.0 Lollipop will come pre-installed on this device with the company's Emotion UI (EMUI) 3.0 being installed on top of Google's OS. According to the company's listing, this device will cost $174 (in Russia).