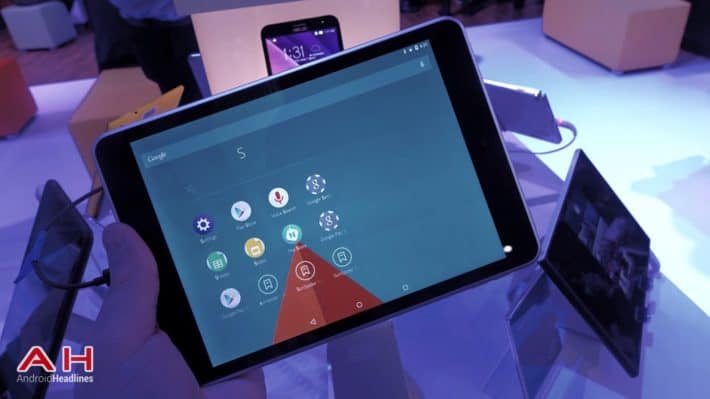 Nokia has been under the spotlight recently, this Finland-based company has agreed to purchase Alcatel-Lucent about a week ago. The deal won't go through before the beginning of 2016, but the company is hoping to close it as soon as possible. This started all kinds of rumors that the company will get back into the smartphone business soon, but it seems that won't be the case. Nokia did release a device after selling the Devices and Services division to Microsoft though, they announced the Android-powered, premium built N1 tablet last year.

This device is manufactured by Foxconn and has been selling really well in China, the only country it was available in. Many of us were wondering when will it become available outside of China, and that just happened, don't get your hopes up just yet though. The N1 is now available in Taiwan, which doesn't exactly help out people who don't live in those two countries. That being said, the tablet will soon be available in a number of additional countries in Asia, but we don't know if Nokia intends to roll it out outside of Asia. Even if they do intend to do that, don't expect it to happen any time soon though. The Nokia N1 is priced at TWD 8.190 ($269) in Taiwan and will be available for purchase in May through Shunfa 3C.

The Nokia N1 sports a 7.9-inch 2048 x 1536 IPS LCD display along with 2GB of RAM for all your multitasking needs and 32GB of non-expandable internal storage. Intel's Atom Z3580 quad-core chip clocked at 2.3GHz powers on this tablets and comes with a PowerVR G6430 GPU for graphics processing. A 5,300mAh battery is here to make sure you don't run out of juice ahead of time and this device ships with Android 5.0 Lollipop with Nokia's Z Launcher on top of it, it is relatively bloat-free it seems. On the back of this tablet you'll find an 8-megapixel shooter, while there's a 5-megapixel shooter is available up front. The tablet measures 200.7 x 138.6 x 6.9mm and weighs 318 grams. There you have it, if you live in Taiwan you'll be able to purchase Nokia's N1 tablet soon enough.