There have been multiple leaks over the past few days about the impending launch of Huawei’s new mid-range warrior, the Honor 4C, that is about to replace the Honor 3C in Huawei’s lineup. Now there are new reports emanating out of China that claims that the 4C won’t come alone. It will come with at least a couple of it’s siblings in tow. According to the report, a picture posted on a Chinese social networking website shows three Huawei devices stacked on top of one another that are rumored to be the Huawei Honor 4C Play, the Honor 4C Note and the Honor 4C Max. It is still unclear as to how reliable these rumors are, but going by the success of the 3C, it is understandable if Huawei wants to expand the branding this time around and bring in more devices at different price points and different screen sizes to target different consumer segments.

While no information is available as yet about the other devices, the Honor 4C Play is said to feature a 5 inch screen with a High Definition resolution of 1280 x 720, which comes to a 263 ppi pixel density. It will reportedly run on a 64-bit octa-core Kirin 620 SoC, designed and developed in-house by Huawei. It is said to pack 2GB of RAM and 8GB of built-in storage and will have a 13 megapixel rear camera with 1080p video capabilities and a 5 megapixel selfie-cam. The device will have a 2550 mAh battery, and will run Android Lollipop out of the box with Huawei’s Emotion UI overlaid. The Honor 4C Max and Honor 4C Note, going by the nomenclature, will probably have larger screens, but whether either of them will get the Full-HD treatment still remains to be seen. Also, whether the specifications will see a bump or not will only be cleared up on release – scheduled for April 28th at Beijing. The pricing of the devices still remain a mystery, with none of the leaks saying anything on that front, but going by the pricing of the 3C from last year, we expect these devices to be super affordable in spite of boasting impressive mid-range specs. The image that forms the basis of this report can be viewed below. 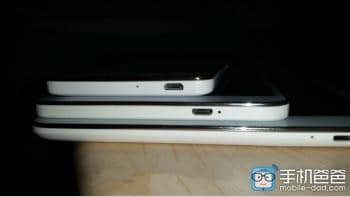