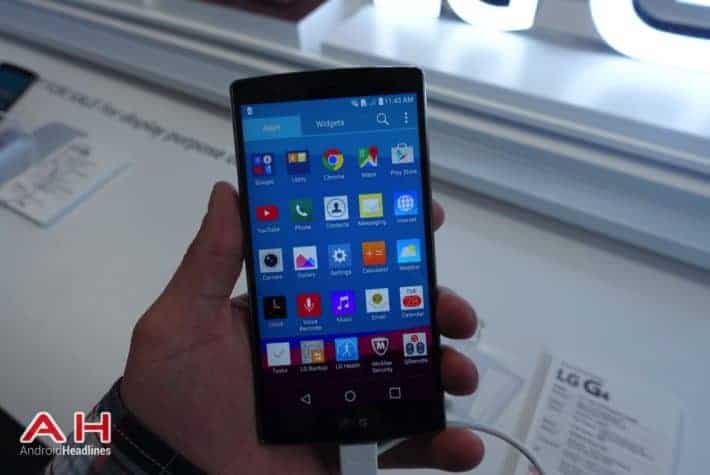 Today was the big day for the official LG G4 launch and it comes to us with a few improvements over its predecessor, the LG G3.  Because the LG G3 was the first major manufacturer to bring us a massed produced Quad HD display, the excitement for the LG G4 will have to come from the upgraded processor, slightly curved display, camera improvements and beautiful new backings, such as genuine leather.  What most of you want to know is when you can get your hands on this great new smartphone?

The LG G4 will be headed to Rogers, Bell, TELUS, Vid©otron and Wind Mobile "beginning this June."  That still leaves the exact date somewhat unresolved, but we will update you when there is better information.  One of the nicest features of the new LG G4 is the availability to interchange backings – a way to personalize it – however, it looks like the only options in Canada will be the "Metallic Grey" plastic cover and the "Black" leather option.  Because the backings are interchangeable, I am sure you will be able to buy the back you want on your new LG G4.  Pricing has not yet been set, but expect it to be between the Galaxy S6 and Galaxy S6 Edge.

As far as specifications go, the big news is that LG, like Samsung, decided to pass on the Qualcomm Snapdragon 810 octa-core processor and go from the Snapdragon 801 quad-core, found in the LG G3, to the Snapdragon 808 hexa-core.  This six-core processor has been optimized to run on the LG G4 and should run a lot cooler than the Snapdragon 810 with LG claiming it will give the user a better overall experience.  The LG G4 retained its 3GB of DDR3 RAM and 32GB of flash memory.  Like other manufacturers this year, the main 'focus' (no pun intended) on cameras this year were not so much about the number of pixels, but on refinements to the overall quality of photos and user experience.  LG did jump from 13MP on the LG G3 to a 16MP shooter on the LG G4 for the main camera and like others, increased the front-facing camera (FFC) to 8MP for the ever increasing popularity of selfies.

The display stayed the same at 5.5-inches and retained its QHD resolution, but LG refined the display from a Quantum Dot Display to a Quantum Display with dCi Cinema-like images and improvements to the drain on the 3000mAh battery.  Because of its removable back, the battery is replaceable and even though it comes with 32GB of internal storage, there is also a MicroSD card slot for 128GB of expansion.