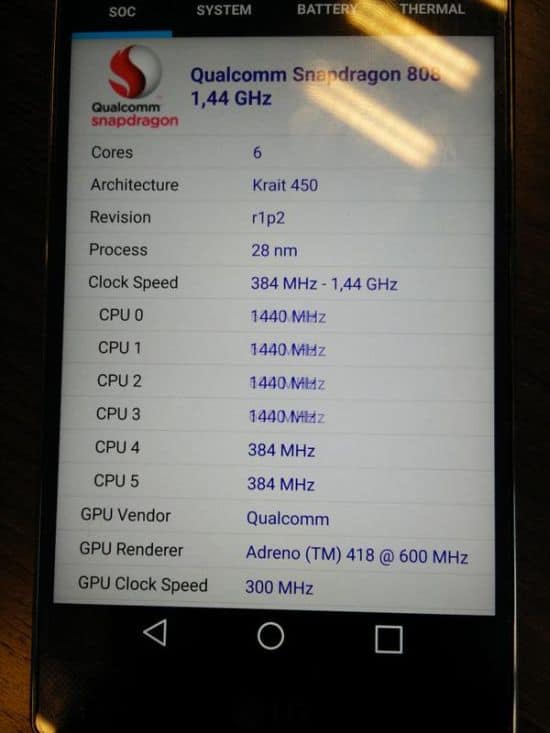 Samsung, HTC and Huawei have already announced their flagship devices for 2015, there are quite a few smartphone manufacturers who still haven't done that though. LG is definitely one of those OEMs, this Korean tech giant will announce their LG G4 flagship on April 28. The company has already sent out invites for the launch event and has teased the upcoming device a number of times. Unfortunately for LG, a huge leak appeared seemingly revealing a ton of info about the device as well as leaking 30 images of the G4. That being said, we have some new info to share with you.

As most of you probably already know, the Snapdragon 810 chip is Qualcomm's most powerful SoC currently available out in the market. That being said, this processor has been accused of heating up way too much several times now. Samsung has avoided using this SoC in its newly-announced Galaxy S6 flagships (the company has used their very own Exynos SoC instead) and the latest rumors have claimed the LG will also try to avoid that processor when it comes to their upcoming G4 flagship. The rumors have been saying that LG might opt to use Qualcomm's Snapdragon 808 hexa-core SoC instead, and today's leak confirms that. If you take a look at the provided image, you'll notice that the Snapdragon 808 chip is listed on there (quad-core clocked at 1440MHz + dual-core clocked at 384MHz).

How can we be sure this is the LG G4? Well, we can't, it is also possible that this is a lower-end variant of the device, G4 'Lite' or something like that. This does seem rather interesting though, we've seen quite a few rumors thus far saying that the G4 will be powered by this chip. Anyhow, according to the leaked info, the LG G4 will feature a 5.5-inch QuadHD display (the same one you can find in the G3) and ship with a 3,000mAh battery. Android Lollipop will come pre-installed on this device with LG's recently-announced UX 4.0 on top of Google's OS. LG Innotek has also announced the new rear (16-megapixel) and front-facing (8-megapixel) camera sensors that are going to ship with the G4, LG has confirmed that much.