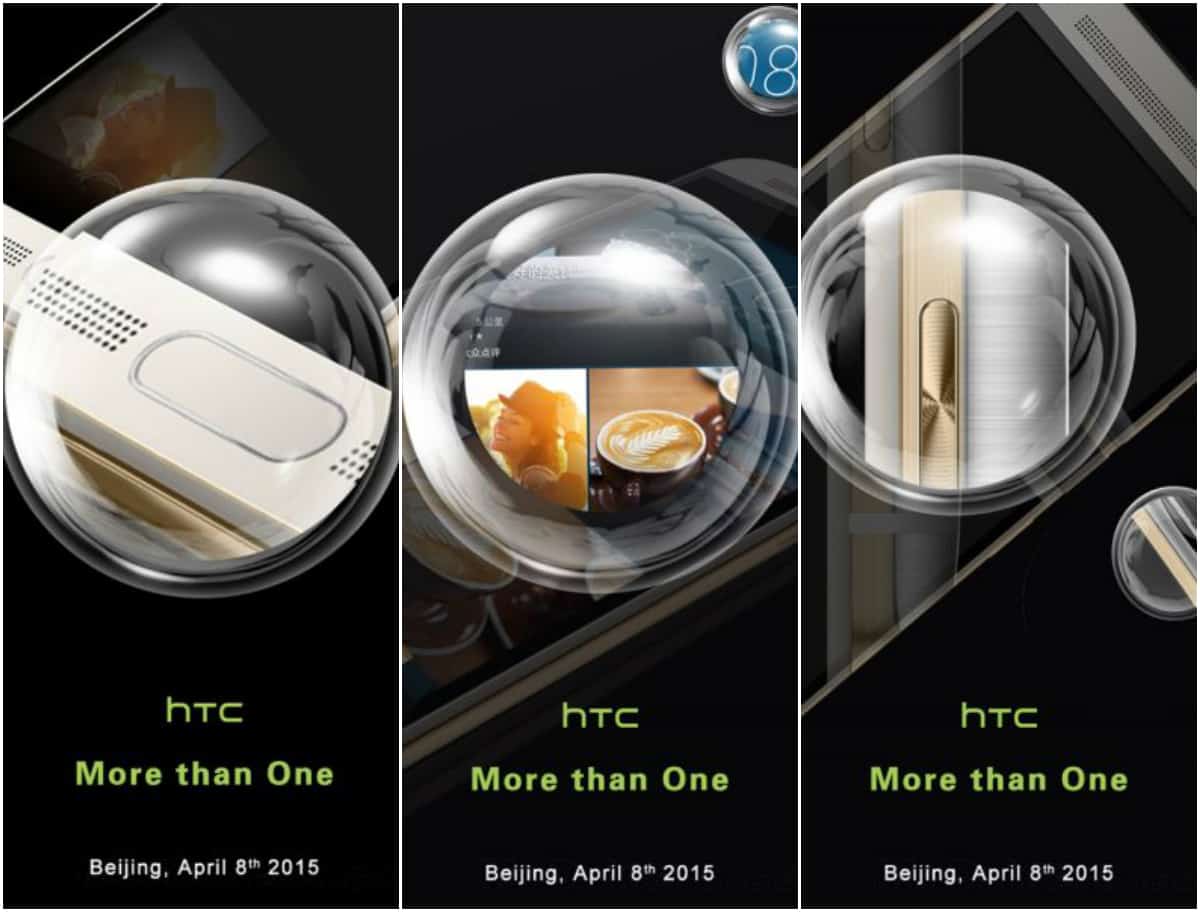 HTC has announced the One M9 handset on March 1st as part of the Mobile World Congress (MWC) in Barcelona. The company did not, however, announced the One M9+ handset that was leaking like crazy prior to One M9's release. People were starting to wonder if the device is real at all, but we didn't have to wait for long. Quite a few leaks came our way after the One M9 announcement regarding the One M9+, and HTC has also scheduled an event in Beijing on April 8th, where this device will get unveiled.

This handset has been leaked by @upleaks about a week ago, and now we get three new teaser images from HTC basically confirming the looks of this device. If you take a look at the gallery down below you'll notice that all three images showcase the design of the phone. Each of the images puts focus on a part of the device, the first one puts its home button in focus, the second one showcases its UI and the third one shows us the power / lock button and the metallic champagne-colored trim around the device. All three teasers mention April 8th as the release date as well

According to previously leaked information, including the AnTuTu benchmark, this handset will sport a 5.2-inch 2K (2560 x 1440) display along with 3GB of RAM and 32GB of internal storage. MediaTek's MT6795T octa-core processor will power on this handset along with a PowerVR Rogue G6200 GPU for graphics. On the back of this handset, you'll be able to find a 20.7-megapixel and an additional snapper above it (Duo Camera setup, similar to the one on the One M8). 4-megapixel UltraPixel camera will quite probably be located on the front, though that's not confirmed at this moment. Android 5.0 Lollipop will come pre-installed on the One M9+ with HTC's Sense 7 UI on top of Google's operating system. The home button pictured in an image down below will quite probably double as a fingerprint scanner, at least that's what the leaks have been pointing towards thus far.