When a new device is launched, it’s quite usual for competitor manufacturers to welcome the device to a given club – such as big screens, multi-core processors, wireless charging, optically stabilized rear cameras, metal construction and in the case of today’s announcement of the new LG G4, a leather design. You see, today, LG finally made the G4 official and within the specifications – which include the 2,560 by 1,440 QHD resolution, 5.5-inch LCD curved panel, Qualcomm Snapdragon 808 processor, 3 GB of RAM and some superb looking camera specifications, LG also revealed that (like Motorola) the company is offering a genuine leather back for the G4. Whilst we don’t know for certain that the G4’s leather rear back will cost more, it is looking likely. Still, this hasn’t stopped Motorola from reminding LG that they were offering genuine leather-based backs for the Moto X (and used leather for the Moto 360) last year. LG responded by thanking Motorola for watching the event, which seems to have stopped the good-natured jibes between the two manufacturers. Certainly, LG could have highlighted a long string of superior hardware numbers on the G4 compared with the Motorola Moto X.

Of course, the G4 and Moto X are quite different handsets that are arguably a generation apart (at least half a generation). And whilst they are also flagship models, the manufacturers appear to pitch the devices slightly differently. The G4 is an out and out flagship (with the possible exception that the G4 comes running, on what is numerically a lesser processor than the Snapdragon 810), whereas the Moto X might be considered to be something of a thinking mans’ flagship, instead, concentrating more on functional everyday features and a solid, if, non-glamorous smartphone experience. 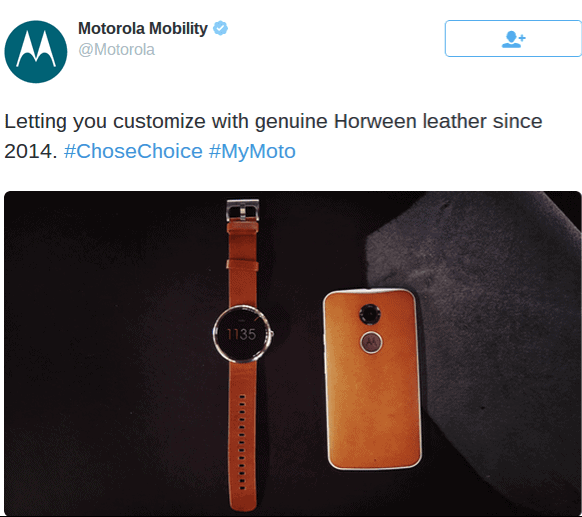