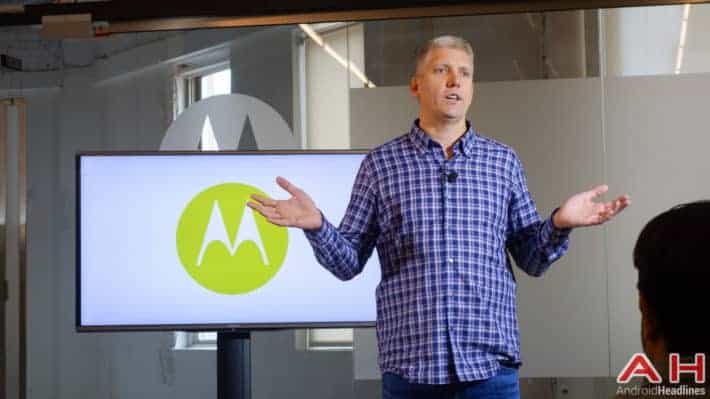 In the past, Motorola has often been at the forefront of innovation in the mobile phone industry. Over a decade ago, it was Motorola that wiped the floor with the competition, when they introduced the original Razr flip phone. However, once the game moved on and the smartphone era started taking shape, Motorola was largely left out of the gold rush in the initial years. It wasn't until 2013, when Motorola launched a certain mid-ranged device, that they were able to shake the entire industry out of their collective slumber. That device was the original Moto G, something that truly brought Motorola back to the game.

Mr. Rick Osterloh, CEO of Motorola Mobility, expressed his views earlier today about the rewards and challenges that await companies like Motorola in unknown terrain. In a blog post, he wrote about his belief that the evolving market for smartphones in countries like China and India offers as much an opportunity, as it poses a challenge. In his opinion, people in the emerging markets have different needs and different expectations from their devices than people in the developed world. That is mostly so, because most people in places like China, India and Africa are only logging on to the net for the first time on their handheld devices without ever having experienced the net on a desktop, unlike most of the developed world.

It is with these new users of smart devices in mind, that Motorola had originally developed the Moto G and the Moto E, he wrote. That includes people with severely restricted internet access either for technological, financial or political reasons. The two devices were originally meant for those who were either using feature phones, or substandard smartphones, and had no prior experience of what real smart devices could do for them. He believes that these first time users, and the people who have been left out of this revolution thus far, could well be the next frontier for Motorola and their competitors over the next decade.

He also went on to say that he regretted Motorola's exit from China, and being able to restart operations there, was one of his proudest moments as the CEO of the company. He believes that Motorola absolutely needs to be successful in China, and the reasoning for his argument is pretty simple. China, being the world's single largest smartphone market, offers an opportunity like no other. But the uniqueness of the Chinese market adds a new dimension for global manufacturers. Because of regulatory prohibitions, Google services are not available in the country. That has allowed a number of different and competing platforms to spring up, which in turn, is adding to the coffers of those companies, and is going to aid them in realizing their global ambitions going forward. Mr. Osterloh also made it abundantly clear, that while the US market continues to be important "as a source of platform innovation", the more "interesting opportunities" lie in the hitherto untapped markets. It is here, he said, that newer, younger and swifter competitors are building their brands from the ground up and innovating at breakneck speed. This is where he believes the next big push is going to come from.

Mr. Osterloh sounded cautiously optimistic about Motorola's chances in such an environment and expressed doubts over the ability of his current rivals to maintain their leadership positions, predicting that "the winners of this new era are going to look a lot different from the winners of the last one".