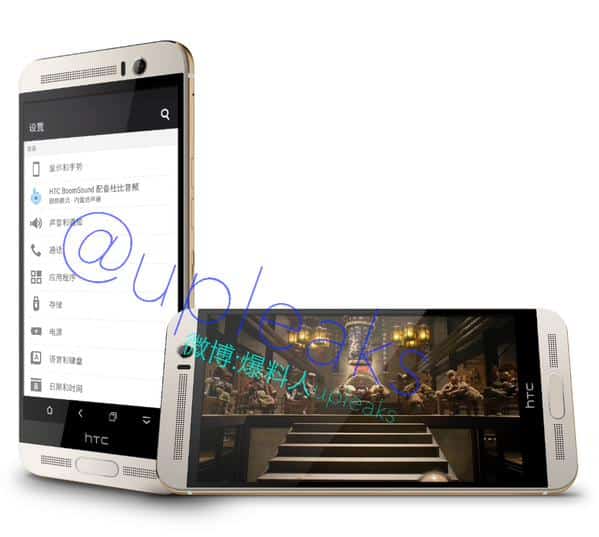 From most people's perspective, March was the month of the Samsung Galaxy S6. However, that won't be the case from HTC's perspective. From their point-of-view, March was very much the month of the HTC One M9. Their latest flagship device has been long in the headlines, thanks to a massive pre-announcement build up of speculation and rumors. Even once the device was released, the speculation and rumors did not stop as it was largely expected that like Samsung, HTC would be releasing two variants of the device, the One M9 and the One M9+. Although, the latter did not seem to make its scheduled appearance.

That said, if March was the month of the One M9 for HTC, then in spite of the One M9 actually seeing its official release this Friday, April is very much going to be the month of the One M9+. This is because the Taiwanese company are planning on officially unveiling the One M9+ in a special event tomorrow (April 8th) in Beijing. According to the rumors, the One M9+ is likely to come equipped with a 5.2-inch Quad HD display (2560 x 1440 resolution). Inside, the One M9+ is rumored to be equipped with 3GB RAM and powered by a MediaTek (MT6795T) octa-core processor along with a PowerVR Rogue G6200 GPU. Memory wise, the One M9+ is expected to come with 32GB internal storage while on the camera front, there is an expected 20.7-megapixel offering coupled with a 4-megapixel Ultra Pixel front facing camera. Not to mention the device will come running on Android 5.0 (Lollipop) underneath HTC's Sense 7 UI.

Well, they were the specs and thanks to the abundance of leaked renders and images, the look of the device has also been largely assumed to be a forgone conclusion. In fact, the last week has seen a ton of renders making their way online. Even with the event only hours away, it seems the renders have still not finished coming either. Known tipster @upleaks who has already been leaking renders of the One M9+ this week, sent out a couple more renders this morning, for people to digest prior to the Beijing event. 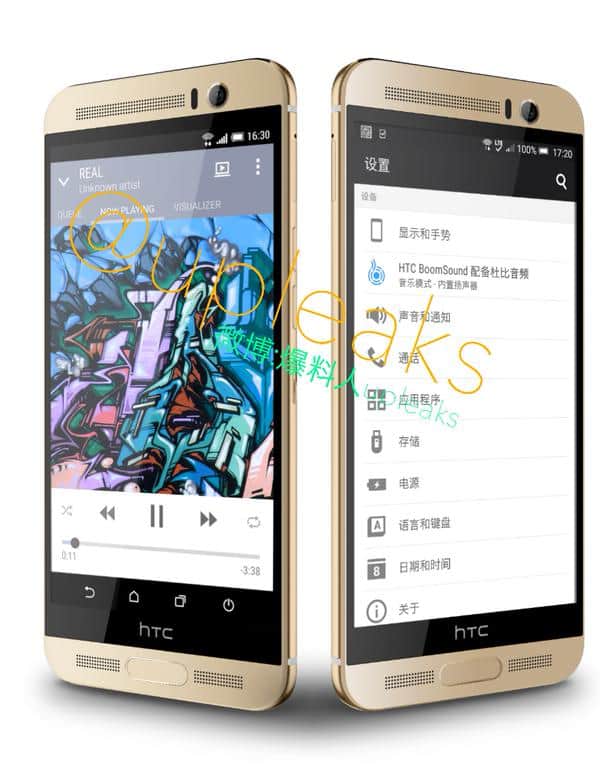