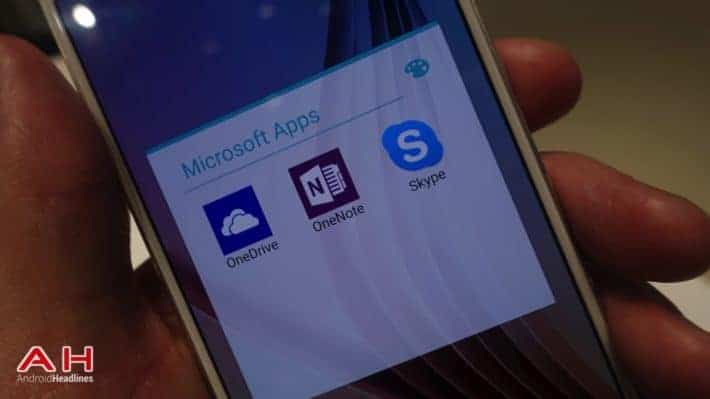 When a company has been a major part of an industry for as long as Microsoft has, it’s no surprise the company has amassed tons of patents. Many of these patents are absolutely essential for anybody looking to produce a modern smartphone these days, thanks to Microsoft’s hold on the FAT file system which is still used by microSD cards and other such patents. There was a joke some time ago that Microsoft made more money off of patent licensing fees from Android devices than they did from shipping Windows Phone devices. No longer a joke, but a serious source of income for Microsoft, the tech giant has seemingly discovered a way of keeping their license fee payers happy by lowering their prices, while also getting their services front and center.

Earlier this year, Samsung launched the Galaxy S6 with a number of Microsoft apps pre-installed, such as Skype, OneDrive and OneNote. Samsung turned out to be just one of many major players that signed an agreement with Microsoft to pre-install their apps and services on their devices. Among them was Dell, who now make some impressive Android tablets. According to DigiTimes Research, the terms of this deal could also include a reduced fee for licensing the company’s patents. If true, this would be a very smart move on Microsoft’s part.

Not only does it keep these OEMs happy as they now have to pay less to license the same patents, but it also gets their cross-platform services across to even more users. Samsung is no stranger to including third-party apps on their smartphones and we’re willing to bet that they were more than happy to install a few apps to pay Microsoft less money per unit sold. Microsoft is taking a new approach to their services these days, by offering things like Microsoft Office to everyone, and pushing the cross-platform nature of services like Skype. It’s about time we saw Microsoft adopt this sort of approach, after all it’s what made Google Docs so successful in the first place. Over time, pre-installing these apps might just turn people around to the idea of using Microsoft services outside of the Windows world.