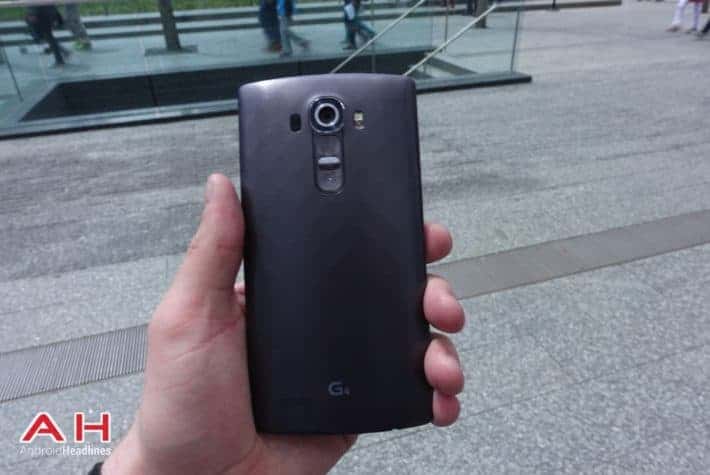 Earlier this week, LG announced the G4, their latest and greatest smartphone. Much of the spotlight was on the leather backing of the device, as well as the new camera and the new camera software. In fact, there are so many numbers and figures that go into the G4 that it's hard to keep up. If there's a smartphone that was built by science, then the G4 is that smartphone. Those interested can see the full specs list here, but for those just looking to see what all these numbers and frequencies mean for you, LG have your back.

On the inside of the G4 is the Snapdragon 808, a hexa-core CPU that combines two high-performance Cortex-A57 cores with four Cortex-A53 cores designed to sip power and take care of less intensive tasks, thus saving on battery life. The Snapdragon 808 has been fine tuned for the G4, and LG is pretty confident about the device's performance. There are 16 and 8-megapixel cameras on the rear and front, respectively and LG have been talking the device's camera performance up a lot. In this latest infographic, LG break the numbers down and let us know just what all the fuss about. Key points like the ability to manually adjust the shutter speed from a blazing fast 1/6000 of a second all the way up to 30 seconds. This gives you massive flexibility in creating excellent photos, and the f/1.8 aperture is 11% brighter than the f/1.9 aperture in competing devices like the Galaxy S6 and Galaxy S6 Edge.

Last year's G3 came with a pretty impressive display, but LG have managed to make this display 25% brighter, 20% more color accurate and it offers 50% more contrast compared to last year's device. Elsewhere in the infographic, LG nail the point home that the G4 offers expandable storage, giving users 32GB onboard as well as up to 128GB with a microSD card. There's a 3,000 mAh battery here that also happens to be user-replaceable unlike that in the Galaxy S6 and Galaxy S6 Edge.