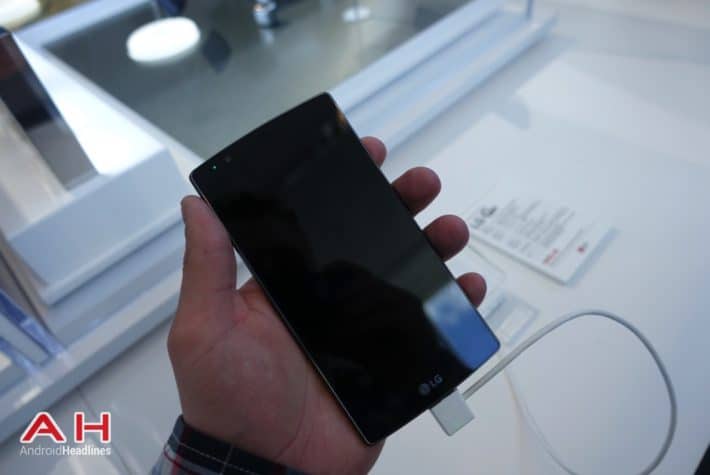 Today is LG's day apparently, this Korea-based smartphone OEM has announced their long awaited G4 flagship. Most of the leaks that we've seen lately were basically spot on, LG has took a significantly different approach this time around and introduced a slightly curved flagship which sports a real leather back (in some variants of the device). The phone is quite obvious LG's device though, you can easily tell by looking at the rear-facing physical buttons. Anyhow, we've already covered the general announcement of this device along with its specs and a lot more is coming.

That being said, Verizon Wireless, one of the biggest carriers in the U.S. has tweeted out that the LG G4 will soon become a part of their lineup along with Advanced Calling for HD Voice and Video. Along with the tweet, Verizon has posted a link for the company's newsletter which will keep you in the loop and notify you when the device is available. In case you'd like to find out more, follow the source link down below. This U.S.-based carrier has also attached a short video similar to a .gif animated image along with this tweet which showing off the upcoming device, interestingly enough the leather back version is missing from that video. This, of course, doesn't have to mean that Verizon won't offer the leather back version, but it's interesting nonetheless.

Regarding its specs, the LG G4 features a 5.5-inch QuadHD (2560 x 1440) Quantum LCD display along with 3GB of RAM and 32GB of expandable internal storage. This handset is powered by Qualcomm's Snapdragon 808 64-bit hexa-core processor which ships with an Adreno 418 GPU. The 16-megapixel OIS camera is available on the back side of this device (f/1.8 aperture) and is flanked by LG's Laser Auto Focus. The 8-megapixel snapper is located on the front side of the device and should provide more than decent results as well. Android 5.1 Lollipop will ship pre-installed on this device with LG's UX 4.0 on top of it. The LG G4 is also offering 4G LTE support (Cat.6), wireless charging and a lot more. In case you'd like like to know more about the specs of this handset, click here.