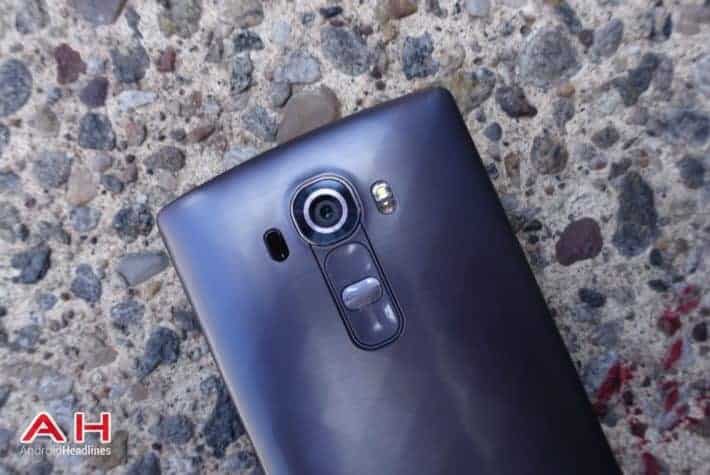 Over the years phones have evolved their cameras from something that was a cool bullet point on a spec list to being quite possibly the most important part of the smartphone experience.  Grainy, noisy photos of the past with bad color accuracy and scene representation have been replaced with photos that look like they've come from a professional photographer with high-end equipment.  Thanks to the processing power of today's smartphones and the incredible sensor technology pioneered by company's like Sony, smartphone photography now eclipses any other type of photography in use simply because it's what everyone carries with them everywhere they go.  LG isn't content with just providing a camera that's made to hang with the best of them in the world, rather they're looking to destroy boundaries that we thought were possible with smartphone photography.

Enter the G4, LG's most advanced camera yet on a smartphone and one that's looking to replace every kind of camera you would ever need, no hyperbole needed.  Starting off with the lens LG has equipped the G4 with an f/1.8 lens which represents one of the most advanced lenses on the market.  Lowering the f-stop rating gives better low light performance as it lets more light into the sensor, among other characteristics of what changes about the lens.  This places it 0.1 less than the Galaxy S6 giving it 11% better low light performance inherently.  This in conjunction with the new optical image stabilization (OIS) 2.0, which is touted to perform twice as well as previous OIS, could bring about the best low light performance in any phone on the market. LG has included a significantly larger image sensor this time around too, 16MP at a 40% larger 1/2.6", yet again bringing in more light for better photos.

The camera itself even launches in 0.6 seconds, faster than any phone out there.  In addition to that LG has included a new quick shot feature that instantly takes a picture even when the screen is off by double tapping the volume down button on the back of the phone.  Next to the lens you'll find the laser auto focus, which was pioneered with last year's G3 and now focuses in 0.276 seconds.  LG has also introduced a brand new color spectrum analyzer sensor that's designed to deliver more accurate white and color balance than ever before by recognizing ambient light and objects as well.  It reads both RGB light and infrared light, helping identify these objects, as well as their actual color.

This extends to the actual software itself which now provides a new easy-to-use interface via simple or auto mode, and also with advanced features for users that require them.  Some new modes include light trail shot, which allows a user to hold the phone in place and capture light trails over a period of time to create an artistic effect.  Manual mode brings as many features as you would find in a dedicated SLR camera including professional necessities like manual focus, ISO, shutter speed and more.  Manual mode brings full RAW capabilities to the LG G4 as well, providing a superior post-processing editing experience.  For those looking for a great selfie experience LG has boosted the resolution of the front-facing camera to 8MP as well as adding in a new gesture mode that takes 4 shots in photo booth fashion for finding the best result.