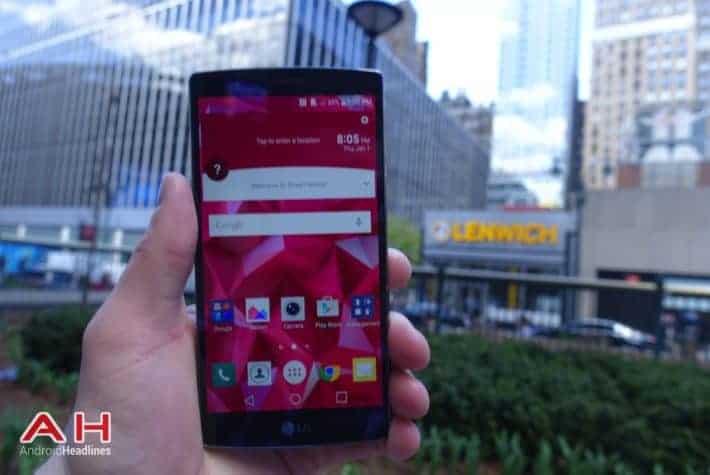 LG has officially unveiled their latest flagship less than 24 hours ago, the LG G4. There have been speculations in the Korean Media over the past few days about the viability of the device from the sales point of view, with some analysts believing that sales will fail to meet expectations of the market. LG however, would beg to differ. LG expects significantly higher sales figures with the G4, compared to their previous flagship, 20% higher to be precise. According to reports in the Korean press, LG believes that they can sell 12 million of these high-end smartphones this year compared to the 10 million odd, that the G3 is said to have sold. Although that would still be just a drop in the ocean compared to the 70 million that Samsung has been talking about for their Galaxy S6 twins, it will still be a major improvement over the G3 if LG can actually make that happen.

The LG G4 comes with a curved 5.5 inch Quad HD (2560 x 1440) display, which LG claims, would be significantly brighter than last year's G3. The device will be powered by a Qualcomm Snapdragon 808 hexa-core SoC and comes with 3 GB RAM and 32 GB built-in storage. The rear camera on the device is a 16-megapixel one, with Optical Image Stabilization (OIS), Laser Auto-Focus and an f/1.8 aperture that LG has taken great pains to highlight in their previous promotional videos. The battery is a removable one and rated at 3,000 mAh. Connectivity options include WI-FI 802.11 a/b/g/n/ac, Bluetooth 4.0, NFC and Cat.6 LTE. The phone also comes equipped with an IR blaster, which allows the user to use the device as a remote control. The LG G4 will come with Android 5.1 Lollipop out of the box.

While some believe that LG might have avoided Qualcomm's flagship Snapdragon 810 out of heating concerns, there have been reports that certain sections of analysts are not happy with the decision and believe that it could go against LG in their quest for better sales figures. It remains to be seen if LG are indeed able to do better than the last time around, especially with their direct competitor Samsung's Galaxy S6 and S6 Edge being so well received both by the media and by the mainstream public alike.