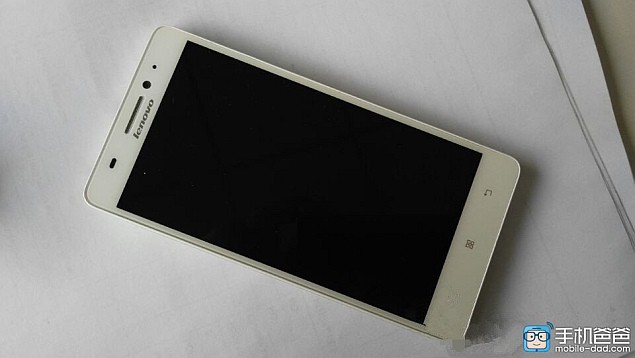 Lenovo is one of the China's biggest tech companies in general. This company is manufacturing all sorts of tech, including laptops, smartphones, tablets, etc. We haven't heard much from Lenovo lately, but it seems like they're preparing a new mid-range handset to announce, at least according to the latest leak that came our way. This information comes straight from China, and it shows us the device itself while also mentioning some details about the device's specifications. Let's see what's what, shall we.

The company has introduced the Lenovo A7000 during the Mobile World Congress (MWC) in Barcelona last month, check out our hands-on coverage if you're interested. This handset will launch in India tomorrow (April 7th), and these new details actually regard to the Lenovo A7600-M, a mysterious new mid-ranger by Lenovo. This is basically the A7000 with a somewhat bumped up specifications, but it's still a mid-range device. According to the images provided by the source, this handset looks almost (if not completely) identical to the A7000, the images available in the gallery down below prove that fact. According to the source, the A7600-M will feature a 5.5-inch 720p (1280 x 720) display along with 2GB of RAM and 8GB of internal storage (expandable via microSD card). MediaTek's MT6752 octa-core processor is powering on this handset and it seems like a 3,000mAh battery unit will ship with this device. The 13-megapixel camera will be located on the back of this device, and a 5-megapixel snapper will be located on the front for your selfie and video call needs. Android 5.0 Lollipop will come pre-installed on this handset along with Lenovo's Vibe UI on top of Google's operating system.

As far as the design goes, we're looking at a device which sports plastic on both its front and back, and what seems to be a metal frame in-between. Both its power / lock button and volume rockers seem to be located on the right side of the device. We're still not certain this handset looks completely identical to the A7000 despite the info, but it sure looks like it. Anyhow, this handset will almost certainly offer 4G LTE connectivity, though we still don't know when will it launch or how much will it cost.