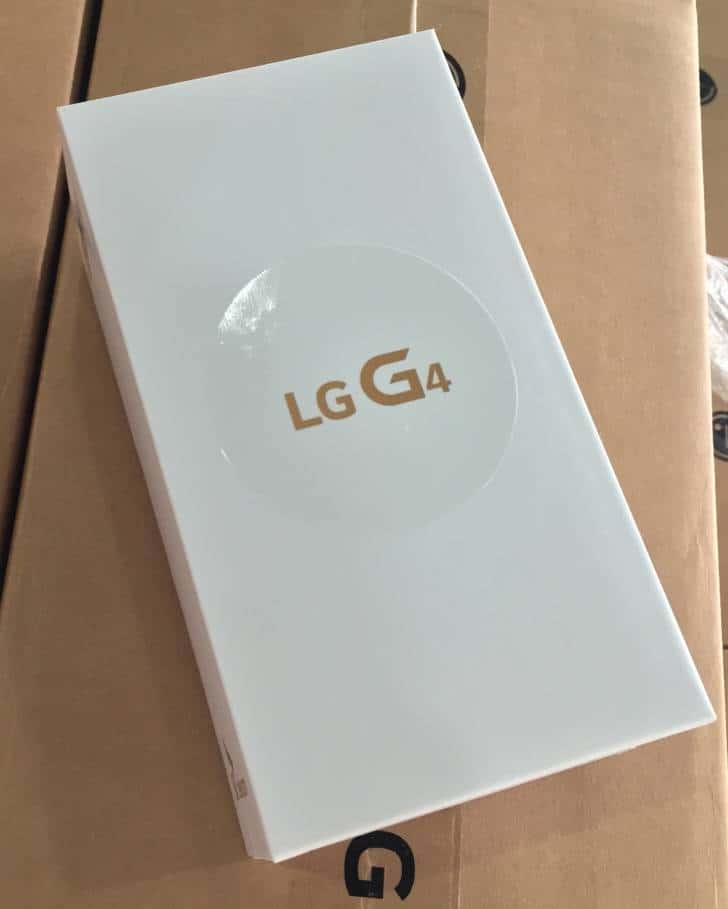 Between official teasers and unofficial leaks most of the details regarding flagship devices are known to the public prior to their announcement. The LG G4 has been no exception. In addition to the seemingly inevitable leaks LG has not been shy when it comes to teasing specifics regarding its upcoming flagship. A new leak reveals the LG G4's packaging, which, if legitimate, also confirms some of the devices rumored specifications.

A press release from LG on April 2nd and teaser video released on April 15th all but confirmed the G4 will be sporting a 5.5 inch Quad HD (2560 x 1440) LCD display with IPS Quantum Dot technology, which should make the display brighter, more accurate in terms of color reproduction, and more efficient than traditional IPS LCD panels. The press release on April 2nd also touted the new display has a higher contrast ratio, improved touch sensitivity, and 20% wider color gamut than the display found on last year's G3. Taking a closer look at the leaked box (see below) we find details (5.5-inch, Quad HD, IPS Quantum Dot) supporting what we expect from the display of the soon to be announced G4.

The leaked packaging also mentions the 16-megapixel rear camera with laser autofocus and an aperture of f/1.8 that LG teased on April 8th, as well as the 8-megapixel front facing camera. A Qualcomm Snapdragon logo on the packaging also confirms the G4 will be powered by Qualcomm, which is rumored to be the Snapdragon 808. Apparently the G4 will also come with a set of Quad Beat 3 headphones, which should be an improvement over the relatively solid Quad Beat 2's that were paired with the G3.

The most interesting details found on the box suggest the G4 will contain a 3,000 mAh battery, which was rumored but not officially teased by LG. The box also states the G4 has a "Color Spectrum Sensor", which probably refers to tech utilized in one or both of the cameras but we can't be sure. Guess we will have to wait a few hours until the phone is announced for that one.

While we had a pretty accurate picture, literally, of what LG will bring to the table with the G4 this recent leak adds more substance to several rumored and teased specifications. If we get all that is expected in the upcoming announcement, and hopefully a few tricks LG has kept up its sleeve, then LG has produced a pretty remarkable and compelling flagship for 2015. 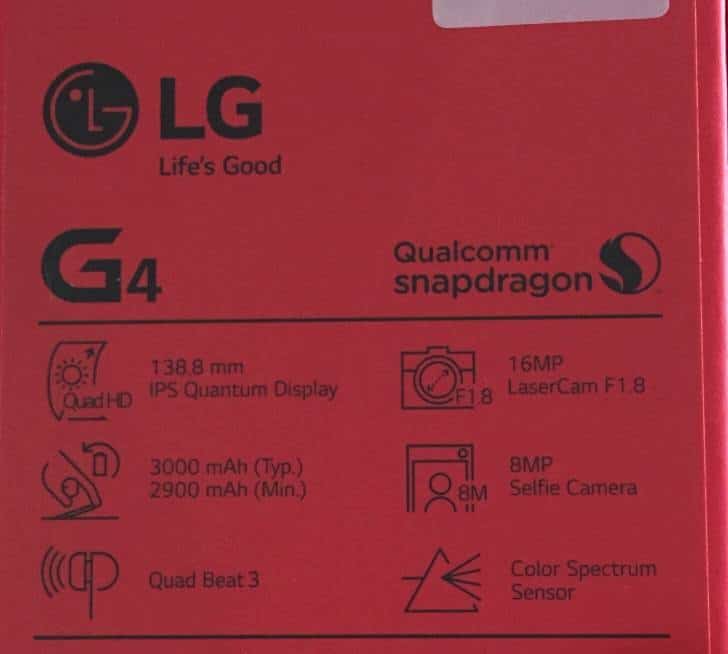