Google officially lifted the curtains on their Project Fi wireless service this morning and many of the speculations and rumors on what it would include as well as how it would work were confirmed. If you’re interested in using Google’s Project Fi service there will be a few things you need to know before you consider it, and you can find all the details right here. Is it worth ditching your existing wireless provider and jumping ship to Google’s network? Will it work in your area? Does your device support it? This breakdown of all the ins and outs of the service should help you answer those questions.

If you’re unsure of what Project Fi actually is, there isn’t a whole lot of complexity to it. It’s Google’s vision of the future of wireless networks and Project Fi is a collaboration between Google and trusted carrier/device partners that seeks to make the future in this vision a reality for all consumers. Google has built up a framework around the existing technologies of their carrier partners, and more than a million free and reliable WiFi networks around the nation. When connected to WiFi for the service instead of either T-Mobile or Sprint, Project Fi routes whatever you’re doing through a virtual private network (VPN) to keep things secure. By leveraging these technologies Google has created a way for consumers to get the best experience with the network no matter where they are.

Google is working with two different carrier partners at this point in time, with no mention of them adding any others for the time being. At current, the service will switch between WiFi networks when available, or the T-Mobile and Sprint networks depending on who has the most reliable signal strength and fastest speeds based on your current location. This allows the service to give the user the best experience for whatever they’re doing. Although we haven’t tested it ourselves, the act of switching back and forth is supposed to be seamless without any disruption to the customer and this includes if you’re starting a voice call on WiFi and switching to a network. If you become a Project Fi customer, Google assigns you a Project Fi phone number that attaches to your Gmail so you can not only make and receive calls and texts from your smartphone, but from anywhere that you can access data.

This brings us to the detail about devices, and which ones are currently compatible with Project Fi service. Initially, Project Fi will only be compatible with the Nexus 6 made by Motorola. So how does it work to allow you access from other devices? Setup of Project Fi service has to be done on a Nexus 6 handset, and during that process Google will prompt users to opt in to attach the Project Fi number to their Gmail account, which in turn allows you to connect to others with your Project Fi number through Hangouts for calls and messages, no matter the device as long as your Google account and hangouts is accessible on the device you’re using. This means tablets, laptops, desktops, you name it. As long as Project Fi was set up on the Nexus 6 to begin with, you can use it virtually anywhere. 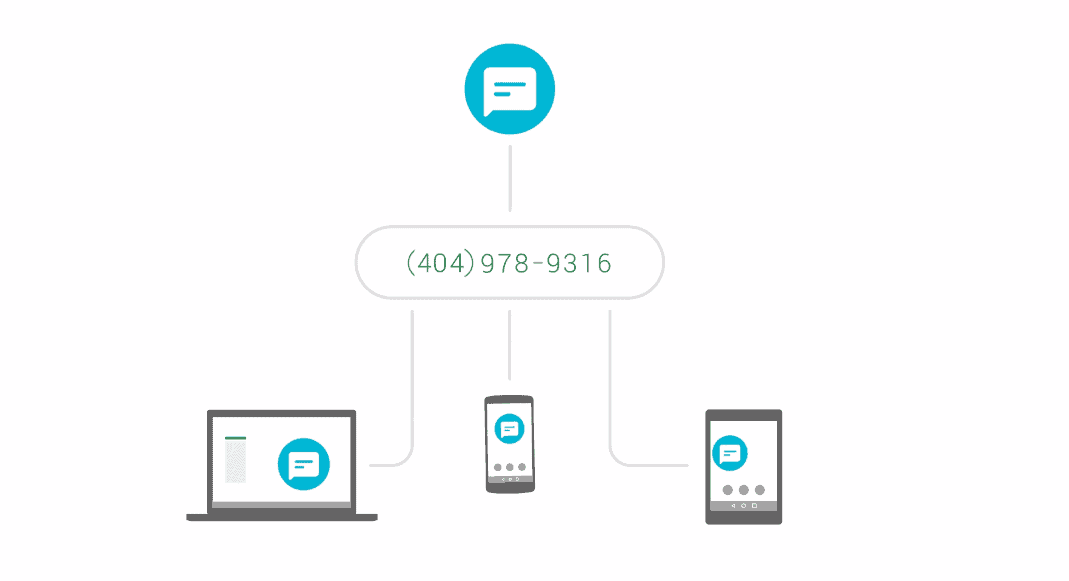 So you have a compatible device and you like the way things are beginning to sound. Can you set things up? Not exactly. At the moment Project Fi has an “invite only” restriction tied to it. This means you can request an invite to the service, but it doesn’t guarantee you a spot on the team. However, if you’re truly interested in giving it a shot and you have the requisite hardware to make things happen, (or plan on buying it) request an invite and cross your fingers. Presumably, once Project Fi has had more time out in the open and has been fully functioning with customers for a longer period of time, Google will likely open things up to more consumers and eventually without invites, so even if you don’t get in right away, patience is a virtue. Sit tight, and Google will open things up as they go.

Before you can really decide if you’re interested you need more details besides what devices are compatible and how you can sign up. You’ll need to weigh out the cost, if it works in your area, and once you know what your’re paying and what you’re paying for, you can contrast it against what you may already have set up with your existing carrier. First, the costs. This is as simple as wireless plans can get, honestly. Google has things set up on a base cost of $20, which nets you unlimited talk and unlimited text, plus unlimited international texts and low-cost rates for voice to 120+ countries. From there, data usage is set up as a pay per use standard and it’s by the Gigabyte. Data usage buckets start off at 1GB for $10, and they go up by $10 for every GB thereafter that you request. If you accidentally pay for more data than you need one month, Google will refund you the money for the data amount you don’t use. This makes it so that customers can feel comfortable about getting the exact right amount of data every month. The starter plan with 1GB of data ends up at a total cost of $30 a month, and the highest you can go is 10GB of data plus the base cost which totals out at $120. All data buckets also come with WiFi tethering so you can share your data with other devices when you need to, and all plans have taxes and fees applied to them so you’ll want to calculate the cost using Google’s tool on the Project Fi page.

Now that you know the costs, the other important factor is to know whether or not it works in your area. Google has set up an extremely easy way to determine this with a tool to input your city/state/zip and you’ll be shown a map that details your coverage and compatibility with the network. Since this works with T-Mobile and Sprint (which are nationwide carriers) as well as the WiFi hotspots, chances are you’re covered. Check the map tool on the Project Fi homepage and see for yourself! 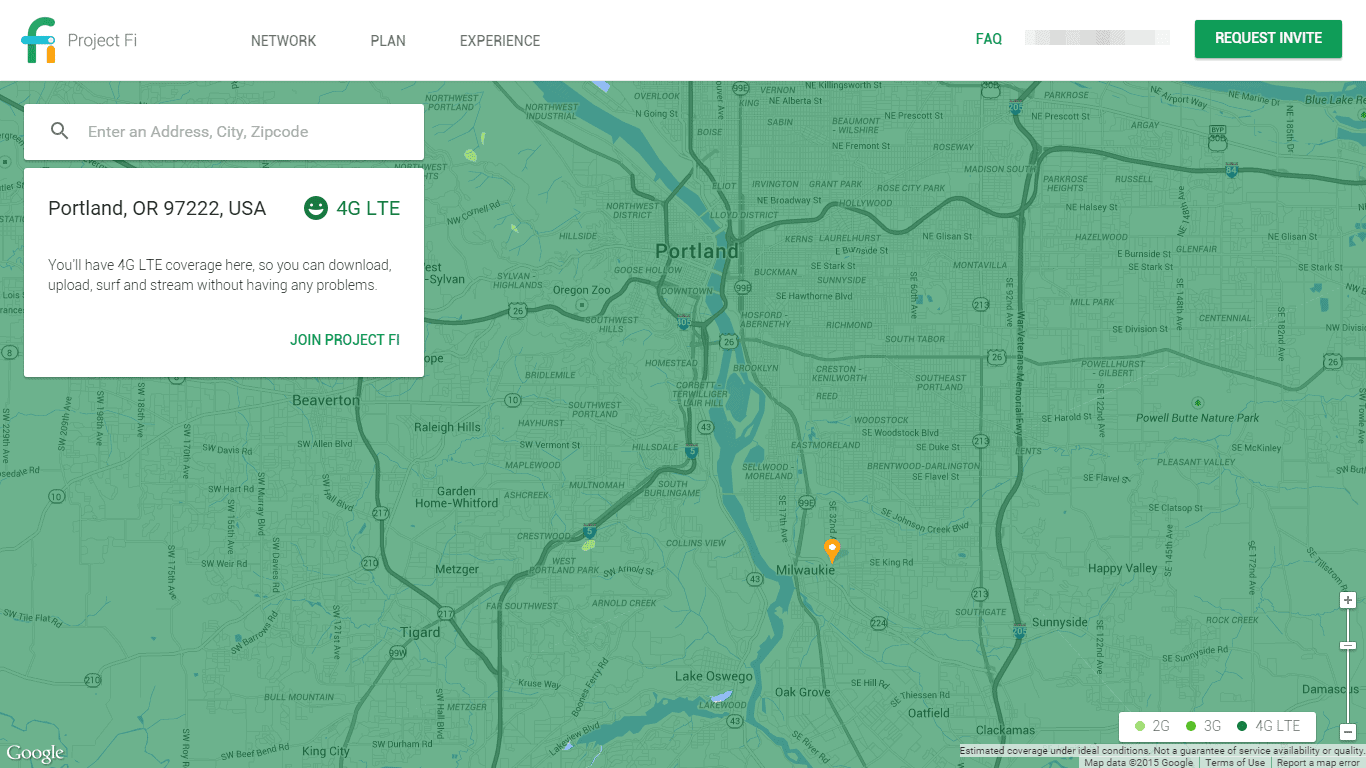 That’s the basic breakdown of the service overall, but there are a few other details worth noting if you’re planning on trying out the service. It works with a special Project Fi SIM card which has been developed to allow the switching back and forth between networks, which is why the Nexus 6 is the only supported device at this point. It supports this SIM card and it has embedded radios to work with the “network of networks” as Google calls it. Billing is handled through the phone using the Project Fi application, so you’ll receive bills to the device through the app and you can use the app to pay your bill at any point in time. You can also manage other aspects of your account from this app. Should you have any questions or need help with your bill or your account, the Project Fi support team is available 24/7. You shouldn’t have to worry about additional battery drain as Google states the network switches only happen when they have to, so you can rest assured Project Fi won’t be sucking up your battery life by needlessly trying to move you between networks. Project Fi only offers single line plans, and should you want to port your original carrier number over to use for your Project Fi number, you can do that. Just be aware of any fees you may incur. Google’s FAQ page is live so if there is anything you missed here that you wish to know, Google should have it all laid out for you.