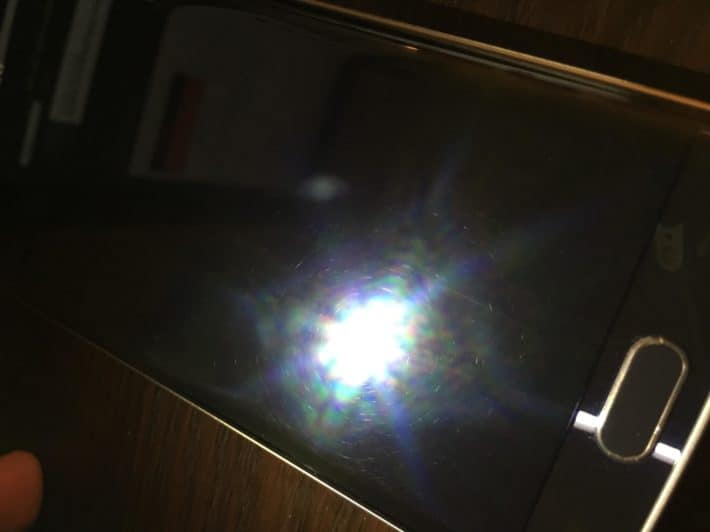 At the start of March, the world was first exposed to the Samsung Galaxy S6 and Galaxy S6 Edge. The two devices instantly grabbed the audience (and wider public's attention) due to their premium looks, feel and specs. Following on, carriers were all quick to announce their intention to stock and sell and this was even more recently reiterated when the device became available for pre-order. In fact, T-Mobile was very quick to make their intentions clear and even offering to ship the device long before its scheduled in-store date of April 10th. This was again, followed by reports that users were already receiving their devices after T-Mobile kept to the promise and began shipping early.

Well, the latest on this is that reports are now starting to slowly come in from those lucky few users suggesting that their newly purchased and premium devices are coming with scratches and marks out of the box. The first of the reports began to emerge on XDA a couple of days ago. However, since then, it seems other new owners are also chiming in, confirming that they are receiving scratched or marked units too. So much so, that although, it is still a small number, it is growing enough for people to start suspecting that the issue might be more widespread than anyone might have thought.

To try and provide a clearer overview, XDA have sent out a post this morning which looks to congregate the accounts and provide a much clearer understanding of the problem. According to the post (source link below) the problem seems to only (so far) be with the Galaxy S6 Edge, with users of the standard Galaxy S6 not reporting a similar issue. The post also notes that it seems to only be the front of the device which is coming scratched (remembering that both the front and back are glass). You can read the report (which goes into far more detail about the issue) by clicking the source link below. In the meantime, you can check out some of the images below showing the type of screen scratches being noted.