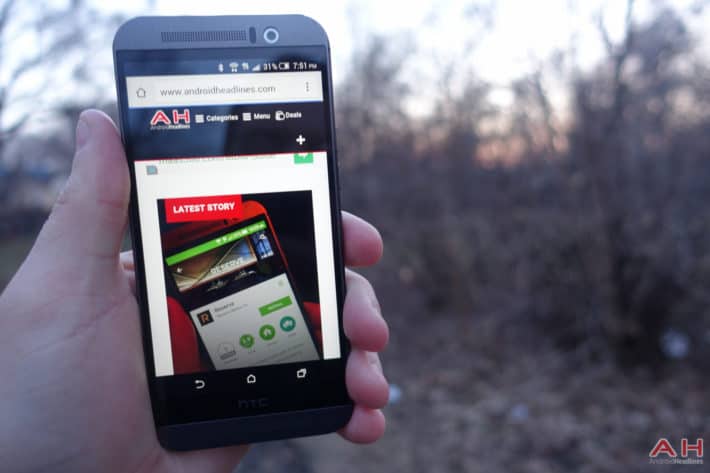 Well this shouldn't be a big surprise. We've seen this before with devices like the HTC One M9 that do not have a removable back. As iFixit does with every smartphone that hits the market, they go out and get one and tear it apart to see how easy it is to repair the thing. The HTC One M9 was actually really easy to take a part, but it'll be pretty difficult to repair. The HTC One M9 got the same score as the HTC One M8, which was a 2 out of 10. That's pretty low, and actually probably the lowest we've seen in quite a while.

Again, just like the HTC One M8, the One M9's battery is hidden deep inside the phone, making it difficult to repair, or replace if you actually wanted too. According to iFixit's report, "Burying the battery so deeply within the device signs its death certificate the day of its manufacturing birth."  iFixit's unit actually came with a dead pixel as well as some scratches on the body. Hopefully that was only their unit and won't be a common occurrence once the device is out and available to everyone through their perspective carriers and retail stores.

Inside, it appears that HTC is using Samsung modules for the RAM and storage, As well as the Qualcomm PM8994 PMIC, Broadcom BCM4356 2×2 802.11ac WiFi solution along with Bluetooth 4.1 support. Qualcomm's WTR3925 28nm RF transceiver, as well as an Avago ACPM-7800 multimode, multiband power amplifer module.

If you're interested in seeing the full report from iFixit check out the source link below. It's always interesting to see how they tear these phones apart and to see what the inside looks like. There's been a whole lot of talk about the HTC One M9 overheating, and I still think it's been blown out of proportion. I've been using a HTC One M9 for about 2 weeks now and haven't really noticed any issues with the device overheating or really getting hot. So it appears that HTC has really fixed the device to keep it from overheating.