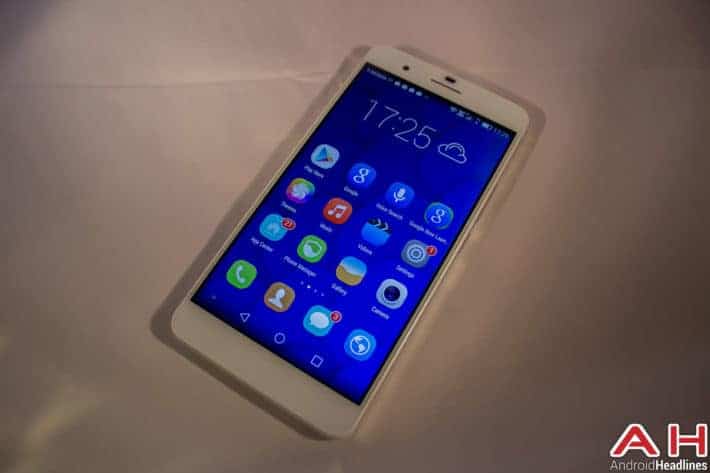 Huawei has announced the Honor 6 Plus and Honor 4X handsets back in December last year in a joint event. Both of these handsets are technically mid-rangers, though the Honor 6 Plus actually features high-end specifications. The Honor 6 Plus launched in China initially, and the company has released it in India as well, last month actually. It was just a matter of time before Huawei announced further availability of the device, and it seems like the device will hit UK really soon, read on.

The Huawei Honor 6 Plus will be available in the UK starting May 1 for £299.99 ($444), while Three UK will be the only carrier in the country to offer this handset on a contract. Those of you who are interested in purchasing this handset will be able to pre-order it from Amazon starting on April 6. The Honor 6 Plus comes sporting a 5.5-inch 1080p (1920 x 1080) LTPS display along with 3GB of RAM and 16 or 32GB of internal storage (expandable via microSD card up to 128GB). This device is powered by Huawei's HiSilicon Kirin 925 octa-core processor which ships with a Mali T628-MP4 GPU for graphics. On the back of this device, you'll find two 8-megapixel cameras (f/2.0 aperture) which are flanked by a dual-LED flash, while a 8-megapixel camera (f/2.4 aperture, Sony's BSI sensor) is available up front. 3,600mAh battery is also a part of the package here, and Android 4.4.2 KitKat comes pre-installed on this handset with Huawei's Emotion UI 3.0 on top of Google's operating system. The Honor 6 Plus offers Category 6 4G LTE connectivity in one of its versions, and it seems that version will land in the UK. This handset measures 150.46 x 75.68 x 7.5mm and weighs 165 grams.

There you have it. Those of you who live in the UK will be able to purchase this device soon, and it is safe to assume that Huawei will expand the availability of this handset soon. Other European countries will quite probably follow soon, but it remains to be seen if the company intends to push this device to the US market. Stay tuned, we'll let you know as soon as we get some additional information regarding Huawei's Honor 6 Plus handset. In the meantime, take a look at our review of this handset.