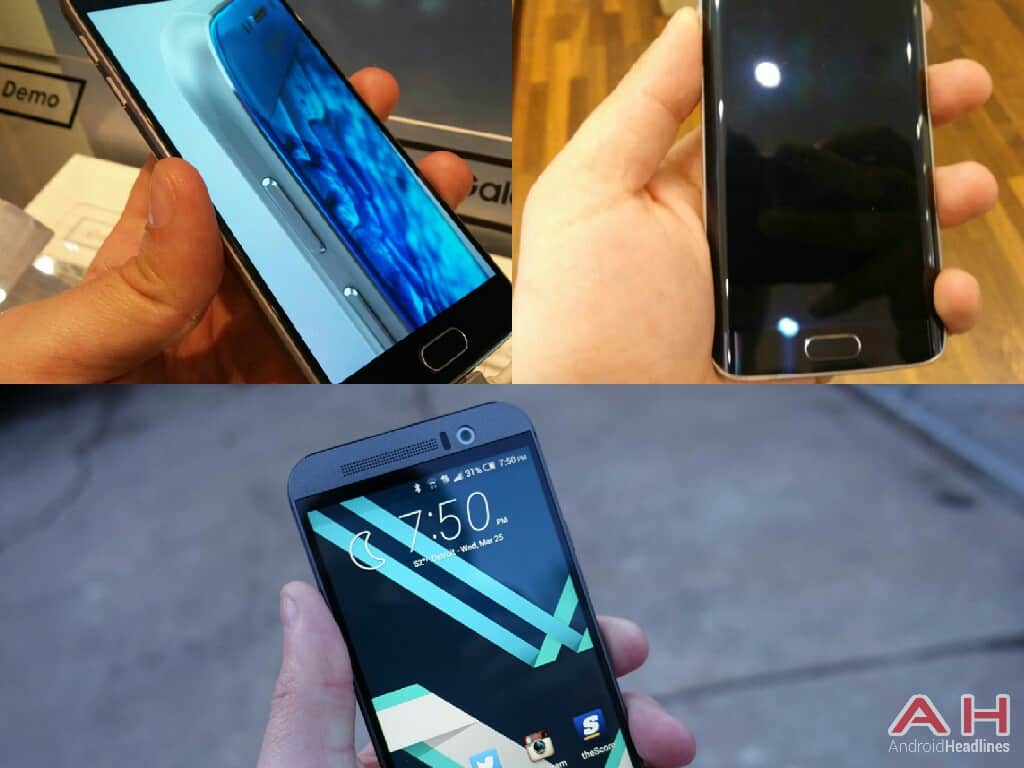 Samsung's and HTC's newly-announced flagships are going on sale all over the world today. The company is launching the two devices in 20 countries today, which means the pre-orders are now over and you can freely purchase either of these devices if you'd like. Many carriers all over the world are now offering these three devices for sale, including the ones in the UK. You can get either of these handsets from basically every major carrier in the UK, including Three UK which we'll cover today.

Samsung Galaxy S6, Galaxy S6 Edge and HTC One M9 are all available from Tree UK as speak. The carrier is offering various plans on each of these devices, and all of them are in stock at the moment. Needless to say, neither of these devices is cheap off contract, that's why there are a ton of other options provided by the carrier. The HTC One M9 is available from £39 a month with £19 upfront cost on Three UK's 1GB + All-you-can-eat minutes plan. There's of course a flat data and minutes plan which will raise the price of the device to a certain extent. Both of these plans require you to sign a 24-month long contract, of course. The handset is also available on Three UK's Pay As You Go plan though it costs a whopping £629.99.

The Samsung Galaxy S6 (32GB model) and Galaxy S6 Edge (64GB model, 32GB is not available) will cost you £599 and £759.99 on the carrier's Pay As You Go plan, but there are also a number of plans you can take advantage of if you sign a 2-year contract. You can get the Galaxy S6 for as low as £39 a month + £49 upfront cost. The Galaxy S6 Edge is somewhat more expensive though, you can get Samsung's other flagship on contract for as low as £39 a month plus £49 upfront cost. There are all sorts of plans at your disposal on carrier's official webpage, just follow the source link below and see which plan suits you best. Various colors of all these devices are also available, so you can pick the one you like the most. Also, keep in mind that prices vary depending on the internal storage option.

The HTC One M9 features a 5-inch 1080p display, 3GB of RAM and 32GB of internal storage. This handset is powered by the Snapdragon 810 SoC, a 64-bit octa-core processor and it ships with a 20.7-megapixel camera and metal unibody design. The Galaxy S6 and Galaxy S6 Edge have almost the same internals, aside from the battery size. These devices feature a 5.1-inch QuadHD display along with 3GB of RAM and 32, 64 or 128GB of internal storage (all variants available from Three UK, except for the 32GB Galaxy S6 Edge variant). The 16-megapixel OIS camera is available at the back of Samsung's new flagships and they also sport metal unibody design. All these devices come with Android Lollipop pre-installed with custom skins on top of Google's OS.